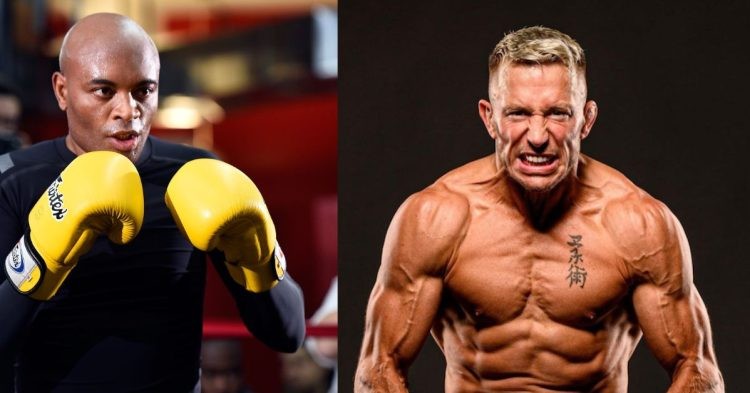 UFC legend Georges St-Pierre will be co-hosting the Anderson Silva vs. Jake Paul fight which is scheduled to take place on 29th October. However, while speaking about the fight, GSP has teased a return to combat sports.

After the weigh-in of Paul vs. Silva, GSP sat down with Luke Thomas and Brian Campbell and discussed about the boxing fight. When GSP was talking about the fight, he was asked if he’d ever make a comeback. St-Pierre said:

“You never say never, but my days of trying to prove that I’m the strongest man in the world are done now. I made peace with it.”

According to GSP, it is unlikely for him to fight professionally again. However, the UFC legend would like the idea of returning, if there is some sort of special terms involved. He added:

“I might participate at some point to a sporting contest. You know could be boxing or maybe grappling. But if it’s well organized for a good cause, why not it’s entertainment.”

St-Pierre and Silva are both considered two of the greatest MMA fighters of all time. After retirement, while Silva is still fighting in the boxing ring, GSP has been training regularly and is in phenomenal shape.

When Silva and St-Pierre were at the peak of their career, they were involved in a potential super fight. Both of them were champions in their respective weight category. However, that fight was never made official but fans now have a chance to see both of them fighting in a match.

Anderson Silva will take on Jake Paul in a boxing match on 29th Oct. While Silva faces a younger and more dangerous opponent in Paul, he has expressed his desire to fight Georges St-Pierre next.

At the press conference for his upcoming fight, ‘Spider’ talked about a potential bout against GSP, if it’s an option. On the other hand, St-Pierre has also teased a comeback if the conditions are right for him. Silva said:

“First of all, we need to check it out if GSP is out of the contract with UFC. Because I think GSP can come and do something special, the same as us.”

For Paul, it will be a daunting task this weekend but if he can beat Silva, he will be considered a world-class boxer. With many phenomenal victories over former UFC fighters Tyron Woodley and Ben Askren, Paul is already being seen as a professional boxer, who has improved tremendously since his debut.

On the other hand, Silva is already a decorated striker and is considered one of the greatest MMA fighters of all time. However, ‘The Problem Child’ will not be an as easy opponent, as he has shown the skill set he possesses and the ability to perform under pressure.