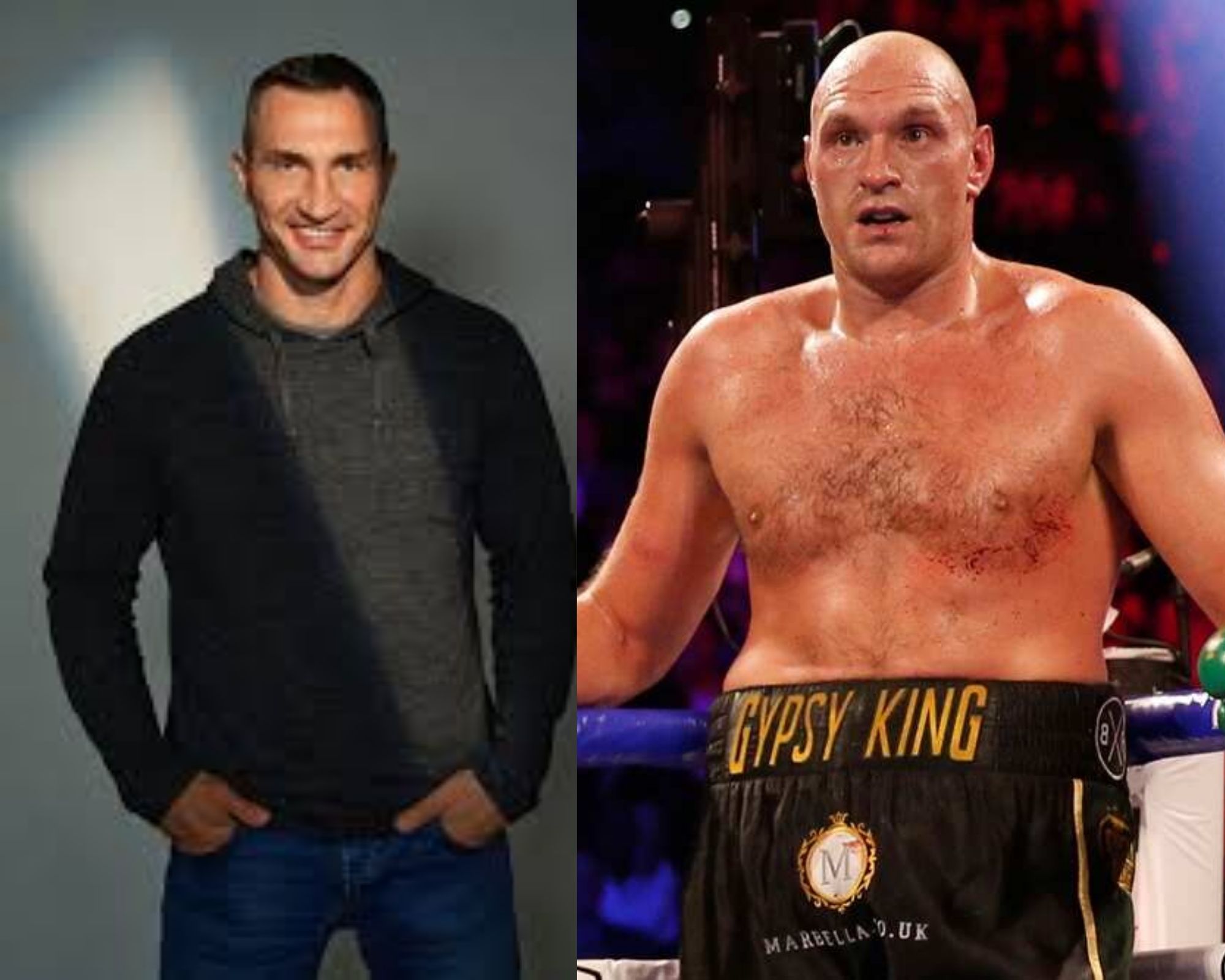 Wladimir Klitschko has called out Tyson Fury for not being in a place to call any other fighters for steroid use as he was one of them in the past.

It all started when Tyson Fury took a dig at his rival heavyweight boxer Anthony Joshua for losing his belts to Oleksandr Usyk. Joshua lost the fight miserably against Usyk last year at the Tottenham Hotspur stadium.

The Gypsy king accused AJ of losing all his belts to Usyk who came up from middleweight and defeated him. ” You big useless dosser, you let a little steroid man come and take all the belts,” said Fury in an Instagram live stream. 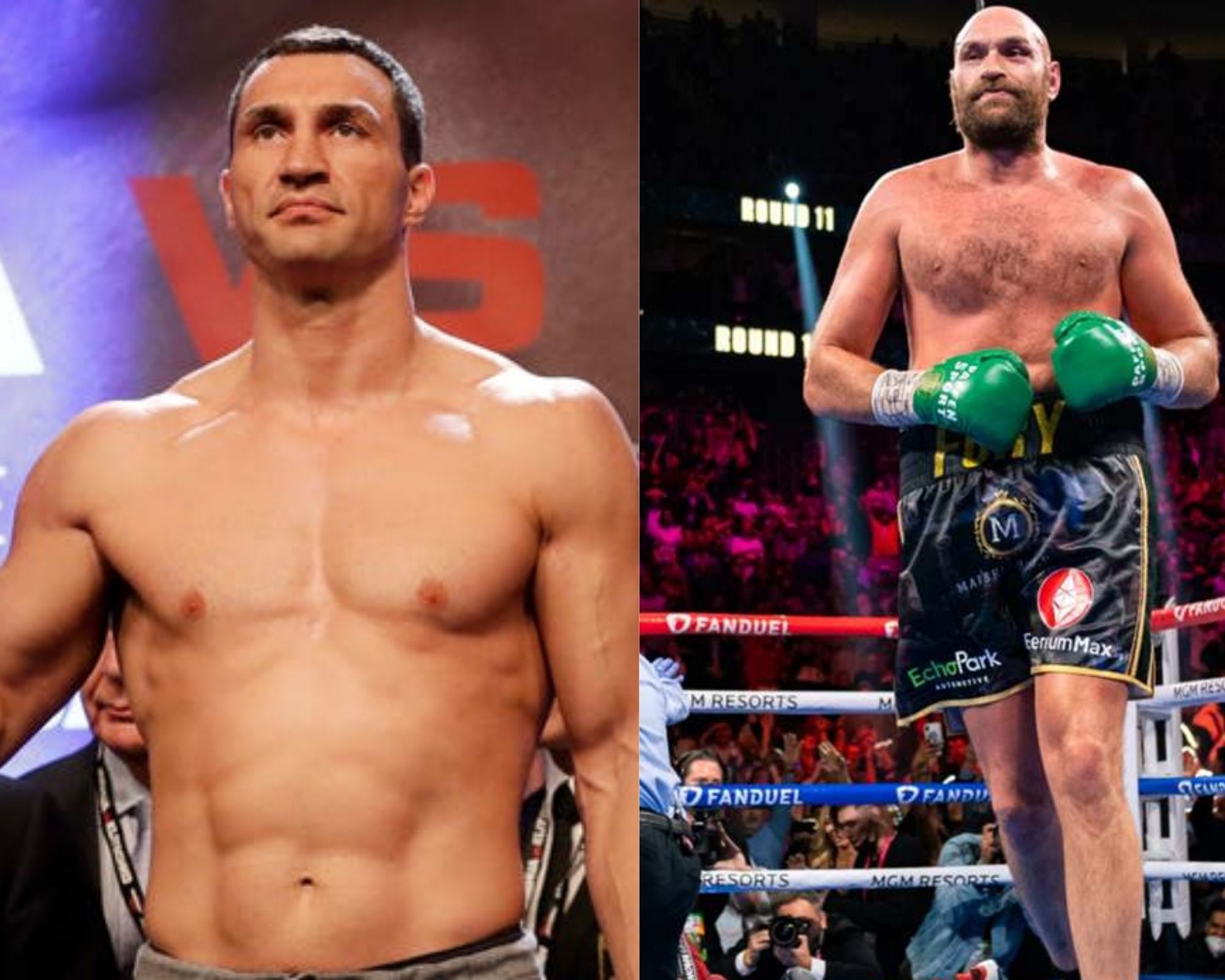 The former two-time heavyweight champion took this opportunity to throw shade at the unified champion and asked him to stop complaining as Fury was once found guilty of using nandrolone and cocaine in the past. ” You live in a glasshouse, and someone needs to take away your stones, ” wrote Klitschko.

Wladimir Klitschko hits back at Tyson Fury after seeing his recent comments about Oleksandr Usyk… pic.twitter.com/GO3DLGu0V3

The Ukrainian reminded Fury that during their fight in 2015 he was found using an illegal substance. “Wasn’t long ago..where you actually tested positive. Anyone can google it,” wrote Klitschko. Fury tested positive for the anabolic steroid nandrolone in 2015 with his brother Hughie. For which he was banned for two years till 2017.

It didn’t take the two-time World heavyweight champion to respond to his former opponent’s comments. Fury shared a screenshot of Klitschko’s post and described that he feels bad for Klitschko for being able to land a single shot in the whole fight.

“Pity that some can’t be you as you could even land a shot in 12 rounds, bum,” wrote Fury. The boxer then also claimed that both Klitschko and Usyk Aleksandr couldn’t possibly defeat the great Gypsy king. 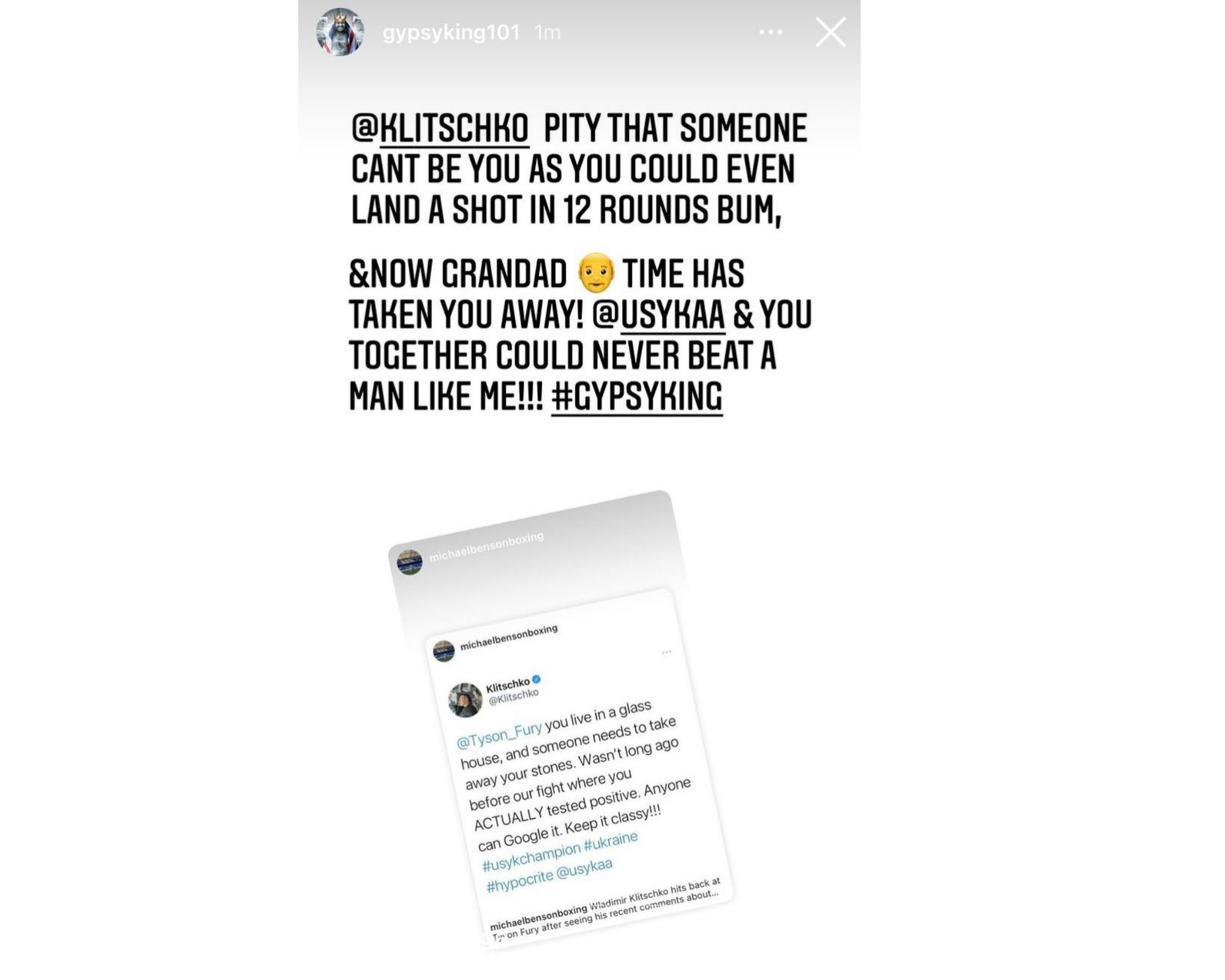 Currently, the Britisher is on break and there are not any updates regarding his upcoming fight in the year 2022. But, the one fight that the whole boxing world has been waiting for is the unification fight between Fury and Usyk.

There is already the chance that the pair Will fight in the future and that fight has the potential to be one of the biggest heavyweight bouts in the entire history of boxing. Many are also comparing this much-awaited fight to be as important as the match between Muhammad Ali vs Joe Frazier.