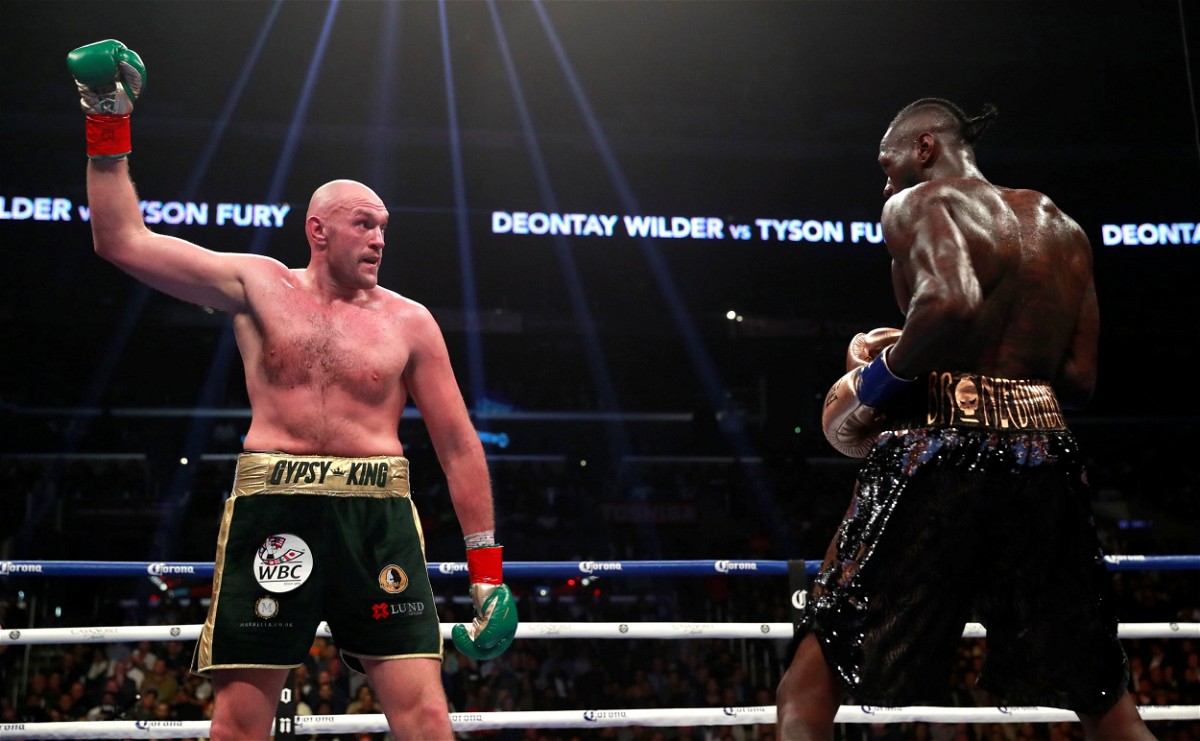 Deontay Wilder vs Tyson Fury – the two heavyweight giants are again set to give an everlasting performance for their third match together inside the boxing ring, The Gypsy King and Wilder will meet on July 24.

Wilder and Fury produced fireworks and high drama the last time they squared off in 2020, where Fury won by 7th round through TKO. It is reported that both the fighters were guaranteed a total purse of $5 million, plus a percentage of pay-per-view profits.

Deontay Wilder and Tyson Fury’s earning from the rematch

American sportswriter Dan Rafael reported that $5 million was their base pay for the fight which was a low estimated budget for the two. Rafael even stated that both the individuals went home with a solid $25 million, plus a percentage of pay-per-view profits, whereas the first time these two fought the contract guaranteed $4 million for Deontay and $3 million for Tyson.

The first bout generated 325,000 PPV buys, and it seems safe to say the third match is positioned to do far more. In total, both Fury and Wilder have made big bucks for themselves whenever they met. July 24th will be the third time when these athletes will fight again, and one thing which can be guaranteed before the match is – both the athletes will leave the arena with handsome paychecks.

Read More: WATCH: Tyson Fury and Deontay Wilder Engage in One of the Most Bizzare and Intense Staredowns in Boxing History

The first time they fought was on December 1, 2018, at the Staples Center in Los Angeles, California. The fight ended in a split draw, where the two athletes fought through 12 exhausting rounds throwing everything at each other, though the decision of split draw was not popular amongst 17,698 fans in attendance.

According to CompuBox stats – Wilder landed 71 punches of 430 thrown, and Fury landed 84 of his 327 thrown. Wilder was much less accurate in this fight which gave an advantage to Fury who out-landed Wilder in 9 out of the 12 rounds.

“I think with the two knockdowns, I definitely won the fight. We poured our hearts out tonight. We’re both warriors, but with those two drops, I think I won the fight. I came out slow. I rushed my punches. I didn’t sit still. I was too hesitant. I started overthrowing the right hand, and I just couldn’t adjust. I was rushing my punches. That’s something I usually don’t do. I couldn’t let it go tonight. I was forcing my punches too much instead of sitting back, being patient and waiting it. I really wanted to get him out of there, give the fans what they want to see.” Wilder expressed in a post-fight interview.