Rumors of Savannah Marshall Dating “Boyfriend” Hughie Fury – How Did It All Start? 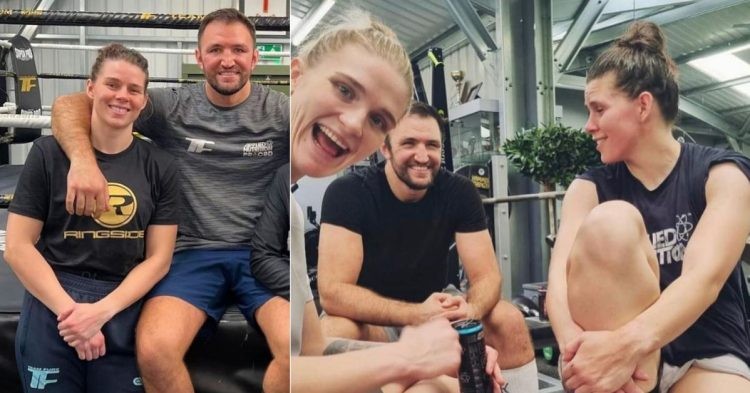 There are rumors going around that Savannah Marshall is dating Hughie Fury. However, there is little to no truth to this. While one can’t be truly sure, there has been no confirmation of the same from either Marshall or Fury. So how did it all start?

Several websites are reporting that Savannah Marshall is dating fellow boxer, Hughie Fury. Marshall, who is a former boxing world champion, and a sensation in the pro-boxing world is quite a private person. She likes to keep her personal life away from the glitz and glamour of social media and has always shied away from personal questions during interviews.

Meanwhile, Hughie Fury has also said nothing on this matter, and while the camaraderie between the two is apparent with various posts on social media, there is no confirmation whether they are dating. How did it all begin? Well, it all points to Peter Fury.

Savannah Marshall made her professional boxing debut in 2007 and since then she has been under the tutelage of Peter Fury.

There’s a reason to believe that the rumors of Savannah Marshall and Hughie Fury started floating around because Marshall spends a lot of time training with Hughie Fury and while Marshall has kept her romantic life a secret for all these years, fans have started speculating something is brewing between the two.

There’s no way of knowing whether the rumors are true, but we certainly do know that Savannah Marshall and Hughie Fury are close friends. And for now, that’s about it.