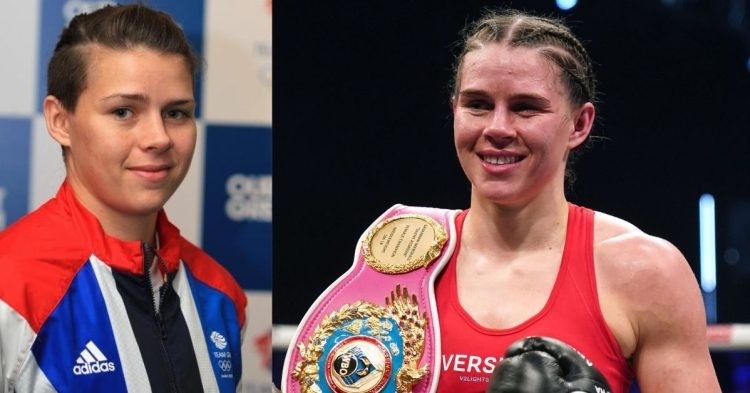 As Savannah Marshall gears up for the biggest fight of her professional boxing career, we take a look back at the time when the British boxer almost quit boxing.

This was back in 2016 after yet another failed attempt at grabbing the Olympic gold. Savannah Marshall is widely regarded as one of the best boxers of all time. While the Olympic medal will forever elude her list of accolades, Marshall has proven time and again why she is one of the greatest to ever step inside the boxing ring.

Marshall was the favorite to win the gold medal in the women’s middleweight division at the 2012 London Olympics. At the time, she was the reigning world champion. However, she suffered a disappointing loss against Marina Volnova of Kazakhstan in her opening, quarter-final bout. The scorecard read 16-12 in the favor of Volnova.

The British boxer would go on to redeem herself, winning the gold medal at the 2014 Commonwealth Games in Glasgow. However, she would once again see her dream of becoming an Olympic gold medalist shattered after suffering a split decision loss against Dutchwoman Nouchka Fontijn in the quarter-finals.

After back-to-back losses at the Olympics where she was the favorite, there came a point in Marshall’s life where the sport of boxing got the better of her and all she wanted was to quit the sport.

It is interesting to note, Claressa Shields would go on to grab the gold medal in both the 2012 London Olympics and the 2016 Rio Olympics. Ahead of Marshall’s rematch against Shields, the British boxer revealed how she almost quit boxing.

“After 2016 I was going to quit all boxing, I did not love boxing in any way, I hated it, it was getting me down.” Marshall said.

However, it was leaving the amateur circuit to turn professional which turned out to be a life-changing decision for Savannah Marshall.

“Once I turned pro everything became a bonus, I have exceeded everything expected of me and the nervous have been swapped for excitement.”

“All the hard work now is in the gym, the hard spars. I drive there thinking ‘oh God, what is Peter going to have me doing today, Shall I just say I have had a crash!” She said. “But I really have never enjoyed it as much.” Marshall added.

Savannah Marshall is currently 12-0 in her professional boxing career and has knocked out each of her last eight opponents. She turned pro just last year in 2017 and reigns as the WBO middleweight champion of the world. She will look to become the undisputed champion this weekend as she takes on arch-nemesis Claressa Shields next.