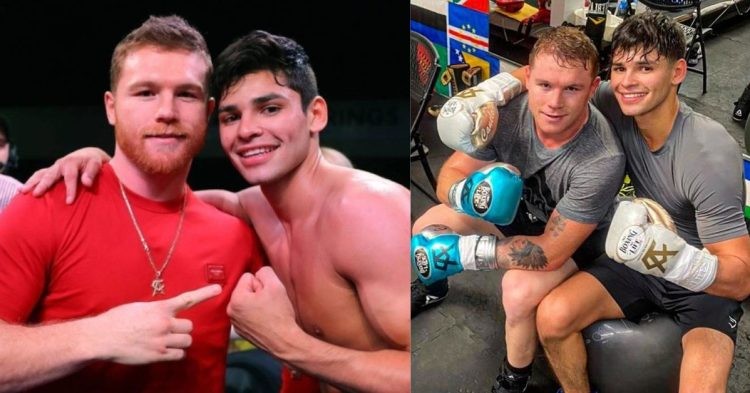 Canelo Alvarez and Ryan Garcia were two of the closest friends in the boxing community for the longest time as they shared the same trainer Eddy Reynoso. Both the boxers trained together and developed a great bond with each other.

Canelo Alvarez was like a big brother to Ryan Garcia who guided the young lightweight and was even present during some of his big fights. The Mexican boxer rated Ryan highly and touted him to be a future superstar. Meanwhile, The Golden Boy always backed Canelo and only sung praises of the world champion.

However, things are not the same now as both Canelo and Garcia have turned into bitter rivals and have feuded online. Ryan Garcia has picked Canelo’s opponent Golovkin to win their upcoming fight. In response to that Alvarez had predicted Gervonta to outshine Garcia in their rumoured matchup.

As we move ahead, let’s take a look at how these two boxers fell apart and why they do not share the same bond now.

How did things turn sour between Canelo Alvarez and Ryan Garcia?

Everything was going well until Ryan Garcia decided to switch camps and leave Eddy Reynoso’s tutelage. The lightweight superstar made an announcement that he is parting ways with Eddy Reynoso earlier this year due to receiving less attention from the renowned trainer.

From thereon the rivalry between Canelo and Garcia started as the Mexican champion took Ryan’s comments to heart and he publicly criticized the lightweight’s work ethic. This was not the first time Saul Alvarez spoke harshly about Ryan Garcia as he made a claim last November that the 24 year old was wasting time and is wasting his talent.

At that time Garcia jumped to Canelo’s defense and explained the meaning behind the undisputed champion’s comments. However, after Canelo condemned Garcia for the second time, he lashed back at the Mexican boxer on Twitter. 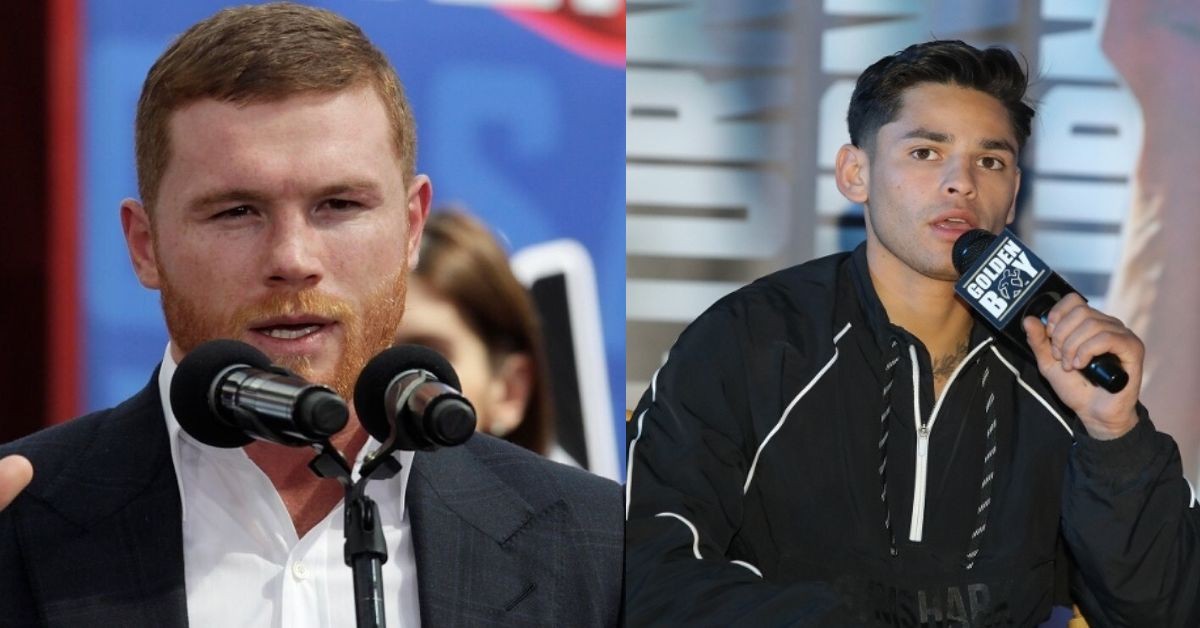 Before the spat could become any uglier, Ryan Garcia publicly swatted the beef. However, that wasn’t the end of their rivalry as Canelo made a big claim that Garcia and his father owe Eddy Reynoso money and also called him ungrateful.

On the other hand, Ryan Garcia has not criticized or responded to Canelo’s claims. But the 24-year-old lightweight boxer has passed sly remarks and has even picked Canelo’s opponent Golovkin to defeat the Mexican in their trilogy fight.