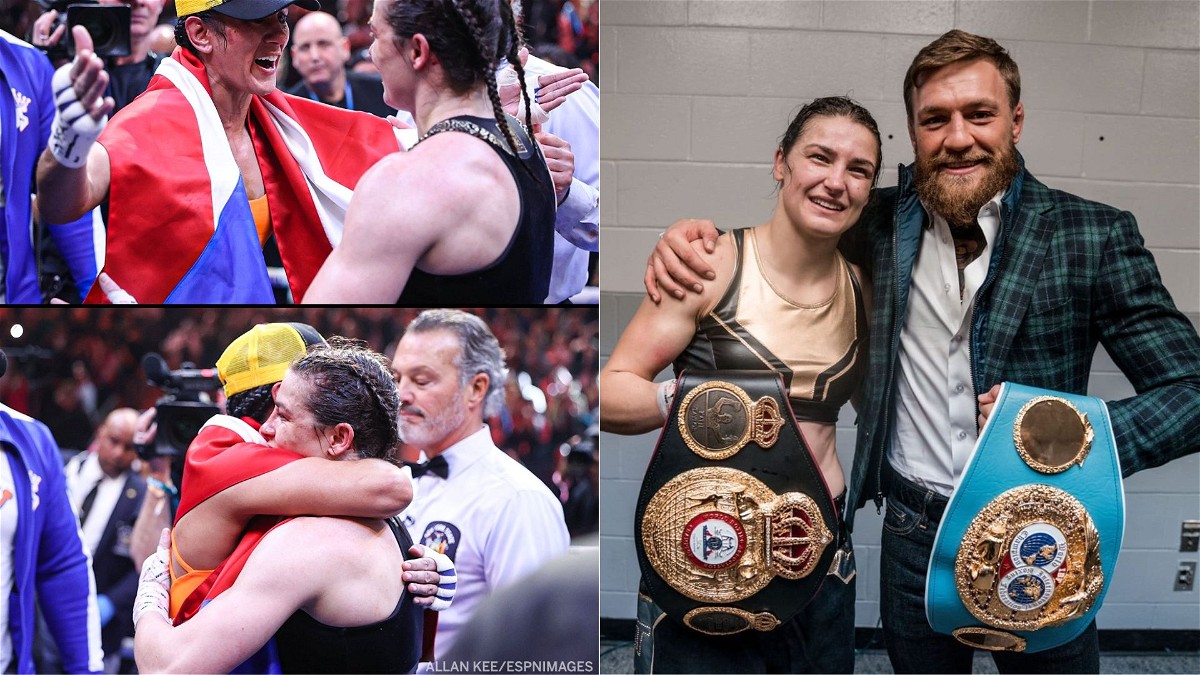 Conor McGregor took to Twitter immediately after the conclusion of Katie Taylor vs Amanda Serrano inside Madison Square Garden for the Undisputed Lightweight Championship. After everything was said and done, it was Katie Taylor who emerged on top with a split decision victory over arguably the fiercest puncher in the history of women’s boxing, Amanda Serrano.

McGregor passed the words to his fellow countrymen Katie Taylor, who once again cemented herself as arguably the greatest female boxer of all time.

In what was one of the most iconic moments in the history of boxing, Taylor, and  Serrano put on a performance of a lifetime in an eight-round slugfest to determine the Undisputed Lightweight Champion. Katie Taylor remains undefeated inside the ring. Meanwhile, Serrano suffered the second loss of her professional boxing career.

Katie Taylor vs Amanda Serrano 2 to go down in Ireland; gets a nod from both the promoters

It was a razor-close fight with Serrano giving the undefeated Katie Taylor a run for her money. The entire crowd was on its feet, as Serrano and Taylor landed haymakers on each other in the closing moment of the bout. There were some incredible moments, with the fifth round of the bout getting the most attention.

Serrano almost sent Taylor down on the canvas after pressuring her to the corner and landing several significant shots on the Irish boxer. Moreover, the barrage of shots was quite evident that it almost looked like Taylor was out on her feet. However, a determined Taylor bounced back strong in the following rounds, to pick up the split decision victory.

Needless to say, Serrano was of a different opinion, and did not quite agree with the result, and rightfully so. It was a fight that could have gone either way, and the crowd inside the MSG was respectful enough to let both the female boxers cherish the moment.

As Serrano opined how she felt she won the bout, Taylor immediately shot up the offer of a rematch. “Let’s run it again, Amanda.” The Undisputed Lightweight Champion announced, much to the cheers and applause of boxing fans in New York.

The respective promoters of Serrano and Taylor, Jake Paul and Eddie Hearn gave their nod. And now it looks like we are set for a rematch between both the boxing stalwarts later this year in Taylor’s home country of Ireland.