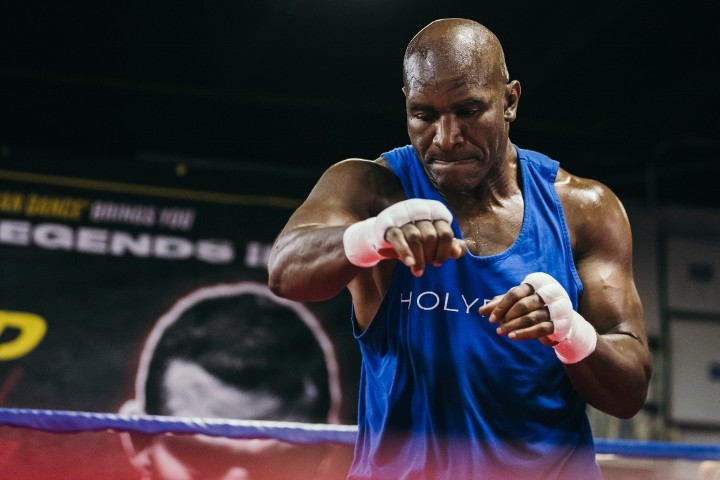 Former boxing world heavyweight champion, Evander Holyfield will make his in-ring return on September 11th on the next Triller PPV. The former champion will take on UFC veteran, Vitor Belfort on his boxing return.

The fans are excited to watch two legends of different sports compete in the boxing ring. The fight between Mike Tyson and Roy Jones Jr proved that the fans can witness the legends showcase their skills one more time.

However, there are concerns when someone as old as Mike Tyson or Evander Holyfield enters the boxing ring. Now the accomplishments of both the fighters are unprecedented. However, they are certainly putting their lives in danger by agreeing to compete in the boxing ring. And many fans including the former UFC middleweight champion, Michael Bisping does not like this trend.

In a recent episode of Believe You Me podcast, Michael Bisping criticized Triller for booking Holyfield against Belfort and stated:

“This weekend we have Vitor Belfort vs Evander Holyfield. It’s a f****g mockery, isn’t it? If there is anything that should be banned it is Triller fight club. Because it’s a joke. It’s ridiculous. Obviously, we had Oscar De La Hoya fighting Vitor Belfort, which I will be honest seems a little bit crazy to start with. But De La Hoya got COVID. So they brought it in, Evander Holyfield.”

Did the Commission Give approval for Evander Holyfield to compete again?

After oscar De La Hoya tested positive for COVID-19, Evander Holyfield agreed to fight Vitor Belfort on short notice. The California State Athletic Comission did not allow Holyfield to compete at an age of 58 on a short notice.

So Triller moved the event to Florida and as per reports Florida State Athletic Commission has approved this upcoming boxing match.

But, the fans are still concerned about the well being of Holyfield who will be making a return after his last fight in 2011.