Rumble in the Jungle 2: Francis Ngannou Reveals Date and Venue for Fight Against Tyson Fury 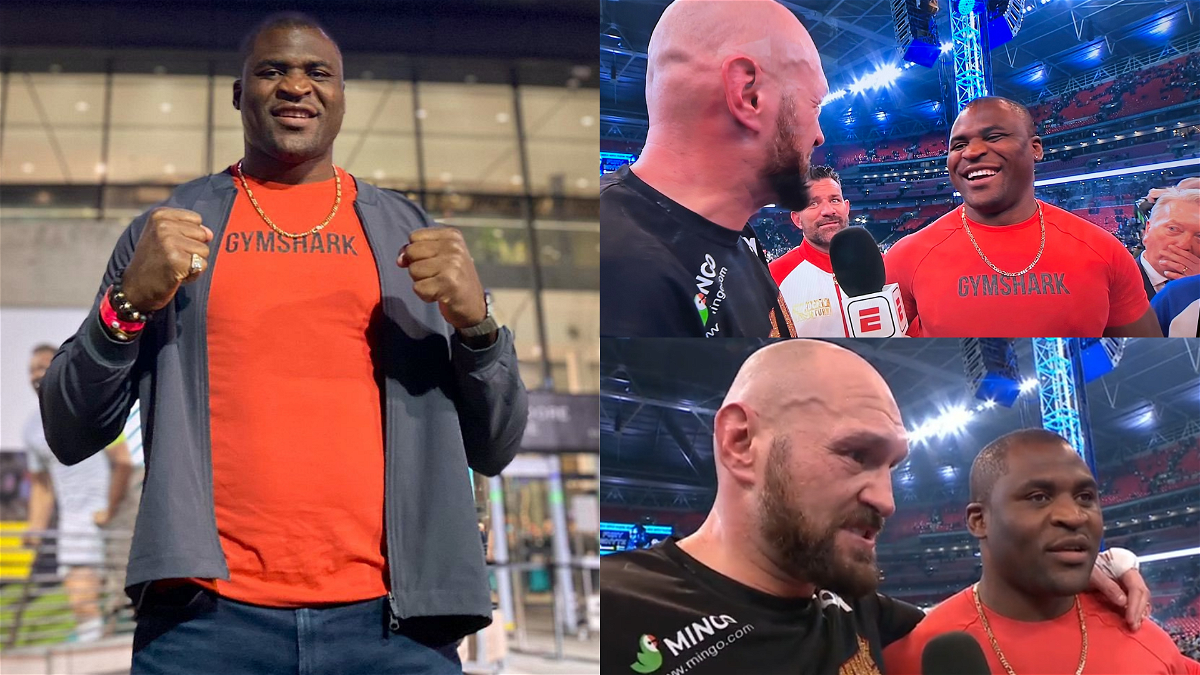 Tyson Fury successfully defended his WBC and Lineal heavyweight titles against Dillian Whyte as he knocked him out with a vicious uppercut in the sixth round of the fight. On what was a historic night, with 94,000 fans witnessing this spectacle, UFC heavyweight champion Francis Ngannou was also present in the Wembley Stadium.

After The Gypsy King defeated Whyte, Ngannou joined him inside the ring and the two heavyweights shared a light moment. During this conversation, an interviewer asked Fury whether their matchup would be inside the ring or an octagon.

“This is gonna be a very special fight like never before seen in the history of our sport. You know we’re not talking two light guys – 140 pounds. I’m a 270 and he’s a 270. It’s gonna be an explosive fight,” said Fury.

Thereafter The Predator teased the fans by hinting at a hybrid fight. “It’s gonna be a hybrid fight with a different type of rules like MMA gloves in the ring kind of mix up.”

Francis Ngannou confirms that he will fight Tyson Fury next year

After mutually agreeing to fight each other in a hybrid contest, Francis Ngannou gave an interview where he discussed the timeline for the Tyson Fury fight. He also hinted at a location where he could compete against The Gypsy King.

“Tyson Fury vs. Francis Ngannou in Africa. The Rumble in the Jungle 2!”@francis_ngannou vs. @Tyson_Fury in Africa would be incredible! #FuryWhyte pic.twitter.com/N4Mo1nRf46

“Definitely sometime next year 2023. That fight will happen because by the end of this year we’re gonna sort things out and get started, ready to go.”

Ngannou then went on to praise the atmosphere in the Wembley Stadium during the Fury vs Whyte bout. Thereafter the interviewer asked The Predator whether their matchup could take place in Africa.

“Tyson Fury vs Francis Ngannou in Africa will be the best one. Rumble in the Jungle 2,” said Francis.

Despite the two heavyweights agreeing on a fight, it all depends on the contract situation of Francis Ngannou as he has one year left with the UFC. Do let us know in the comments section whether you think a matchup between Tyson Fury and Francis Ngannou will take place.