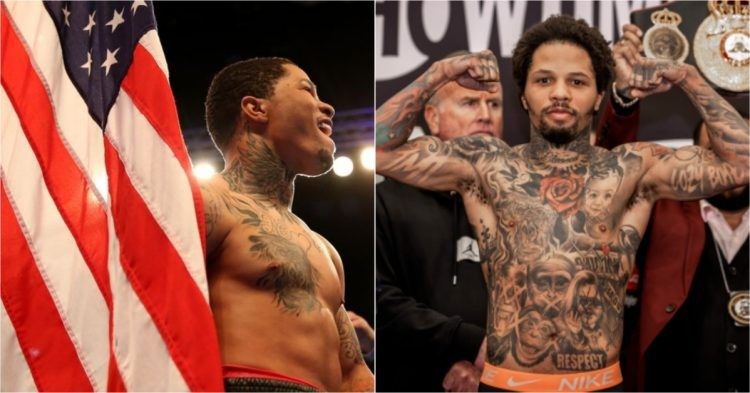 Gervonta Davis is a controversial young boxer. He has faced a fair share of criticism for his several domestic violence and hit-and-run cases. Despite all his demons outside the ring, Davis has maintained an elite level of dominance in the boxing ring. He has won numerous championships including the WBA lightweight title.

Nicknamed “The Tank,” Gervonta Davis was born on November 7, 1994. According to a report from The Baltimore Sun, Davis was born in the Sandtown-Winchester area of West Baltimore. His locality was amongst some of the worst crime-ridden places in Baltimore. So it is quite evident that Davis is a US citizen. His father’s name is Garrin Davis and his mother is Kenya Brown.

Davis had a tough childhood, which saw him getting in trouble on an almost daily basis. During a 2013 interview with The Baltimore Sun, Davis’s mother Kenya Brown spoke about not being able to provide a better life for her children. She was struggling with drug use, while Garrin Davis was imprisoned. It meant that Gervonta had to move around different foster homes all throughout his childhood.

However, it all led to Davis picking up the boxing gloves and starting a career in combat sports. He trained under coach Calvin Ford and had a great amateur career. As an amateur, Davis won the Golden Gloves in 2012. Before officially turning pro at the age of 18, Davis had an amateur record of 205-15.

What is Gervonta Davis’ religious faith?

Despite being such a massively public figure, Gervonta Davis is a very private person. Very seldom he has opened up about his religious beliefs. However, he has a “Blessed” tattoo on his neck. There are reports that Gervonta is a Christian. In terms of his ethnicity, Davis is an African American.

The 28-year-old made his pro-debut in 2013, against Desi Williams. He was already highly rated for his great amateur career. Davis’ reputation was so big that it made Floyd Mayweather sign him and become his promoter. He even featured in the undercard of Mayweather vs McGregor in 2017. On the card, Davis fought Franciso Fonseca. Although he missed weight, Davis KO’ed his opponent.

Gervonta Davis has a boxing record of 28-0. As his nickname may suggest, Davis has a great amount of power behind his accurate punches. So it is not surprising that he has managed to knock out 26 of his opponents. In his last fight, Davis beat Hector Luis Garcia and defended his WBA lightweight strap.