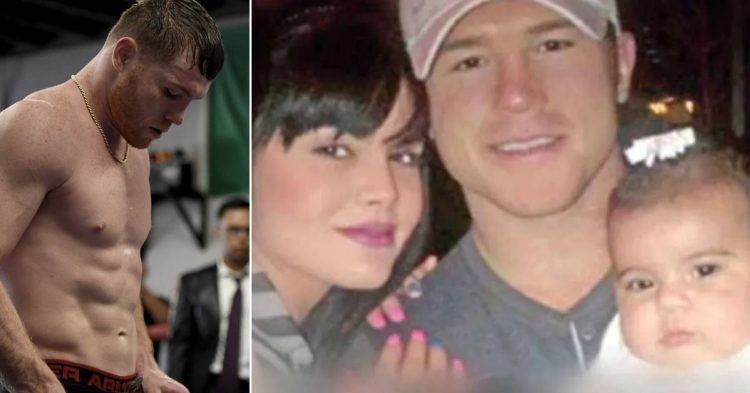 Saul Canelo Alvarez is widely regarded as one of the greatest boxers to ever step inside the boxing ring. Possibly right up there on the list with the likes of Muhammad Ali, Floyd Mayweather, Mike Tyson, and others, Saul Alvarez has truly cemented his legacy as an all-time great. However, while he enjoys incredible success inside the ring, Canelo’s life outside of it has been quite turbulent and controversial.

Let’s take a look at Canelo Alvarez’s personal life and his former girlfriend Valeria Quiroz, who also happens to be the mother of Canelo’s second daughter Mía Ener. While Mia Ener is his second child, Canelo is a father to four children, all with different women.

When did Canelo Alvarez and Valeria Quiroz date?

Canelo Alvarez and Valeria Quiroz had a brief romance in the year 2012. During this relationship. Quiroz got pregnant with Canelo’s kid. The news of pregnancy came much later after Valeria and Canelo’s breakup. At the time, Canelo even denied having a kid with Valeria, igniting a legal battle that Quiroz eventually won.

Valeria Quiroz is quite famous for having dated drug leader Joaquín Guzmán Loera, El Chapo. Canelo’s relationship with his second daughter Mia Ener is not publically documented, and even Canelo hasn’t posted any photos with her on social media.

The relationship with Valeria Quiroz was right around the time Canelo was with model Marisol Gonzalez who he dated and got engaged to in 2012.

2012 marked quite a tumultuous year for Canelo, who found out not only that he now has his second child but also saw his marriage with Marisol Gonzalez fall apart. A year later, in 2013, he met his current wife Fernanda Gomez.

There’s a huge controversy surrounding Saul Alvarez’s relationship timeline. Prior to his relationships with Valeria Quiroz, Marisol Gonzalez, and Fernanda Gomez, Canelo was in a relationship with his “first love” Karen Beltran. The duo met during their high school days. Young in love, one thing led to another, and Beltran found herself pregnant with Canelo’s first child. She was still a teenager at the time.

Here’s a photo of Canelo Alvarez with his first daughter Emily Alvarez.

He accepted Beltran at the news of pregnancy and invited her to live with him after dropping out of college to pursue a career in boxing. The duo had a daughter Emily Cinnamon Alvarez in 2007. The pair split shortly after, but remain, great friends, even today.

Saul Alvarez is presently married to his longtime girlfriend now wife Fernanda Gomez. The pair have a daughter between them named Maria Fernanda.