Undisputed women’s lightweight boxing champion Katie Taylor is scheduled to defend all five of her belts against Amanda Serrano. The main event fight is all set to take place in the mecca of boxing, Madison Square Garden in front of a sold-out crowd.

The undefeated champion Katie Taylor had one of the most decorated careers in amateur circuits. She won 18 gold medals in her career including one in the 2012 London Olympics games. Since turning pro, the 35-year-old has amassed a record of 20-0.

Her opponent this weekend, Amanda Serrano on the other hand is a Puerto Rican boxer with an insane record of 42 wins, 1 loss, and 1 draw. She is coming off a unanimous decision victory against Miriam Gutiérrez in December of last year.

The fight between two of the sports’ finest is touted as the biggest fight in the history of women’s boxing. Never before has there been a fight where two great champions of the sport came face to face in their primes for an epic showdown at the grandest stage of them all.

Katie Taylor is the first female boxer in the history of the sport to hold all four major belts at the same time. She currently holds all four of the WBA, WBC, IBF and WBO titles. Taylor also has The Ring lightweight title as well. It only adds to the lustre of the upcoming bout. She defeated Firuza Sharipova last December to defend all of her lightweight belts. 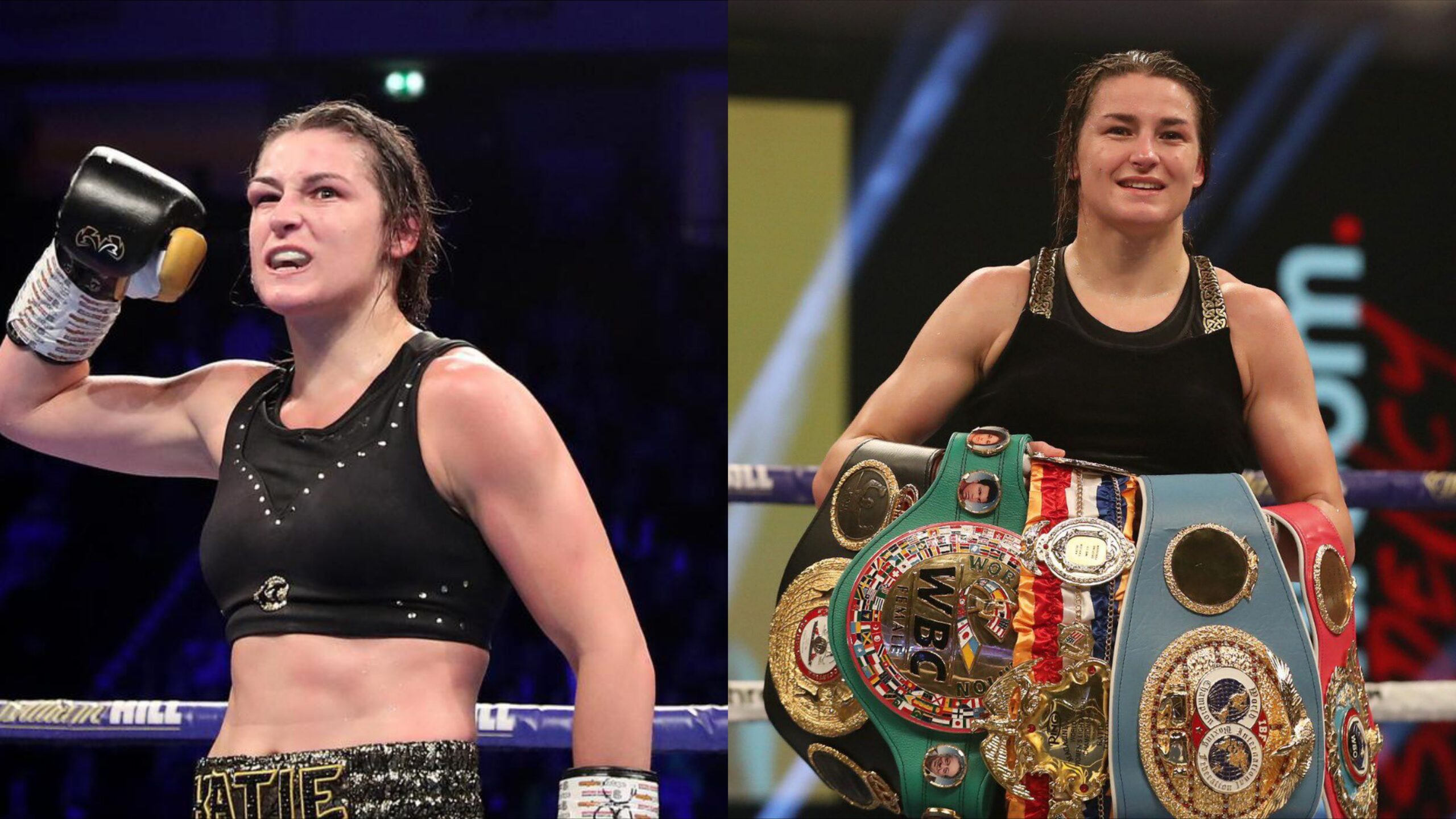 She is promoted by Eddie Hearn who works with other British superstar boxers such as Anthony Joshua and Dillian Whyte. He has also been associated with Canelo Alvarez in recent times. The promoter often plays a big role in turning the event into a must-see one. The involvement of Hearn and his sharp tactics have worked wonders for the bout so far.

Amanda ‘Real Deal‘ Serrano is moving up in weight in hopes to become the second unified lightweight champion. Serrano currently holds three titles in the featherweight division. She has the WBO, WBC, and IBO championships in her possession.

Aside from having an illustrious career in boxing, Amanda has been a part of MMA and competitive grappling as well. While she has an unbeaten record of 2-0 in MMA, she has a 5-0 record in grappling. Hence, she truly is one of the only fighters regardless of gender who has competed in two different forms of combat sports successfully. 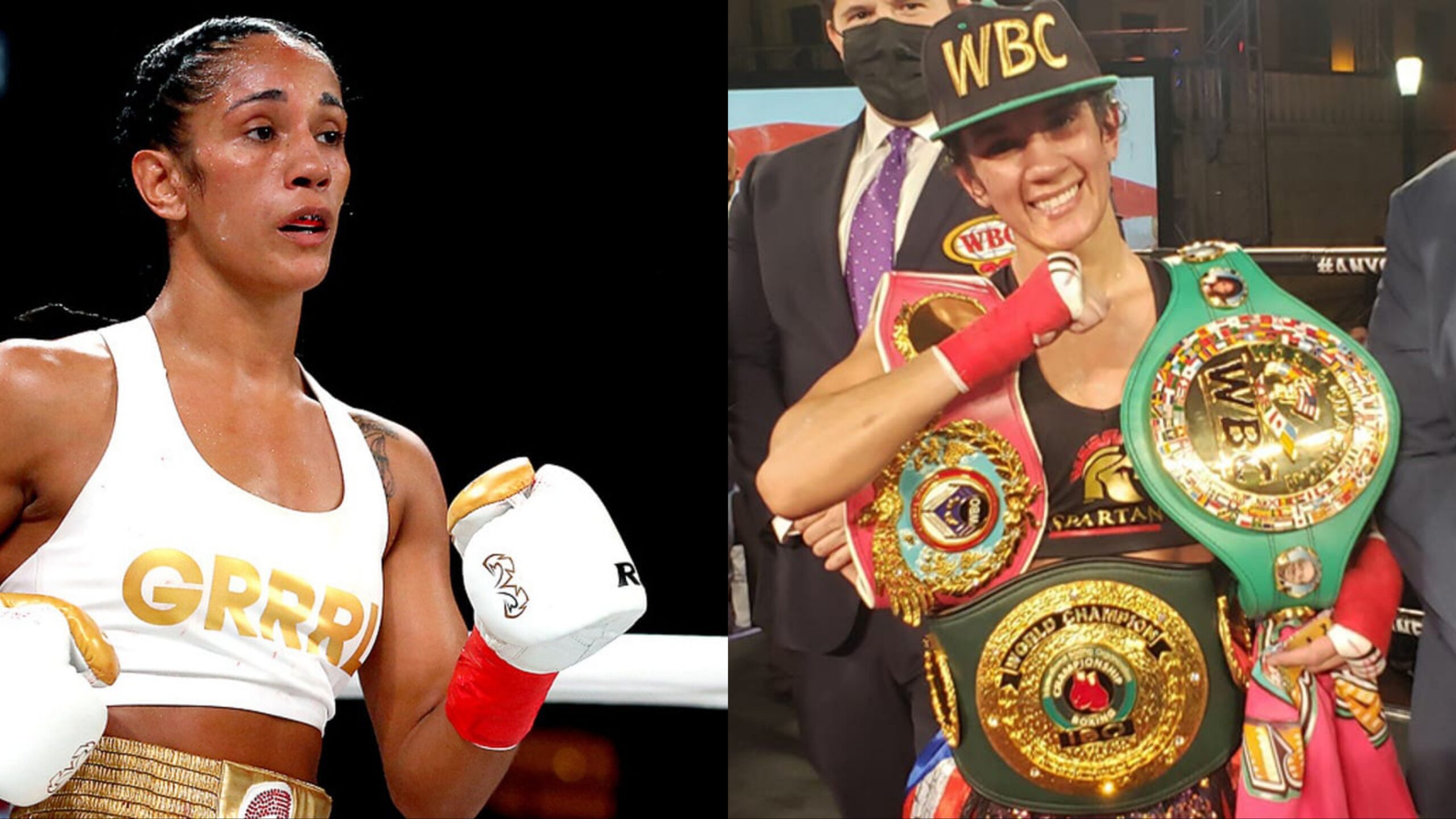 Women’s boxing is going through a revolution at the moment. At the forefront of it is the person who never even competed in the sport until 2020, Jake Paul. When a great female champion such as Claressa Shields had to compete in MMA to make money, Paul showed the boxing world by managing Amanda Serrano that it is possible for women’s boxing to generate money. He also brings a lot of eyes to the sport that may not necessarily have been there if it wasn’t for him.

The event on April 30 is a perfect culmination of many different aspects coming together really well. This is the first time when two female boxers will headline the Madison Square Garden arena. Both fighters are reportedly earning in excess of seven figures for the fight. Jake Paul in an interview with Ariel Helwani revealed that it will be the biggest payday of either woman’s career. He said,

The magnitude of the event is something truly that fans have not witnessed before women’s boxing. Hence, there is no doubt that the bout will be one of the biggest, if not the biggest of all time.