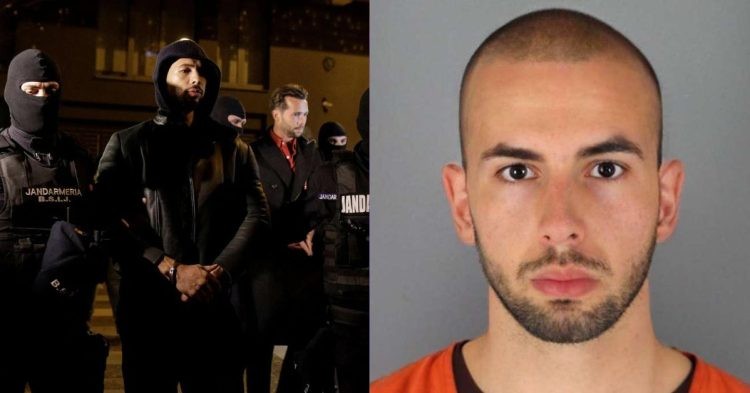 Andrew Tate has become the name on everybody’s lips these past few weeks. From a Twitter feud with Greta Thunberg to being arrested, it has been quite the ride for the ‘Top G’.

On December 29th, the Internet went into a meltdown when reports of Tate’s arrest surfaced. As it turns out, Andrew along with his brother Tristan and others were arrested at their Villa in Bucharest, Romania. According to the reports, Tate is arrested for suspicion of human trafficking, r*pe, organized crime, money laundering, and even tax evasion.

Throughout the situation, there has been a nonstop flow of rumors and misinformation. Starting from the accusations to the reports of the former kickboxer being released from jail. Recently, we’ve come across a viral mugshot that some people believe is of Tate. Thankfully, there are some users that are able to distinguish between fake and real, dubbing the mugshot as “Andrew Tate from Wish.com”

Notably, Tate has often been criticized for his ‘misogynistic’ and ‘hateful’ comments toward women. As a result, a lot of people are rejoicing the fact that Tate is in jail. However, others like Joe Rogan and Dave Portnoy believe that people should refrain from “hoping for people to be victimized.“

As of December 30, the Romanian courts extended Andrew’s custody period by 30 days. Although there are rumors of various charges, Tate’s lawyers have revealed that no particular charge that has officially been added. According to them, it is the judge’s prerogative in taking extensive measures like detainment.

When will Andrew Tate get out of prison?

Following the initial 24 hours, Tate’s lawyer Eugen Constantin Vidineac revealed that the Romanian courts extended Andrew and Tristan’s custody period to 30 more days. As such, Andrew along with his brother Tristan and other detainees will walk free after that time.

“They’re either gonna try to put me in jail or they’re gonna kill me.” pic.twitter.com/LyZoZgJ5t4

For now, Tate and others will remain in an undisclosed Detention and Preventative Arrest Center in Romania until investigations continue. Reports indicate, that Tate may face 15-20 years in prison if found guilty. However, if he is not guilty, Tate believes that his life may be in danger.

Previously, Andrew predicted that he will be arrested, which will be followed by an attempt on his life. Although many have been doubting him and have reservations on the topic, many of Tate’s predictions are slowly coming true.

If Tate is found innocent and released from prison, do you believe there will be an attempt on his life? Is the ‘Top G’ paranoid of the ‘Agents of the Matrix’? Leave us your thoughts in the comments below.