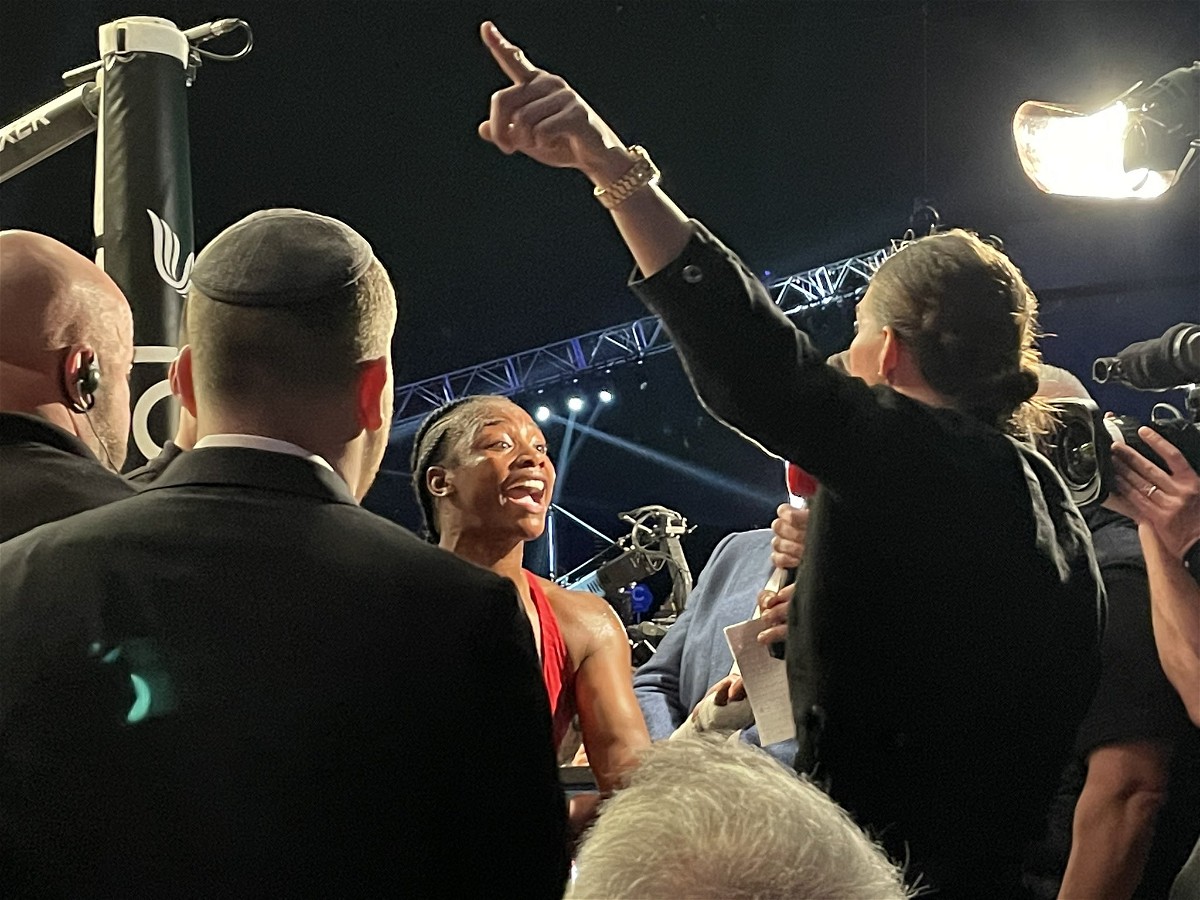 Savannah Marshall and Claressa Shields came face to face on the microphone ringside following Shields’ dominant win over Ema Kozin. Shields made her return to the boxing ring following her small stint inside the Octagon, in an absolute demolition of the WBF middleweight champion.

It all started after Savannah made a comment on Shields’ performance.  “I think if you perform like that against me, I will absolutely wipe the floor with you.” she said following Shields’ dominant win over Ema Kozin in her boxing return.

A fiery Claressa Shields responded as a verbal barrage started between both the Champions.

“You went ten rounds with an absolute child. People were walking out after Round 5,” Marshall responded to Shields. Watch the entire segment here.

Claressa Shields and Savannah Marshall go at it as Marshall says: “If you perform like that against me, I’ll absolutely wipe the floor with you… Wind your neck in… You just went ten rounds with an absolute child, people were walking out. Pillow fists. That was embarrassing.” pic.twitter.com/Bvzl5yUMCt

Earlier, when the camera had panned on Savannah Marshall, she could be seen mocking Shields’ return by pretending to sleep.

????️”So, @Savmarshall1, how do you rate Claressa Shields’ performance this evening?”

???? @Savmarshall1 is more than ready for @Claressashields.

Needless to say, the rivalry between the two is only getting better by the day. And with the history behind the two, the undisputed clash for the middleweight gold is going to be one of the greatest bouts in the history of boxing.

Who is Savannah Marshall fighting next?

Savannah Marshall will step inside the boxing ring on March 12 against Femke Hermans in her third title defense of the WBO female middleweight title.  Needless to say, should Marshall get past Femke Hermans, an undisputed clash against Claressa Shields is guaranteed. Shields has only lost to Savannah Marshall, which came during Shield’s amateur career? It’s a grueling encounter between two of the greatest boxers of all time. Are you excited about Claressa Shields vs Savannah Marshall? Do let us know in the comments section.