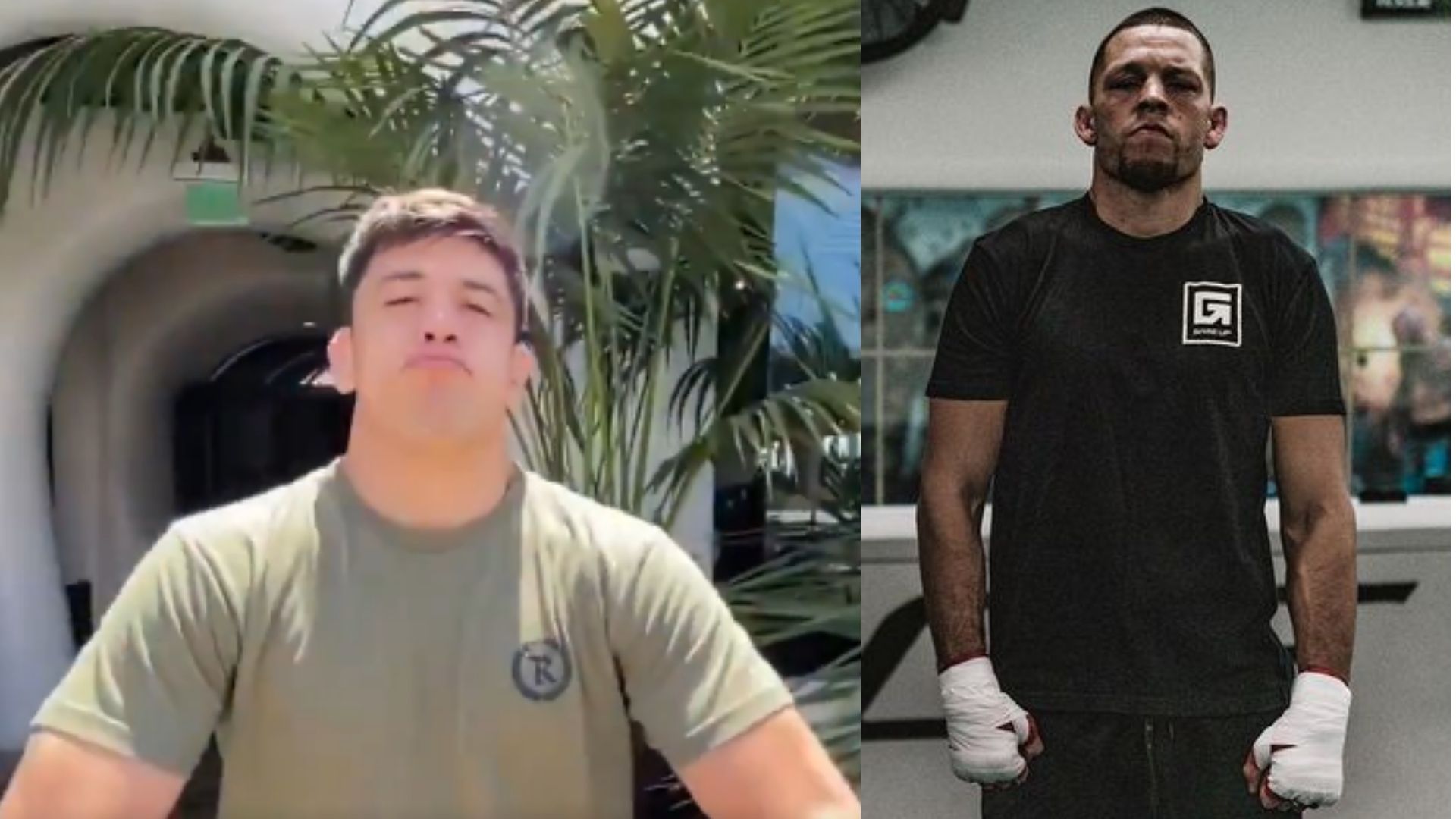 Brandon Moreno shares a great relationship with the Stockton Slugger Nate Diaz. Needless to say, Moreno is a huge Diaz fan and recently appeared in Diaz’s clothing brand Represent during an interaction with the media. Brandon Moreno has been officially signed by the Nate Diaz merchandise, becoming arguably the first fighter out of the highly quoted Nick Diaz Army, to find himself in the inner circle of Nate Diaz.

The current UFC’s flyweight champion met the former lightweight title challenger for the first time during the UFC 263 press conference and had nothing but respect for the Stockton Slugger.

In a video that is going viral on the internet, Brandon Moreno can be seen doing a crazy Nate Diaz’s impression as he flexed his arm and donned the Diaz’s Represent merchandise.

“It’s crazy because I met him in the press conference. Backstage, I went with him because he send me a package with some friends, of clothes. I went with him I say, ‘Man, thank you so much for the clothes, it’s amazing, thank you so much.’ The guy starts to talk with me, a very very nice guy. You know, he’s got this personality where you hate him, or you love him. But man, the guy starts to be amazing with me. Amazing person.”

Needless to say, Brandon Moreno is a fan-favorite just like Nate Diaz. Additionally, Moreno’s Mexican ethnicity and the fact that Diaz has always been regarded for his Mexican toughness inside the cage just goes on to show the level of bond and respect that these fighters must have for each other.

Brandon Moreno walks inside the Octagon with almost the same fighting style as Nate Diaz. Moreno’s performance against Deiveson Figueiredo back at UFC 256 will go down as one of the greatest title fights in the history of mixed martial arts.

While the first fight ended in a draw, Moreno’s title win against Figueiredo in the rematch at UFC 263 in sheer domination has definitely earned him some new fans.

It won’t be wrong to say that a lot of Diaz’s fans are going to tune in to watch Brandon Moreno fight as the Mexican star continues to grow in his mixed martial arts journey.

Also Read: “You Call Yourself a Fighter?”- Michael Chandler Calls Out Justin Gaethje For Declining to Fight Him