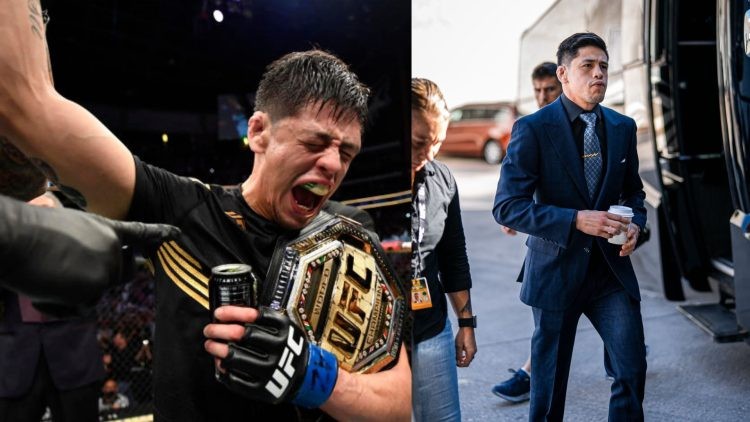 In one of the most iconic moments in UFC, Brandon Moreno became the first ever Mexican-born UFC flyweight champion by beating Deiveson Figueiredo at UFC 263. While Moreno breaks down to tears with the UFC title on his shoulder the entire arena gave him a standing ovation after the historic achievement.

Since then, Brandon Moreno has become a huge fan favorite in UFC. He is certainly one of the biggest stars in UFC right now in the lower weight divisions. The journey of Moreno has captivated the fight fans over the years.

Brandon Moreno lost his title to Deiveson Figueiredo in the trilogy at UFC 270. However, he aims to become the undisputed champion again ahead of his interim title fight against Kai Kara France at UFC 277.

With a record of 19 wins, 6 losses and 2 draws, The Assassin Baby has achieved a lot in his UFC career. But how much does he earn for his exciting fights in UFC?

Brandon Moreno fought the now Bellator flyweight champion and the brother of Anthony Pettis, Sergio Pettis on his 4th UFC fight and suffered an unanimous decision win.In his first UFC main event, Moreno could only earn $22,500 after the loss.

After the loss against Alexandre Pantoja, Brandon Moreno would start his journey to the UFC flyweight title winning the next 4 fights.

In his first title fight, Moreno took on Deiveson Figueiredo in the main event of UFC 256. After a gruelling 5 round battle, the fight was declared a draw and Figueiredo retained his title. Despite not winning the title, Moreno was able to secure a fight purse of $180,000($100,000 to show, $50,000 performance of the night bonus).

As per reports from the Sportsdaily, Moreno has earned a total of $1,251,500 in his UFC career.