Brian Kelleher stole everybody’s attention when he knocked out undefeated Hunter Azure with a brutal left hook to earn his second consecutive UFC bonus. In the process, Kelleher sent a stern warning to the already booming bantamweight division. This was Kelleher’s second consecutive finish inside the octagon, and now with a quick turnaround, Kelleher will take on Cody Stamann at UFC 250. Kelleher was last seen inside the octagon at Fight Night: Smith vs Texeira less than two weeks ago, and with just three weeks in his hands, Kelleher will look to further cement his position at the bantamweight division as he takes on Cody Stamann at UFC 250 next.

“I am looking for another performance bonus,” Kelleher told SportsManor in an exclusive interview. Kelleher’s ability lies in his fierce knockout power, and it was evident from his performance against Hunter. Kelleher’s return to the octagon after a year hiatus saw him pick up a quick first-round submission victory. He is a bantamweight fighter, but his last fight and his next are both at featherweight division on a mutual understanding between both fighters. It will be interesting to see what game-plan Kelleher will adapt going into the fight, against a credible fighter and an equally brilliant wrestler in the form of Cody Stamann.

Also Read I “She’s Not Afraid, She’s Not Scared” – Cris Cyborg Weighs in on Amanda Nunes vs Felicia Spencer

“Well, I can’t reveal my game-plan you know. You’re right, he’s a great wrestler and he might look to keep the fight on the ground. For sure man, he’s a legitimate contender. But I’ve got great jiu-jitsu skills. I can catch him with submissions, and if it’s on the feet, I can knock him out.”

Kelleher revealed that he wants to fight Sean O’Malley after his last performance. UFC 250 will see both the fighters on the same card. It’s not a farfetched idea to think that Kelleher may call-out O’Malley should he win at UFC 250. “He could have fought me at UFC 250. He could have taken the fight, but he decided to go the other way. I am fighting a guy who is ranked higher. If you look at the rankings after this fight, I would be above him. He should be the one looking for a fight with me, you know. It’s going to change after this fight.” 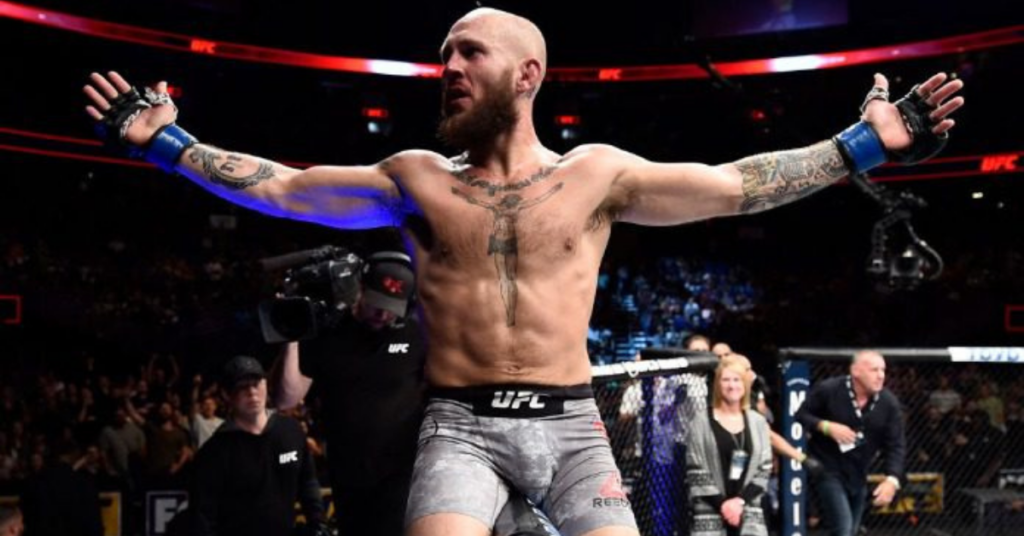 With a lot of buzz around the bantamweight division, Kelleher also revealed why he thinks Jose Aldo getting the title opportunity is a good business move by UFC. However, he added by saying that Aljamain Sterling vs Cory Sandhagen deserved the title shot, more than Petr Yan and Jose Aldo.

“Jose Aldo is the greatest of all time. He is a major draw. Whether he deserves it, I think Aljamain Sterling vs Cory Sandhagen should have been for the title fight. That makes more sense ranking wise. But business wise, it’s a smart decision by UFC. It’s like that you know.” Kelleher said about the proposed title bout between Petr Yan and Jose Aldo. It’s right to say that the bantamweight division hasn’t looked this better in a long time. Dominick Cruz’s return, Frankie Edgar dropping down from featherweight, and Jose Also fighting for the title, it’s a beautiful picture at the bantamweight division.

UFC 250 will highlight some of those, and will look to bring the division back to its feet. Cody Garbrandt‘s return to the octagon will likely bring more attention to the division, and with new and upcoming fighters like Sean O’Malley, Kelleher feels that bantamweight division is looking great. He also talked about Garbrand’t return and mentioned how he doesn’t agree with the co-main event of the evening.

Kelleher also touched upon Henry Cejudo’s retirement, and said that he feels Triple C will return to the octagon at some point. “I think he will come back. He will be back if UFC offers him that fight with Alexander Volkanovski, you know, for the featherweight title, to make history. But I do doubt UFC will do that, I think he will return, but I am not sure UFC will pay him that price.” Kelleher said.

Many fighters feel that Cejudo’s decision to drop the bantamweight title had a lot to do with his pay. The news that is creating a lot of buzz right now is the contract negotiation between Jon Jones and Dana White. Jones earlier vacated the title belt over dispute on how he feels his pay isn’t right. Kelleher gave us his views on the entire situation, “I think Jon Jones is trying to get a settlement. I don’t think he will really vacate the light heavyweight title, you know. What I think is, UFC will see and wait. Jon Jones is a very big name, probably they will increase his pay, not too much, but they will if he wants to go up the heavyweight division and fight Ngannou.”

Kelleher also responded to Conor McGregor’s GOAT list, and names Jon Jones as the MMA GOAT. “That’s a difficult choice to make. But I do believe Jon Jones is the GOAT, you know. Even though I am against PED’s, it does tarnish your legacy. You also have GSP there, I am also surprised at why nobody is choosing Khabib. He is undefeated, so is Jon Jones. I mean he has a better resume, but Khabib is right there you know.”

UFC 250, and going forward, Brian is confident that he will pick yet another bonus against Cody Stamann. Kelleher also mentioned that he is looking forward to fighting Frankie Edgar, one of the greatest of all time, and is confident going forward in the bantamweight division.