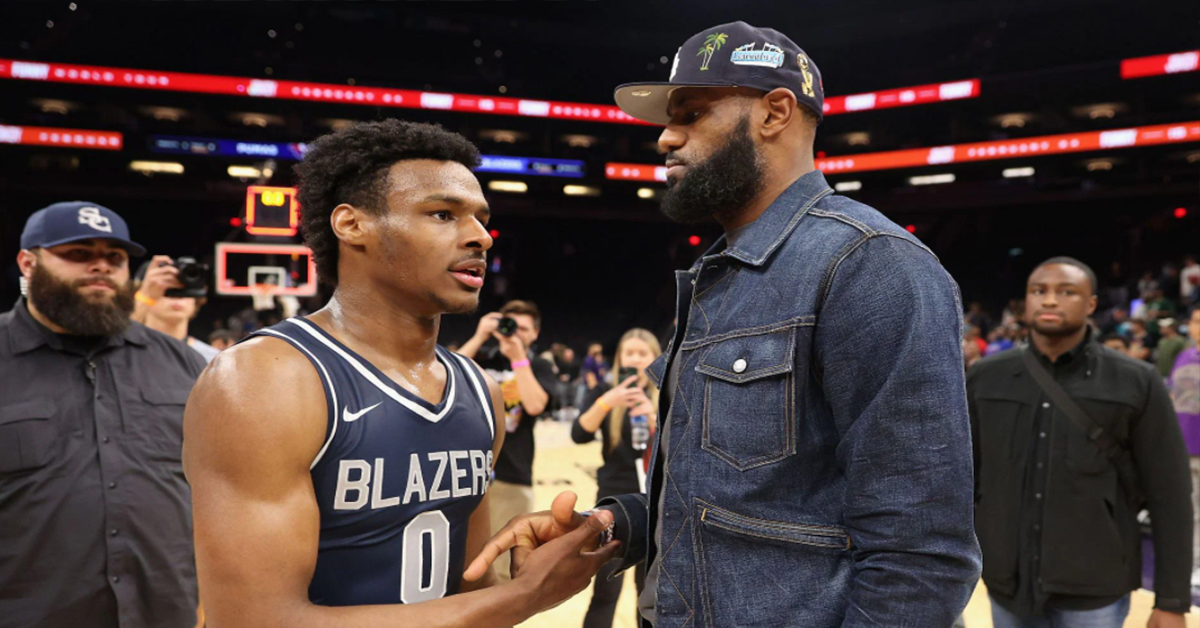 LeBron James Jr or Bronny James was recently streaming on his twitch channel where he had a QnA. He was asked by a fan who are his top 5 favourite NBA players other than his father LeBron James.

Bronny listed out his top five players besides LBJ (no order)

Later on the stream, someone said, “Bucks in six” to which Bronny politely replied, ” yeah… you can leave”. It seems like the comment was regarding a possible finals matchup between the Lakers and Bucks where Bucks win in six games.  The comment wasn’t liked by him and he believes his father and the Lakers will win the championship this season. As both teams are considered as the best teams in the league, several predictions are being made. The NBA schedule has been announced for the restart of the 2019-20 season. So soon, we all will find out which predictions could be true.