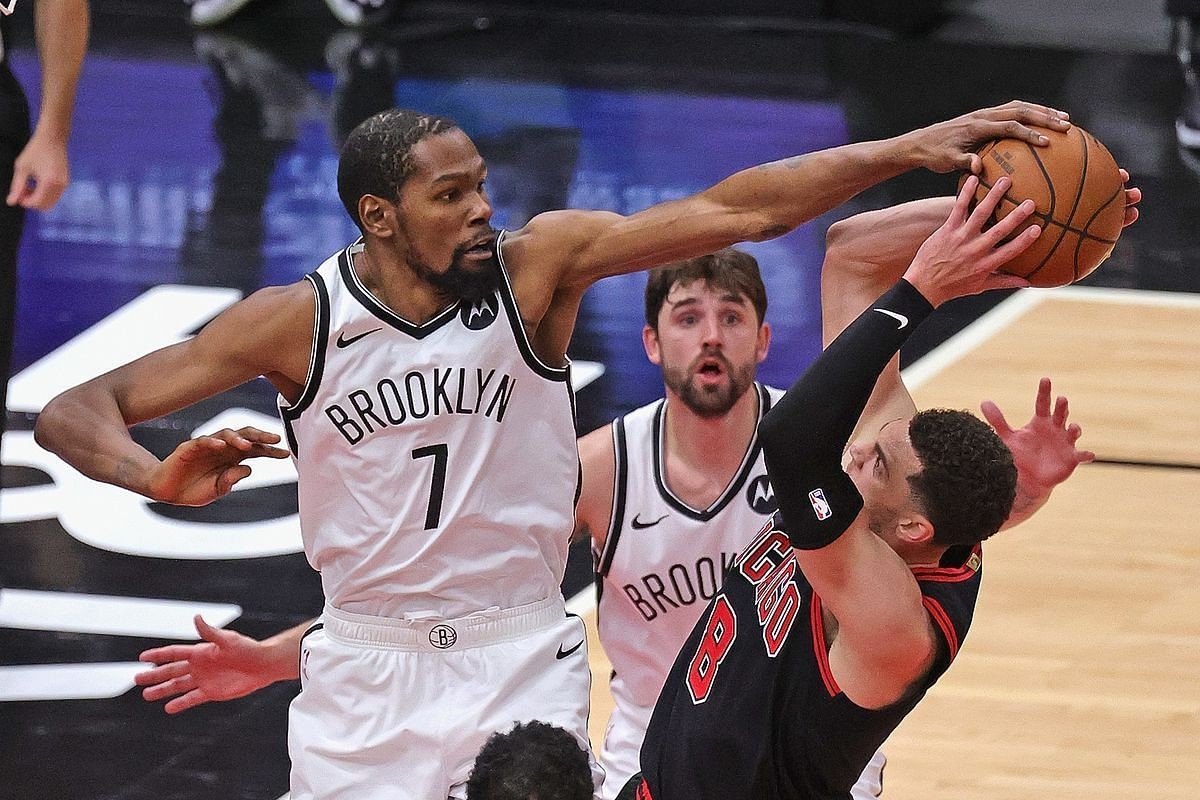 The number one seed Brooklyn Nets take on the two-seed Chicago Bulls in a big-ticket eastern conference bout in the Barclays Center. The last time these two teams played the Bulls defeated the Nets convincingly.

The Brooklyn Nets are currently on a two-game winning streak as they defeated the New York Knicks and Minnesota Timberwolves at the Barclays Center. The Nets have nine out of their last ten games as they reign supreme as the number one seed in the eastern conference.  Brooklyn is 11th overall in Offensive Rating, and as a team. They are shooting 46.8% from the floor and 37.2% from three, two metrics in which they are in the top five.

The All-Star duo of James Harden and Kevin Durant have finally found their rhythm as they scored a combined 50 points against the Timberwolves. KD is leading the league in scoring on a with 28.6 shooting a tremendous 53.9% from the field and 38.9% from three. James Harden has found his form back as he leads the Nets in rebounds(8.0), assists(9.3), and steals(1.5) while averaging a much improved 21 points per game.

Just behind the Brooklyn Nets, Chicago Bulls are second in the eastern conference with a record of 15 wins and eight losses. Certainly, the Bulls have exceeded all expectations as the offseason signings worked immaculately. Chicago is currently on a two-game winning streak after defeating the Knicks and Hornets in entertaining encounters.

Chicago is led by the duo of Demar Derozan and Zach Lavine, who are averaging 26.3 points per game while shooting 49.5% from the floor, and 25.4 points and shooting 48.8% overall respectively.

As Brooklyn Nets are coming off a closely fought game against the Timberwolves, the better rested Chicago Bulls are favourites to win the game. But as the Nets are 8-4 on their home court, the Bulls will have a game in the Barclays Center.  In their last meeting Bulls bested the Nets as the Derozan and Lavine duo combined to score 52 points as Chicago won 118-95. Historically speaking the bulls have dominated this fixture as they won 95 out of the 177 games against the Nets.

How to watch Brooklyn Nets vs Chicago Bulls?