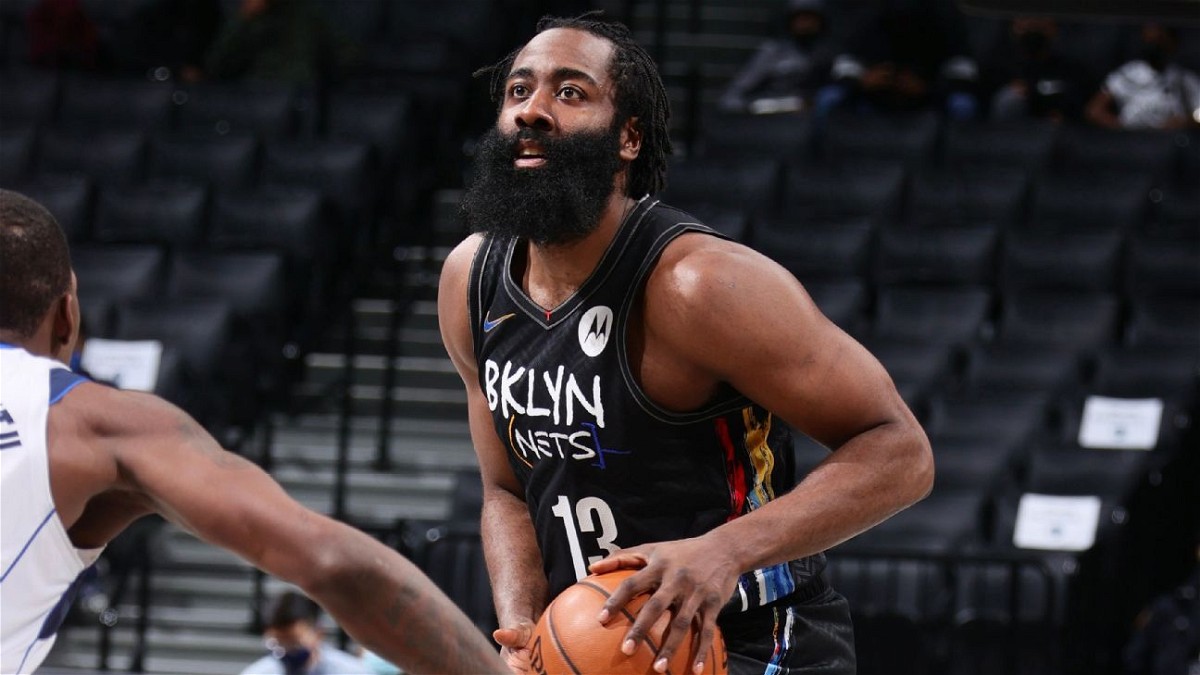 The Brooklyn Nets have been on a tear as the leader of the eastern conference. The Nets defeated New York Knicks in a close 112-110 game as the All-star duo Kevin Durant and James Harden dropped a combined 61 points. Brooklyn has been one of the more consistent teams in the league with an 8-2 record with averages of 114.5 points, 43.2 rebounds, 26.9 assists, 7.8 steals and 5.2 blocks per game while shooting 47.6% from the field.

Kevin Durant is your PLAYER OF THE MONTH ???? pic.twitter.com/b8A5wk4WbP

On the defensive end, they have allowed 106.6 points per game and are the seventh-best defence in the league.  With all the success, the Nets have struggled with scoring in the paint as they are ranked dead last in NBA with only 39.1 points per game in the paint.

Kevin Durant has led Brooklyn with 28.6 points and  7.5 rebounds per game. KD is currently leading the league in scoring and is on track to win his fifth scoring title. For Brooklyn, Patty Mills has been an incredible offseason pickup. He is averaging 3.9 made 3-pointers over the last 10 games.

The Minnesota Timberwolves are slowly improving after a slow start to the 2021-22 season. The Wolves were on a two-game winning streak which ended after a tough loss against the Washington Wizards. But the wolves have been on an upward curve as they have won seven games out of their last ten games. Minnesota has scored 112.2 points, 47.2 rebounds, 22.7 assists, 8.3 steals and 6.7 blocks per game while shooting 45.0% from the field in the last ten games. On the defensive end, the wolves allowed 104.4 points.

The duo of Anthony Edwards – Karl-Anthony Towns has led the Timberwolves this season. Anthony Edwards is shooting 34.9% from beyond the arc with 3.0 made 3-pointers per game, while averaging 22.1 points, 6.5 rebounds, 3.5 assists and 1.5 steals. Whereas KAT is averaging 26.1 points and 8.7 rebounds over the past 10 games. Against the Wizards, he scored 34 points and 10 rebounds in only 33 minutes of play.

The eastern conference top seed Brooklyn Nets are favourites to win this match against the Minnesota Timberwolves. The Nets are 7-4 on their home court whereas the Timberwolves have gone 4-5 away from home. With Kevin Durant in top form and James Harden returning to his former self as he scored 34 points with eight assists and ten rebounds, the Nets will most likely take the victory. Brooklyn has won two consecutive games against Minnesota, but the Timberwolves lead the head-to-head series overall, 35-26.

How to watch Brooklyn Nets vs Minnesota Timberwolves?

Also read: How Many Times has Kevin Durant Changed Teams in his NBA Career?