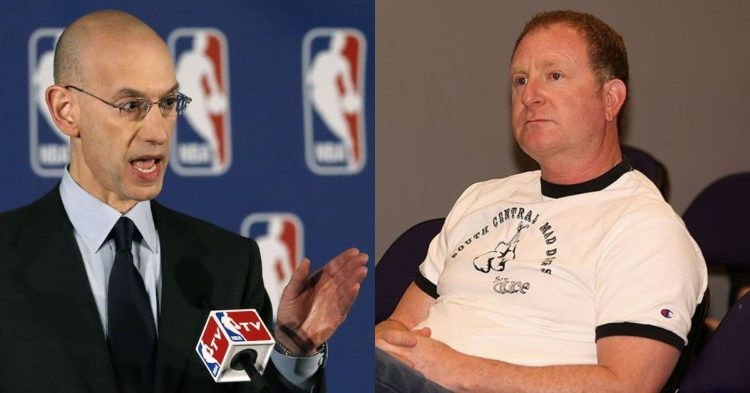 The internet and social media exploded when we found out the NBA has suspended Phoenix Suns owner Robert Sarver for a year. He was also asked to pay a settlement of $10 million and was accused of workplace misconduct. There were several charges against him ranging from racism to sexism.

Nonetheless, the NBA commissioner Adam Silver did not make Sarver resign. Everyone had a problem with this decision. From prominent players like LeBron James to even the minority owners of the Phoenix Suns. Thus, it seemed that there was pressure and people demanding his retirement.

The NBA made its decision and we thought the matter was dealt with. However, the workings behind the scenes appear to be quite powerful. Thus, Sarver has now announced his decision to sell the team. One must wonder what he said and the justifications he has provided for his actions.

It would surprise many people to know that Sarver is the owner of two franchises in Phoenix. One is the Phoenix Suns, a team we are quite familiar with. On the other hand, Sarver is also the owner of a WNBA team called the Phoneix Mercury.

Considering that he is being accused of sexist behavior for over 18 years, we should wonder what the state of affairs was like with the Phoenix Mercury. But then again, perhaps it is unfair to assume he damaged everyone with what he did. In fact, Sarver believes all he said was in jest and should be taken in a light spirit.

Unfortunately, that defense will not work in the current times we live in. Moreover, everyone knew the franchise would suffer as long as it was associated with Robert Sarver. He released a statement explaining why he finally decided to sell his teams.

“As a man of faith, I believe in the atonement and the path to forgiveness. I expected that the commissioner’s one-year suspension would provide the time for me to focus,  make amends and remove my personal controversy from the teams that I and so many fans love…But in our current unforgiving climate, it has become painfully clear that that is no longer possible, that whatever good I have done or could still do is being outweighed by things I have said in the past.”

Thus, Sarver concluded that he was seeking buyers for both his teams. We cannot help but feel bad for the man at this point in time. His name was already ruined and now he has lost his business. Hopefully, people are really careful about what they say from a position of power moving forward. That is the only lesson we can learn from these events.
Tags: NBAPhoenix MercuryPhoenix SunsRobert Sarver
Previous Post