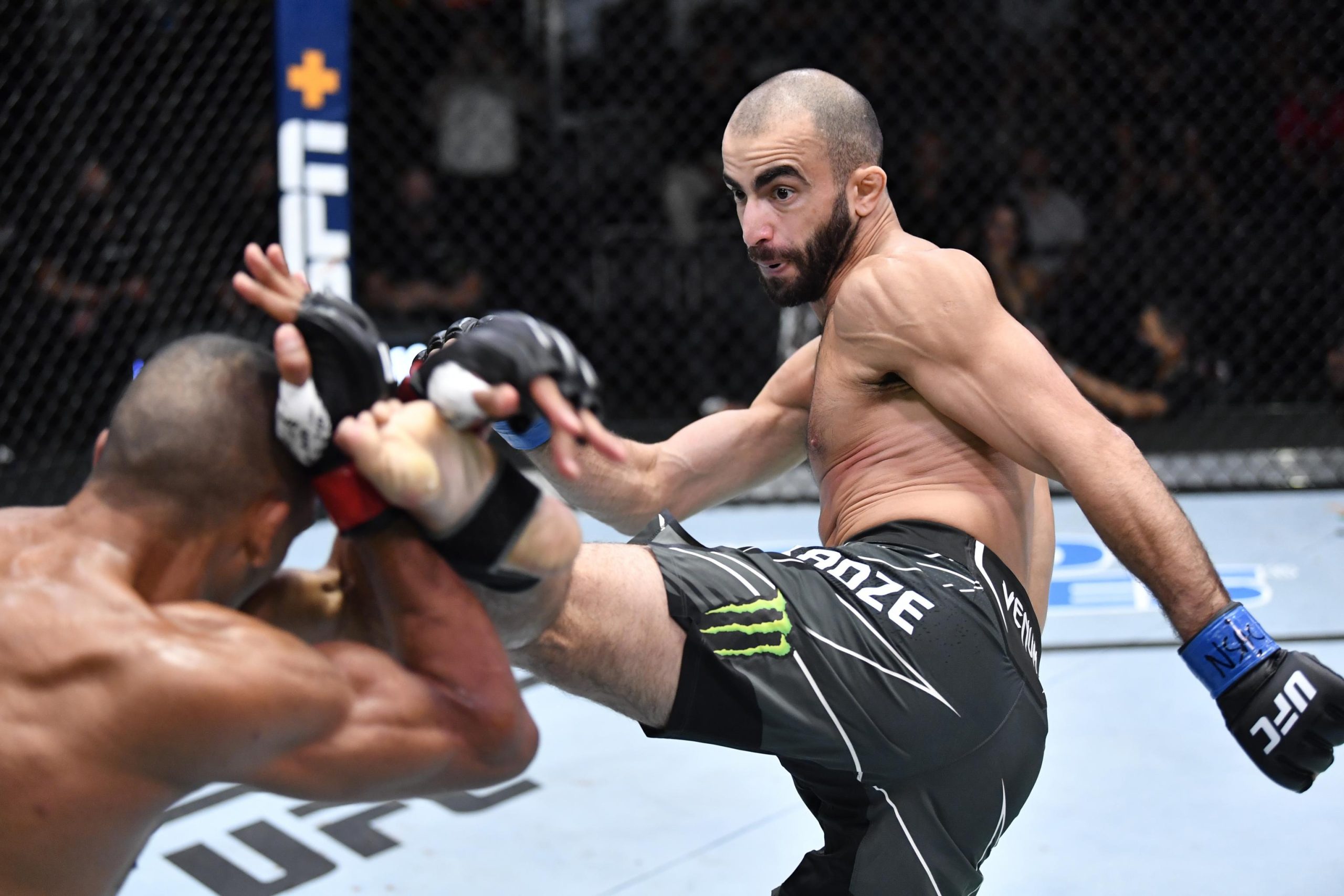 Vegas 46 would go down as one of the most intense yet exciting events of the year. The main fight card, Calvin Kattar Vs Giga Chikadze did not disappoint as the fans were in awe throughout. Calvin Kattar secured a win by unanimous decision showing a dominating performance for most of  25 minutes.

Chikadze, who had an undefeated streak of 7 fights lost his first fight at the event. Going in as one of the favorites, he, unfortunately, couldn’t take control of the fight. However, in the first few minutes, he landed with some good shots and made good use of his feet. But, to no avail, Kattar put in an impressive performance as he waited for the right time to take

Chikadze was the favorite for the title challenge who now has to wait a little longer. He recently called out Alexander Volkanovski, the current champion of the division. He was later disappointed that “The Korean Zombie” is set to fight champ at UFC 272. However, following his loss to Kalvin Kattar, his title shot looks unlikely any time soon. Surprisingly, Chikadze shared a picture with his opponent Kattar with the caption “respect”. 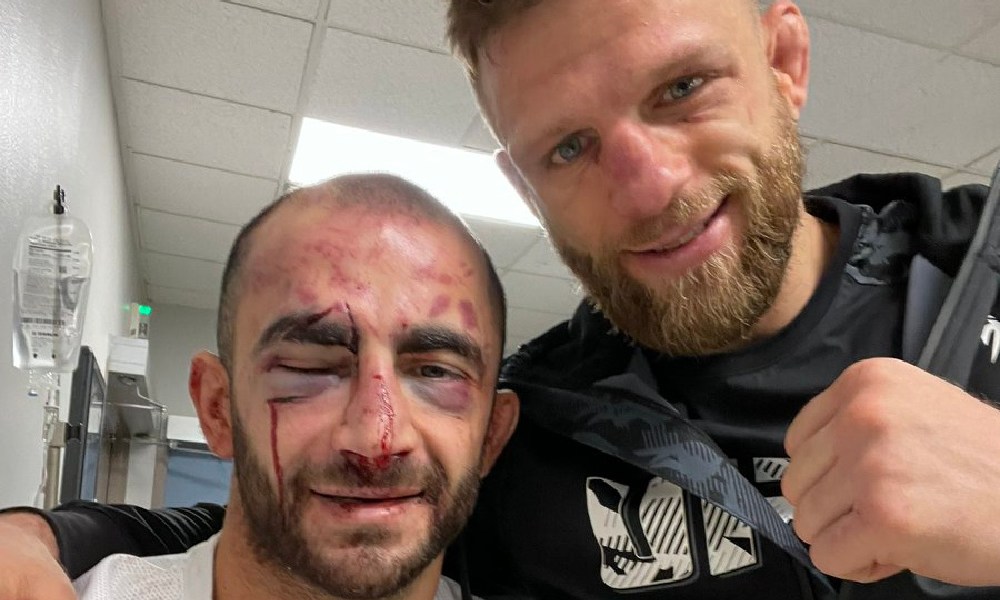 Reflecting on his performance, he says “It’s the journey. I’m learning from this. Next time, I’m going to come back so much stronger. I already feel bad for my future opponents, so I’m going to learn a lot from this one. Trust me on that. Also, I feel like if I would fight with this guy 10 times, nine I would win. That would be the one I would lose, and that was last night. It is what it is. I made mistakes, and I’m paying now with that”

Morning Report: Giga Chikadze still confident following Calvin Kattar loss: ‘If I would fight with this guy 10 times, 9 I would win’ https://t.co/nqnG9itdW2 pic.twitter.com/GgsYZHjo2o

It did not take long for Calvin Kattar to hit back at Giga Chikadze. Kattar recently appeared on The MMA Hour alongside Ariel Helwani and reflected on his UFC return after a year, and his incredible performance against the Georgian fighter.

“I told him: ‘All you can do now is make the next guy pay’. That’s exactly what I did and hopefully, he responds to the loss well. It doesn’t sound like it’s going that way early, but hopefully, he just understands that. Honestly, he can understand whatever he wants. For me, it just helped me to focus on the things I can control and focus on (making) the comeback.”

Kalvin Kattar displayed a strong dominating performance against Chikadze. Kattar against Max Holloway showed how he can absorb shots and that is exactly what he did. He made the most of the opportunity by having Chikadze on his back foot throughout the fight. Kalvin Kattar managed to corner Chikadze to counter his footwork and his powerful jab. With this plan being executed, Chikadze had no scope for the kicking game that he is known for. 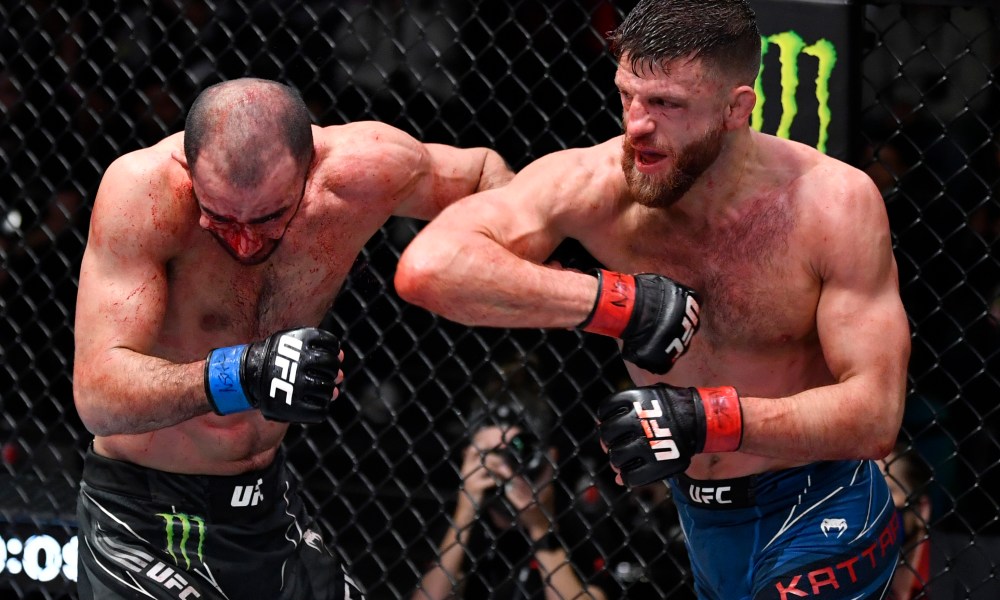 Kattar was the underdog going into this fight, however, he stood victorious to improve his record.