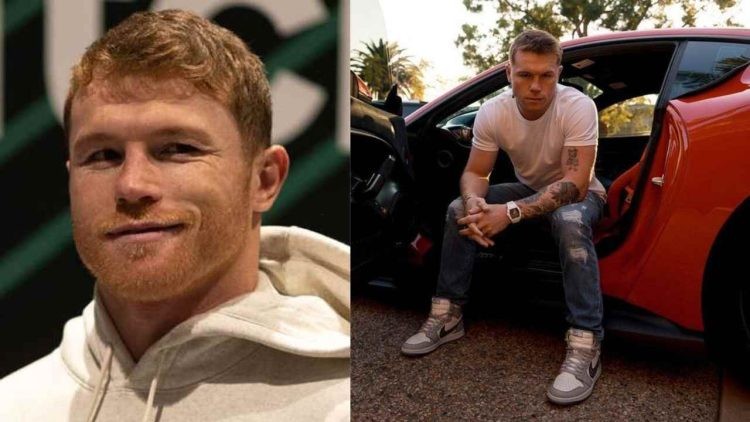 Saul Alvarez is the WBA, WBO, IBF, WBC, and The Ring middleweight champion of the world. Also known as “Canelo”, he is one of the greatest in the history of the sport. Today, we are taking a look at Canelo Alvarez Net Worth 2022 along with how he makes his money.

Over the years, Saul has built his resume, taking on some of the biggest names in the world of boxing. As such, Alvarez’s professional boxing record stands at 56 wins, 38 knockouts, two draws (against Gennady Golovkin and Jorge Juarez), and one loss (against Floyd Mayweather Jr.). Truly, the Mexican possesses one of the best records of any fighters to ever grace the sport.

Known for his energy, durability, and some lethal striking, Saul is sure to have made good money from his fights. Thus, the only question in people’s minds will be: How much did he earn? Well, let’s examine what are Canelo Alvarez‘s career earnings through salary, purse, payouts, bonuses, sponsorships, businesses, and more.

However, there are some important things to keep in mind. Firstly, Nevada State Athletic Commission does not release fighter pay, so none of the payout data for any fighter is official. However, we can estimate a fighter’s pay info by looking at their previous, officially-released salaries.

Moreover, Alvarez, due to his influence and marketability will be getting the bigger slice of the cake in his trilogy fight against ‘GGG’. According to reports, the Mexican boxer will receive $10 million as base pay and a $55 million PPV bonus for a whopping guarantee of $65 million.

Throughout his career, Saul has brought in a humungous amount of money. As such, it is very difficult to acquire and compile a completely flawless record of all of Canelo’s earnings from fights. Hence, here are some of Saul’s biggest paydays over the years:

What is Canelo Alvarez Net Worth in 2022?

According to our research, Canelo Alvarez’s Net Worth sits at around $200 million in 2022. As such, Alvarez makes most of his money inside the ring and also from his lucrative endorsement deals. Currently, the Mexican fighter is sponsored by Under Armor (2012), Everlast (2014), Cleto Reyes, Tecate, Hennessy, and more.

As mentioned above, Canelo’s earnings from boxing amount to $170 (approx.). Aside from this and his lucrative endorsements, Saul has also begun making considerable investments in other sectors. Currently, Alvarez has his clothing store named Store Canelo, which makes sportswear like tracksuits, tee shirts, caps, etc. Apart from this, Saul also brings in money from his real estate and gas station businesses and his very own fighting promotion company, Canelo Promotions.

With his career still blooming, the 32-year-old influence is also expected to keep increasing,  making him a very marketable athlete. Thus, you can expect a significant increase in Alvarez’s endorsement earnings in the coming years. Moreover, “Canelo” will look to increase his Net Worth, even more, when he takes on Gennadiy Golovkin on 17 September 2022 at the T-Mobile Arena in Las Vegas, Nevada.