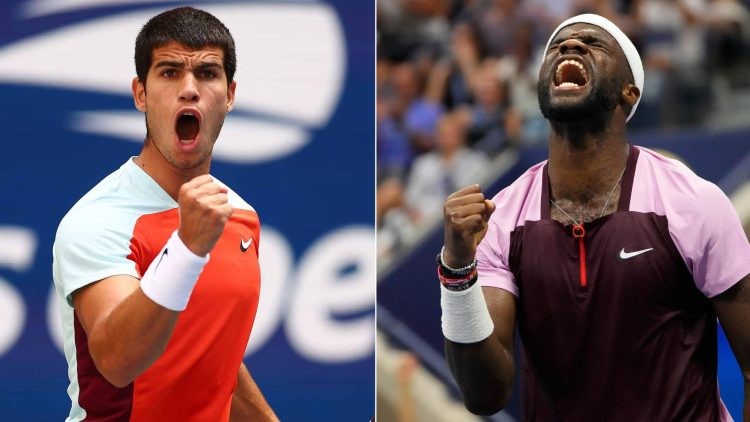 Carlos Alcaraz defeated the home hero Frances Tiafoe to reserve his place in the finals of the famed US Open. The young Spaniard battled past Tiafoe after losing the first set.

He eventually displayed his fighting spirit and resilience on went on to win with a 6-7(6), 6-3, 6-1, 6-7(5), 6-3 after battling for four hours and nineteen minutes in order to reach his maiden grand slam finals.

Carlos is only the second teen to reach the US Open finals after the legendary Pete Sampras. Carlos was excited after the win and he stated,

“Frances gave everything on court. This is amazing.”

Carlos is one of the only players in the US Open to have won three consecutive five-setters. He will now face the Norwegian tennis star Casper Rudd in the finals.

Carlos would surely be pumped up to play his maiden grand slam final and also win against his opponent Casper Rudd.

Casper previously had played the finals of the Rolland Garros against the ‘King of Clay’ Rafael Nadal. Carlos also said that he was excited since he is fighting for big things, both the grand slam title and the World No.1 spot on the ATP rankings.

He added on by saying that he gave everything he had and he will ensure to handle nerves in the final match. However, he also said that he would be enjoying his moments in the finals as well. Frances Tiafoe seems to have a lot of potential as well.

He put in a lot of resistance, but Carlos was too good to be defeated on the day. Tiafoe said that he gave everything he could in the match and he is happy that he got to share the stage with Alcaraz.