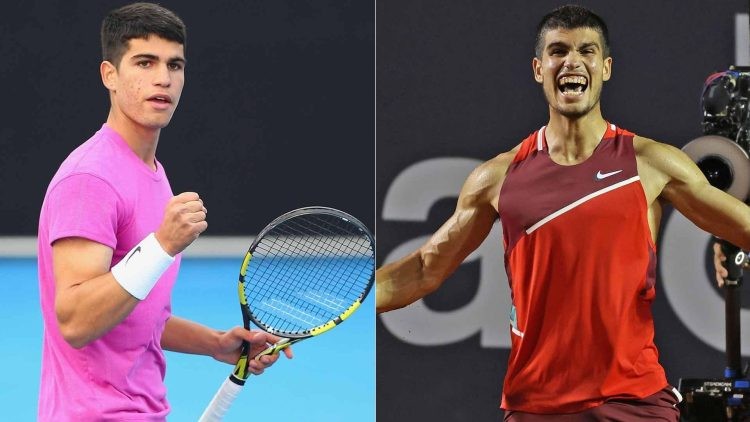 Ever since Carlos Alcaraz won the Miami Open, he has been slowly growing his ranks in the tennis fraternity. He entered the top 10 rankings of the ATP for the first time after winning the Barcelona Open finals.

He further grew in his ranking points after defeating both Novak Djokovic and Rafael Nadal in a single run during the Madrid Open. He recently broke into the top 5 of the ATP rankings after entering the finals in Hamburg which he unfortunately lost.

Today, he rose to a new level after he became only the eighth teenager since the inception of the ATP rankings in 1973 to reach the top 4. There are a lot of tennis legends on the list who reached the top 4 during their teenage years.

Carlos Alcaraz recently lost two consecutive finals in Hamburg and Umag. His opponent in Hamburg was Roberto Bautista Agut and he faced Jannik Sinner in Umag.

Carlos Alcaraz has had impressive performances in these last tournaments however, he has failed to convert his starts into a trophy. Even in Umag, he started out the final match in a strong manner and put his opponent under pressure after winning the first set.

However, after the first set, his game dropped immensely and he went on to lose the match. Even after two consecutive final losses, he was able to get into the top 4 rankings.