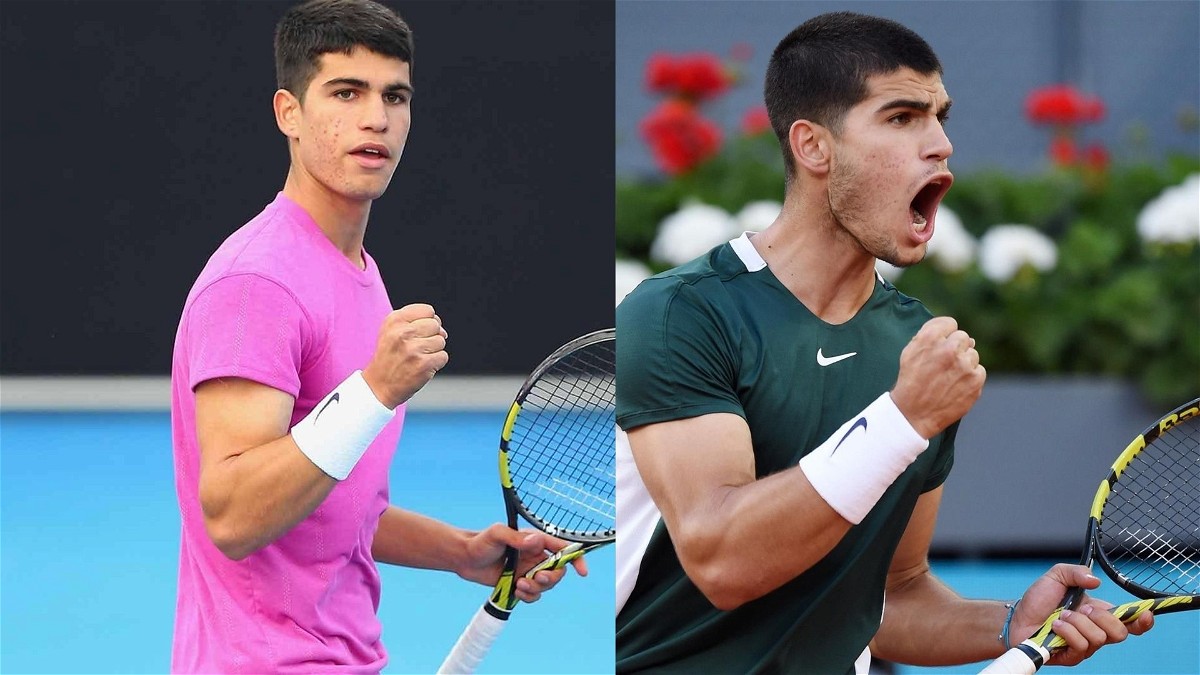 Carlos Alcaraz has been one to watch out for in 2022 in terms of personal growth on the court. The young Spaniard has been in the spotlight ever since he won the Miami and Barcelona Open.

He even went on to win the Madrid Open by defeating Rafael Nadal and Novak Djokovic in a single run before finally defeating Alexander Zverev in the finals.

Even though he is still very young, he is considered to be one of the favourites alongside the likes of Novak Djokovic and Rafael Nadal to clinch the ongoing Rolland Garros title. Carlos is currently ranked at an all-time high of 6 on the ATP rankings.

Carlos’s best performance in a Grand Slam tournament was in the 2021 US Open, where he reached the quarterfinals. However, in the ongoing French Open, it is expected that he will overcome his own record.

Carlos plays very aggressively on the court and his playstyle is somewhat compared to Roger Federer. Carlos has the potential to beat almost all records since he has not reached his prime yet. He entered the top 10 rankings of the ATP for the first time after winning the Barcelona Open.

Carlos Alcaraz net worth and sponsors

Carlos Alcaraz has a total net worth of around 2 million dollars in 2022. These figures may have changed after his recent wins in Madrid and Barcelona.

Most of his net worth constitutes the prize money he has gotten from tournaments or endorsements.

He has earned more than 159, 208 US Dollars from cash prizes this year. After his striking performances, Carlos grabbed the attention of a lot of big brands. Carlos Alcaraz is endorsed by Nike, Babolat and Rolex. Carlos Alcaraz also owns a posh house in the El Palmar locality in Spain.

The net worth of the young tennis star is only expected to rise if he keeps on displaying such impressive performances.

Carlos has a long way to go in his career, he has been putting up impressive performances in the French Open as well and looks set to challenge the top 5 in order to clinch the French Open title.