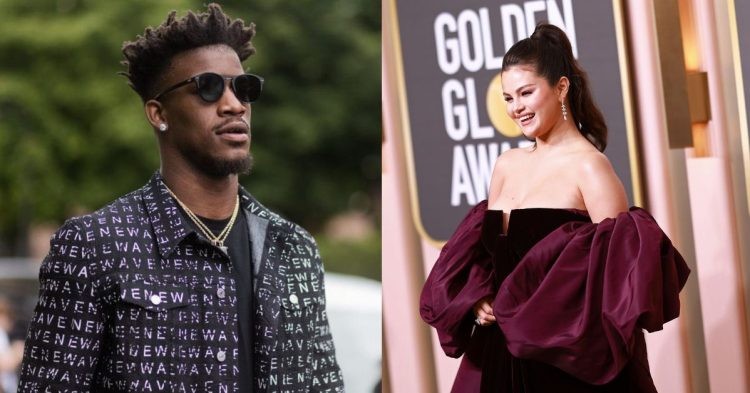 Jimmy Butler has been sensational for the Miami Heat this season. It goes without saying the arrival of Butler has breathed life back into the Heat. Considering the impact he has had on the court, his life off it has come under the spotlight as well. Butler was linked with Selena Gomez after being spotted having dinner with the music star in the past. Let’s find out how things panned between them.

Jimmy and Selena have never been officially together and merely went on a casual date. Selena at the time was single and away from dating life. There is no hard evidence that links the two together, not even a single photo of them was taken.

Jimmy is currently dating Kaitlin Nowak and is rumored to be with her since 2019. Kaitlin has kept things private and away from the media, so not much can be said about their relationship. However, the two have a daughter, they welcomed their baby girl in October 2020, and is named Rylee. This said rumors were circulated in 2020 that Butler was dating music sensation, Selena Gomez.

In 2020, rumors started circulating that Butler and Gomez are dating after they were spotted having dinner together. According to sources of E! News, the pair have been spotted a few times together. Selena is single and is opening up to the idea of dating.

The heat is on for Jimmy Butler and Selena Gomez. 🔥 pic.twitter.com/V2chgvxOHl

According to the source, Selena is “keeping her options open but has been on a few dates with Jimmy and thinks he’s a great guy. They hung out a few times while Selena was in New York City. Jimmy asked her to go to dinner and they had a great time,” said the source. “It’s very casual and she’s open to seeing where things go, but isn’t settling down just yet.”

According to Daily Mail it is “very casual and low-key” and they “aren’t trying to hide their romance by sneaking around at members only clubs.” pic.twitter.com/NxQ5NVsBwe

There is no evidence suggesting that anything between the pair happened, as there are no pictures of them together. Currently, Selena is dating Chainsmokers’ Drew Taggart. As for the 6x NBA All-Star, he is with his girlfriend Kaitlin and his daughter Rylee. it is safe to say that Butler is with his family and focused on basketball.