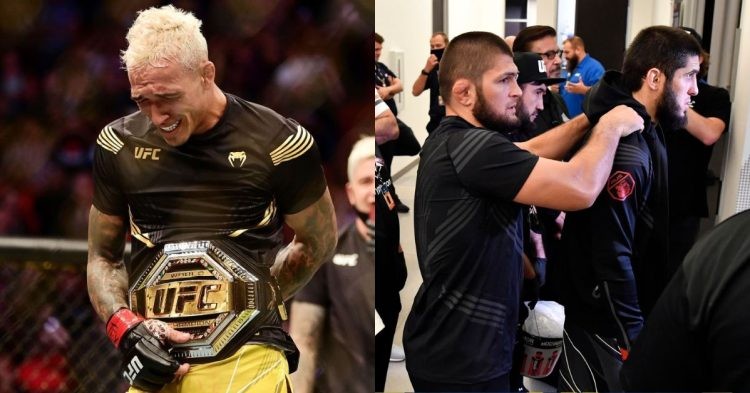 “Be sure, it will not go past the first round”, Charles Oliveira has come up with a bold prediction ahead of his fight for the vacant lightweight title at UFC 280 in Abu Dhabi this Saturday.

In the first episode of ‘Embedded’, Oliveira ripped through Islam Makhachev, saying “He’s [Makhachev] been surfing a wave that is not his, but Khabib’s”. Oliveira further claimed, “That’s the truth. This match is happening because Khabib made it happen. Not by Islam’s own merit. Because in my opinion he should be fighting against a Top 5 contender. Who’s the ranked contender that Islam fought? No one!” Worth mentioning that Makhachev was scheduled to fight current number sixth ranked Beneil Dariush earlier this year, but due to an injured ankle that fight fell off.

Unranked UFC lightweight Bobby Green stepped up to fight Makhachev on 10 days’ notice and unsurprisingly got finished under four minutes of the very first round. The highest-ranked fighter Makhachev has fought was number six-ranked lightweight Dan Hooker, who he impressively submitted in less than a minute.

Without a doubt, Khabib has had a huge influence on Makhachev’s career. The close friend and training partner of Makhachev has been requesting for this opportunity for years and it’s finally here. It’s hard to recall a fighter getting a shot at the world title without facing any of the top 5 contenders in that division. Oliveira on the other hand has earned the lightweight title the hard way by defeating guys like Michael Chandler, Dustin Poirier and Justin Gaethje, however, he was forced to vacate the lightweight title after missing weight by the slightest of margins (0.5 lbs) for his fight against Gaethje at UFC 274.

Charles “Do Bronx” Oliveira has a been fighting for the UFC for more than a decade. While Makhachev made his UFC debut back in 2015. Oliveira in his early years with the UFC didn’t find much success and had a 4-4-1 record in his first nine outings. But since then Oliveira has earned a highly impressive 17-4 record and is currently on a 11 fight win streak.

Makhachev on the other hand suffered a humiliating knockout in his second UFC appearance against Adriano Martins, but since then has racked up 10 straight victories and currently holds an impressive 11-1 record in the UFC. Oliveira also holds the record for most submission victories (16) in UFC history, although it would be interesting to see how Oliveira’s jiu-jitsu fares against Makhachev’s Sambo style wrestling.