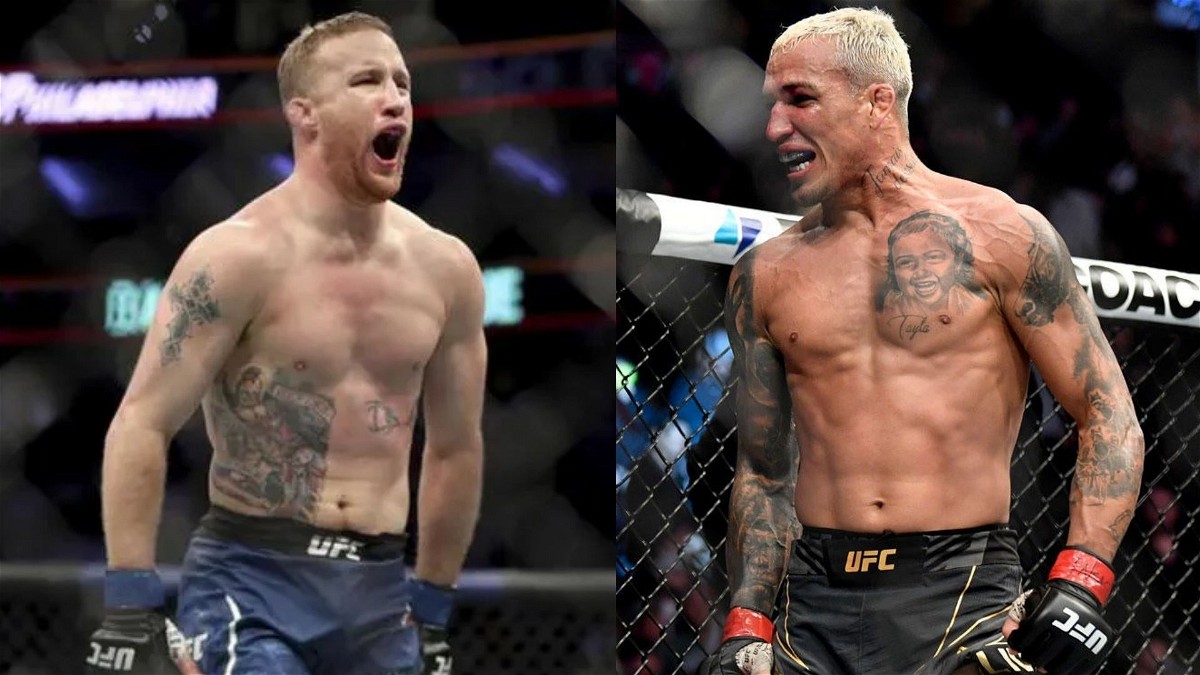 Charles Oliveira shocked the world, and while many predicted for the Brazilian submission specialist to get his hand raised tonight, the victory sent shockwaves throughout the MMA community. Charles Oliveira submitted Dustin Poirier with a rear-naked choke in the third round, to defend his lightweight gold in his first title defense. Oliveira became the UFC lightweight champion following his spectacular second-round win over Michael Chandler, which saw him grab the vacant title.

Needless to say, with the win over Dustin Poirier, Charles Oliveira has now cemented himself as one of the greatest lightweight fighters of all time. So what’s next for the Brazilian fighter? While it’s certain that Oliveira will try to take some time off, and spend it with his family, it won’t be wrong to say that he understands the road ahead is not going to be easy.

We have heard this before. Dustin Poirier said in the preparation of the fight, that he believes he can shut the lights out of Charles Oliveira, and rightfully so. Poirier is an incredible striker and wins over the likes of Conor McGregor, Justin Gaethje, and Eddie Alvarez among others speaks volumes about his incredible boxing. However, in a game of mixed martial arts, we can’t deny that Charles Oliveira reigns supreme with his overall skill-set.

“I saw a competitor tonight, I saw a dawg. I can’t wait to break his face. He gets hit a lot.” Gaethje shared his post-fight thoughts in an interview with Megan Olivi following the epic conclusion to UFC 269. “He better pray and hope, that he takes me down and gets his choke because if not, we will see what happens.”

Both Michael Chandler and Dustin Poirier have shown that Charles Oliveira can be hurt. Chandler and Poirier both dropped Oliveira in the first round in their respective fights, and showed the fallacy that exists in Oliveira’s game. Gaethje was right to point out that the lightweight champion “gets hit a lot,” and to do that against someone like Justin Gaethje, it’s inviting a loss.

Goin’ out there once again to prove that all that journey can be rewarded when you believe in yourself and you work hard. If I did, can do well as

Be that as it may, it’s safe to say that Oliveira will come prepared when the time comes, and if he is able to withstand the early onslaught, there’s every reason to believe that Charles Oliveira can beat Justin Gaethje. Don’t believe me? Khabib Nurmagomedov’s game plan says it all.