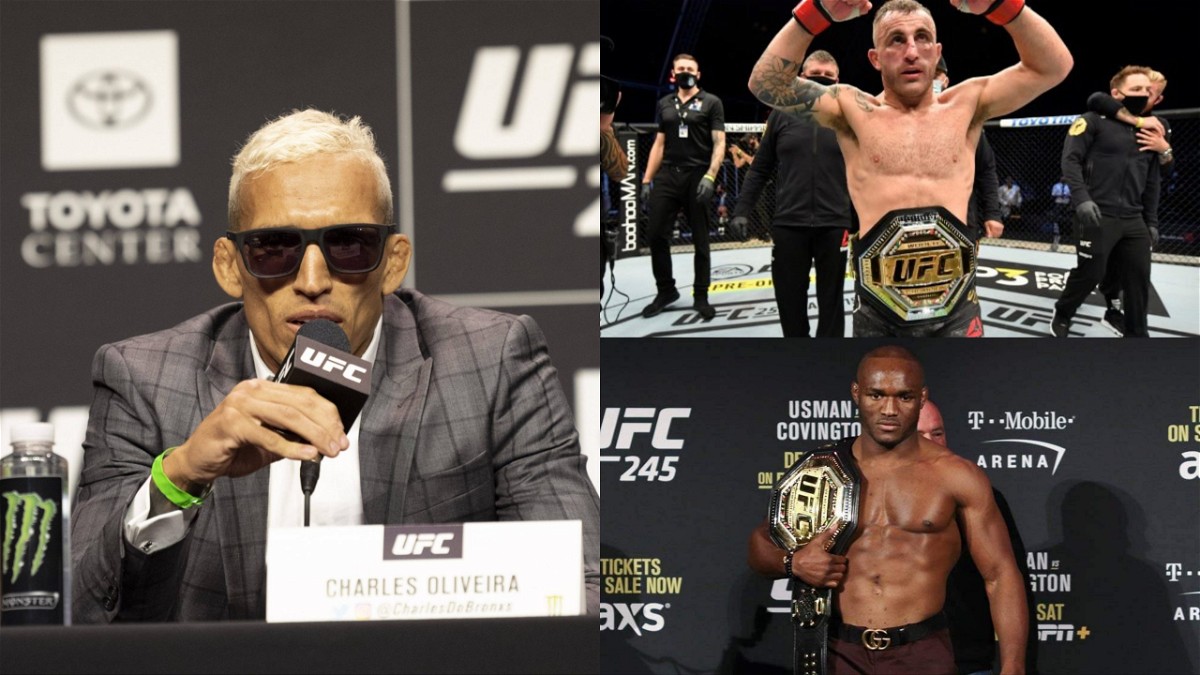 The UFC lightweight champion of the world, Charles Oliveira has expressed his wish to become the first male Brazilian fighter to hold two championships simultaneously in the organisation. The 32-year old captured gold in the premier division of the promotion on UFC 262.

Although the 19-fight veteran is currently reigning over the 155 lbs division, Charles Oliveira has a brief history in the featherweight division as well. After a few setbacks in the early days of his career, ‘Do Bronx‘ moved down in weight to rejuvenate his career. However, after significant losses to the likes of Max Holloway, Frankie Edgar and Anthony Pettis, he returned to lightweight.

In a recent interview with MMA Fighting, Charles Oliveira expressed his desire to become the double champ. He has listed both 145 and 170 lbs as his potential targets. Alexander Volkanovski is the featherweight champ while Kamaru Usman is at top of the welterweight division.

It is very evident from his comments that Charles Oliveira wants to create history. If he manages to capture gold at another division while retaining his lightweight belt, he will only be the second Brazilian after Amanda Nunes to achieve that feat.

Although Charles Oliveira wants to become the double champ, his road to success is filled with obstacles. His first target will be the featherweight division where he has fought before. The current champion Alexander Volkanovski is currently waiting for his next opponent. He has defended his title twice. The Aussie is a physical specimen and is a tough match-up for anyone. Oliveira will be at a disadvantage as he will be cutting more weight. He has a record of missing weight as he has missed weight twice. 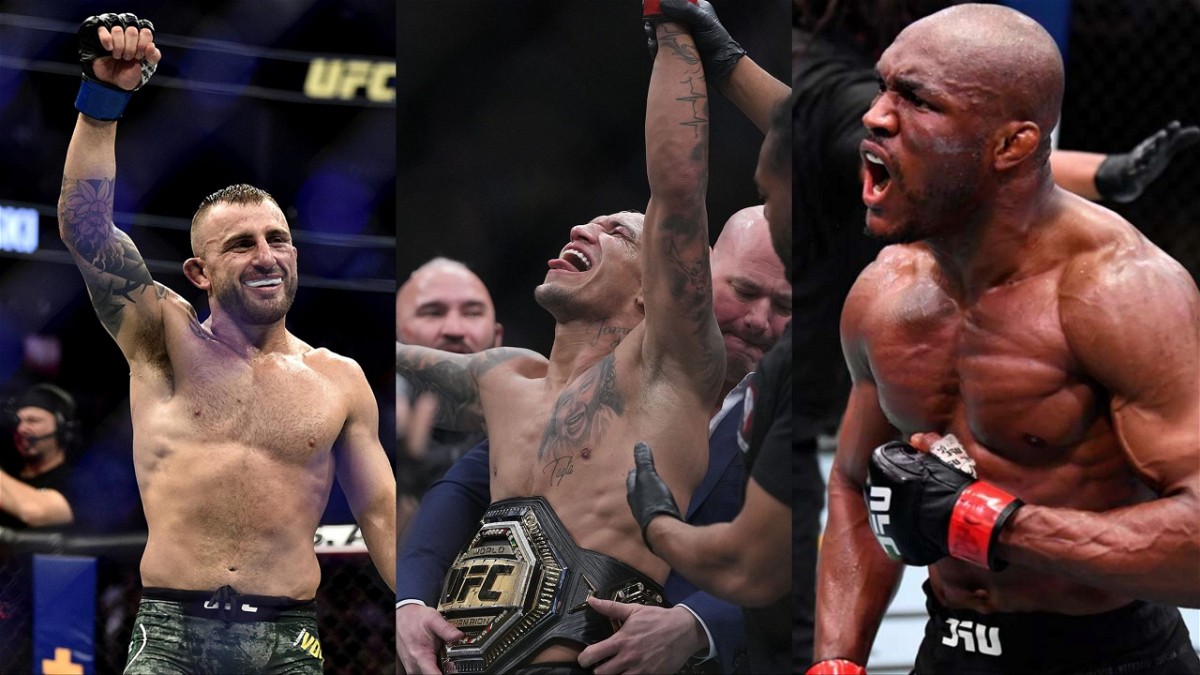 His second target will be a less physically demanding one. Charles Oliveira will have the advantage of being the fighter who is closer to natural weight. However, Oliveira will go up against the pound for pound no. 1 fighter Kamaru Usman. Usman has grown immensely under the guidance of Trevor Wittman. He has become a devastating finisher with his hands and the Nigerian has world-class wrestling in his arsenal. Although Charles has better Jiu-jitsu, Kamaru Usman will be the stronger fighter.