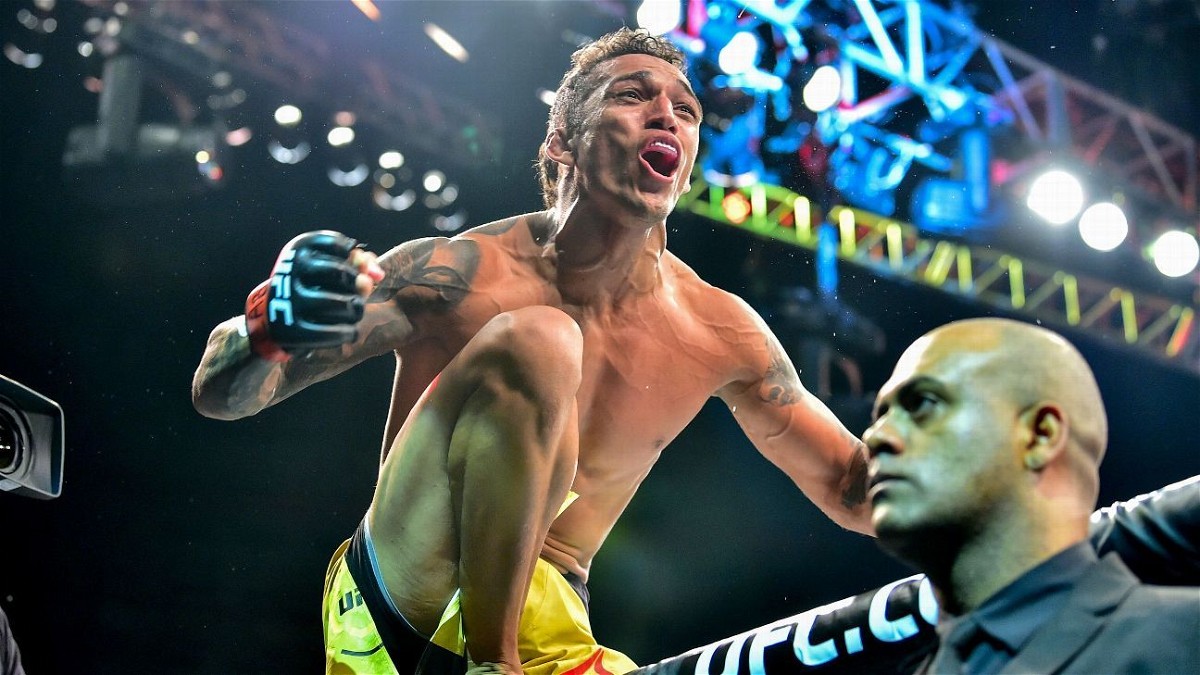 Charles Oliveira will have his first title defense on UFC 269. The event will see him square off against Dustin Poirier in the main event of the final card of the year. The fans are expecting a possible banger of a fight.

It is a very interesting stylistic match-up. Dustin Poirier has the ability to knock out anyone. And Charles Oliveira has shown that his chin can be an issue. Michael Chandler almost put his lights out in the first round of their championship fight. Hence Justin Gaethje is picking Dustin Poirier to win the fight.

Flawless technique! ????@CharlesDoBronxs has the most submissions in UFC history for good reason ???? #UFC269 pic.twitter.com/u9eEsyvPOV

In an interview with the ‘Throwing Down with Renee and Miesha’ podcast, Justin Gaethje has broken down the fight. According to him, the fight will ultimately come down to who has a bigger ‘heart’ and thinks Poirier will get the job done. However, he does think Oliveira has the chance to submit him.

“If they get into some grappling situations, I think Poirier can get finished in the first two, two-and-a-half rounds, But I think after that, like most fights do, it’ll come down to heart and will. There is something special about Poirier when it comes to that department, you know.” said Gaethje.

“He’s made all the money, but it’s very special when you find someone who’s not here just for the money, and he is one of those guys. So I don’t see him losing in the heart and will department in this fight,” explained Justin Gaethje.

During the media obligations, Charles Oliveira answered the questions from the journalists. While facing the reporters, Charles was asked about Justin Gaethje picking Dustin Poirier to win the main event of UFC 269.

The 155 lbs champion said, “you gotta laugh. You talk about one of the guys with the heaviest hands in the UFC and he fought him and he did not win. I knocked him out with a left hand. so all you can do is laugh. These guys just wanna talk. They just wanna sell the fight. He might have a chance if he fights me. So he will find out whether I have heart or not.”

While responding to the prospect of fighting Justin Gaethje next, he said, “like I said, I’m just gonna focus on this important fight right now. All I want is to go back to my daughter, my family, spend some time with them and let my managers  do the matchmaking and see if he’s really the person I should be fighting.”