Charles Oliveira’s UFC journey is nothing less than a fairy tale story. There was a time when Charles Oliveira was struggling to get an opportunity to fight for the UFC featherweight title.

However, after his lightweight move, Oliveira has been a force to be reckoned with. Riding a 10-fight winning streak, Charles Oliveira might be a couple more wins away from cementing his legacy as the greatest lightweight of all time.

Charles Oliveira became the undisputed UFC champion by beating Michael Chandler at UFC 262. Then he would go on to beat Dustin Poirier at UFC 269 in his first title defense.

Unfortunately, Oliveria had to vacate his lightweight title after he missed weight for the title fight against Justin Gaethje. However, if he comes out victorious at UFC 274 Oliveira will get an opportunity to win back his title.

Do Bronx is arguably the best submission artist in UFC history with 20 career wins coming from submissions. Besides that, he has 9 KO/TKO wins, which makes him one of the most entertaining fighters on the UFC roster.

But, it’s needless to say that the lightweight champion earns way more with his UFC fight purse and PPV points. So let’s have a look at Oliveira’s fight purse details throughout his UFC career.

Charles Oliveira made his UFC debut back in 2010 against Darren Elkins. Oliveira submitted Elkins in round 1 by an armbar and bagged a $52,000 fight purse including a $40,000 bonus for the submission of the night. 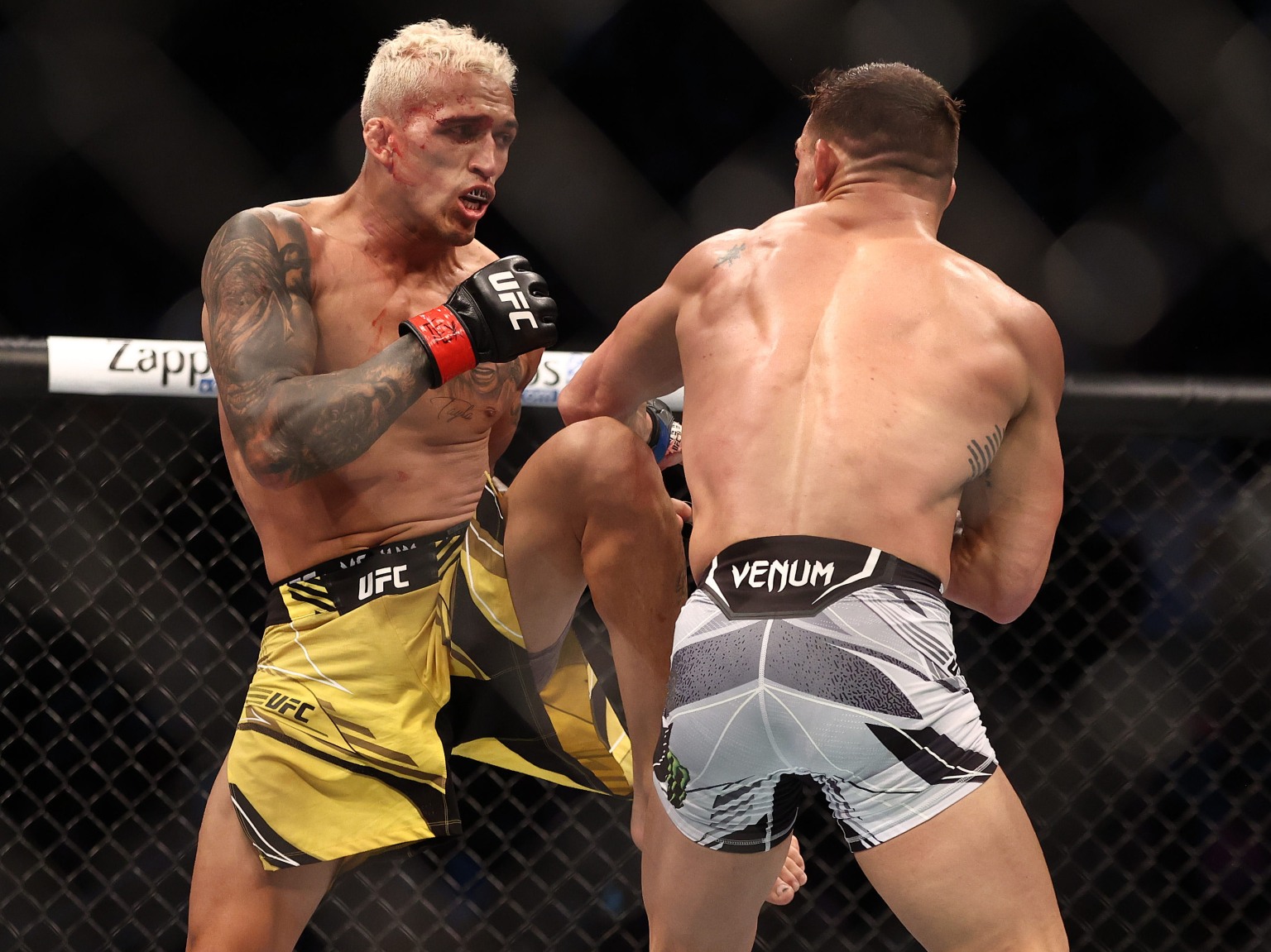 Do Bronx fought Donald Cerrone back in 2011 and lost the fight by TKO in round 1. After the loss, Oliveira managed to earn a fight purse of $12,000.

The Brazilian fought the former UFC featherweight champion, Max Holloway on UFC Fight Night 74. Oliveira suffered an injury during the fight and the fight was stopped before the completion of round 1. For this fight, Oliveira earned a fight purse of $47,000.

Oliveira also fought the former UFC lightweight champion, Anthony Pettis and despite a submission, loss earned a fight purse of $57,000.

After Charles Oliveira moved up to lightweight, he began to run through the division and he certainly got a much better UFC contract.

Charles Oliveira faced Kevin Lee at UFC Fight Night 170 in the main event. Oliveira earned a 3 round submission win and a fight purse of $312,000 including a $50,000 performance bonus.

Do Bronx would then take on the former interim lightweight champion, Tony Ferguson in a 3 round matchup at UFC 256. Oliveira would dominate Ferguson for three rounds and earn a fight purse of $250,000 including a $20,000 fight week incentive pay.

Charles Oliveira faced Michael Chandler with the undisputed UFC lightweight title on the line at UFC 262. Oliveira secured a 2nd round TKO win in an exciting title fight and earned a fight purse of $455,000 including $75,000 performance of the night bonus.

In his first title defense, Oliveira submitted Dustin Poirier in the third round and got a whopping $492,000 fight purse including $50,000 performance of the night bonus.

As per reports from Sportsdaily, Do Bronx has earned $4,177,3000 throughout his UFC career. It should be noted that this figure does not include the PPV points Oliveira has earned for his title fights.