Charles Oliveira UFC Earnings: How Much Has the Brazilian Fighter Earned in Bonuses 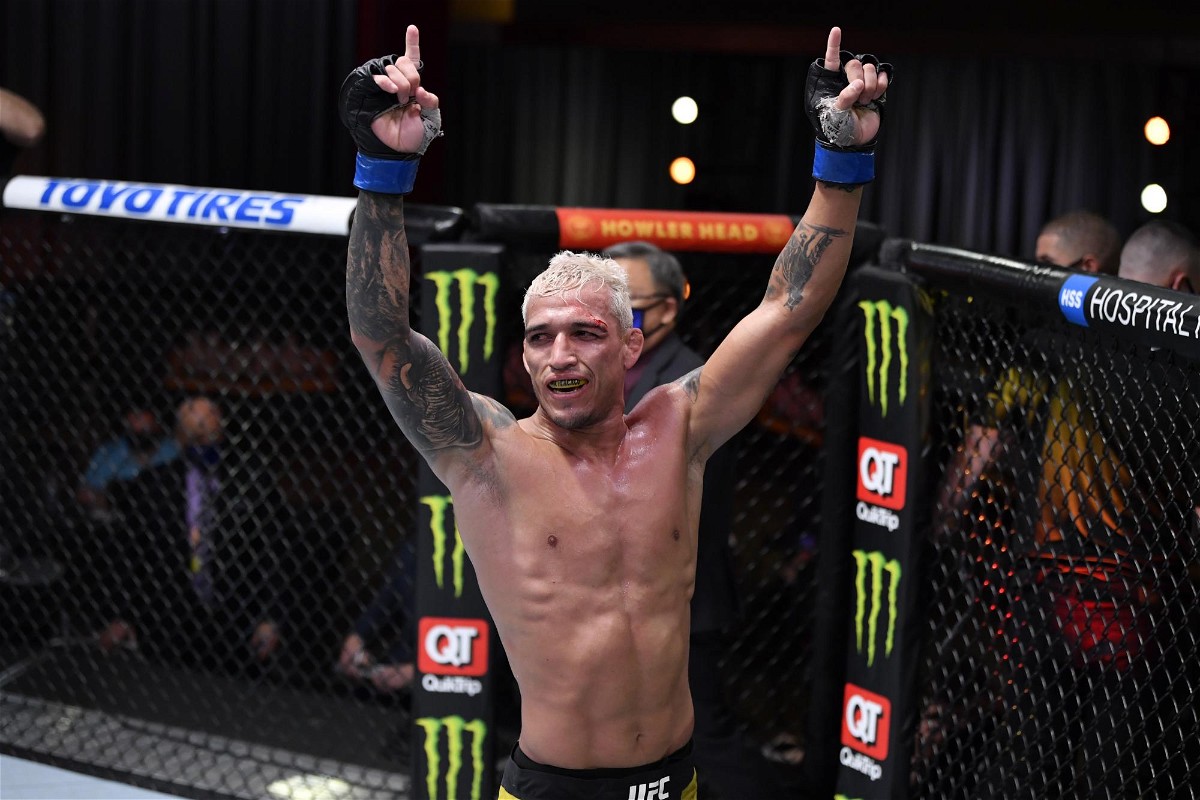 Charles Oliveira has raked in $800,000 through post-fight bonus awards

Let’s take a look at some of the most incredible performances of Charles Oliveira’s UFC career and figure out how much the Brazilian fighter has earned through post-fight bonuses.

Charles Oliveira holds the record for most UFC bonuses

While he missed weight in his next fight, Oliveira put up yet another Submission of the Night outing against Efrain Escudero. However, after suffering back-to-back losses against Jim Miller and Donald Cerrone, Oliveira decided to move down to the featherweight division and jumped back to the winning column with yet another Submission of the Night performance against Eric Wisely.

Despite several ups and downs, Oliveira managed to prove his credibility once again with a hard-fought Fight of the Night performance against Frankie Edgar. Despite the loss, Oliveira earned praise for his resilience inside the Octagon. Oliveira would go on to win back-to-back Performance of the Night bonuses against Andy Ogle and Hatsu Hioki next.

He would go on to become one of the very few fighters to earn the Fight of the Night and Performance of the Night bonus award in the same fight with a third-round submission win over Nik Lentz. However, a freakish neck injury against Max Holloway would lead to his fifth loss inside the Octagon, halting his incredible rise in the featherweight division.

Also Read: UFC Fight Purse: How Much Jorge Masvidal and Kamaru Usman Earned For their Fight at UFC 251

It would be a while before Oliveira would pick another bonus to his name. After back-to-back submission losses against Anthony Pettis and Ricardo Lamas, Oliveira would jump back to the lightweight division in a spectral fashion. Another post-fight bonus-worthy performance against Will Brooks would bring Charles Oliveira’s post-fight bonus awards to 10.

The TKO loss against Paul Felder marks Oliveira’s last loss inside the Octagon. Since then, he has picked up eight straight victories to his name with the most recent win coming against former interim lightweight champion Tony Ferguson. Charles Oliveria would go on to pick up the post-fight bonus award against Clay Guida, David Teymur, Jim Miller, Christos Giagos, Jared Gordon, and Kevin Lee.

Charles Oliveira stepped it up with another bonus to his name, as he took home a whopping $75,000 for his Performance of the Night outing against Michael Chandler in the main event of UFC 262 to become the UFC’s lightweight champion.

With 17 post-fight bonus awards, Charles Oliveira tops the list of most bonuses in UFC. Additionally, he also holds the record for most submission wins in UFC history.

How much has Oliveira earned from post-fight bonuses?

Needless to say, Charles Oliveira’s spectacular performances have kept him at the top of the division despite having been in the UFC for more than a decade.

Also Read: Here Is Everything You Need to Know About Michael Chandler’s Wife and Family