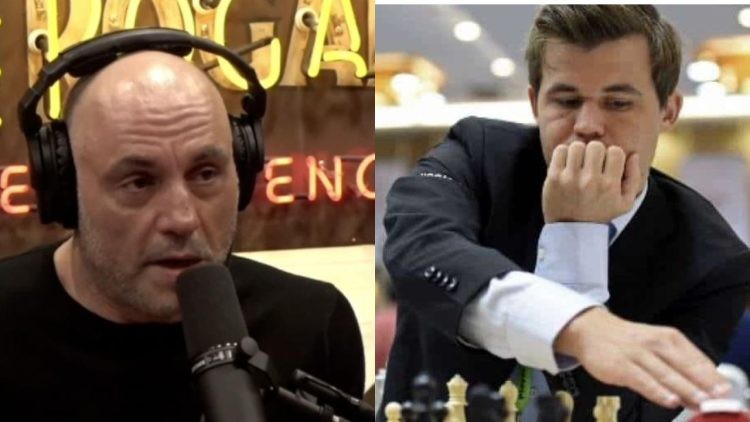 Joe Rogan is a commentator and podcaster, who likes to discuss interesting topics with his guests. In a recent episode of the Joe Rogan Experience, he weighed in on the Carlsen-Niemann cheating controversy.

Talking with Tony Hinchcliffe & Hans Kim, Rogan gave his thoughts on the matter. The trio discussed how Hans Niemann possibly cheated to beat Magnus Carlson, the world’s # 1 player in chess. Speaking about Niemann, Rogan says, “The thing that’s real is that, this guy did admit that he cheated, earlier in his life.”

According to Rogan, there are various ways to cheat in a chess game online. “What I assume one would do if they wanted to cheat in a chess game online, is they can memorize all the patterns and grids and all the moves and where things go. They could just do a separate game that’s not connected to the internet with all those pieces right next to it, and the game would suggest what to do.”

Recently, World Chess Champion Magnus Carlsen withdrew from an online match against Hans Niemann. As such, the incident reignited an ongoing cheating controversy in the sport. Carlsen resigned from the game after just a single move in a match against Niemann in the “Julius Baer Generation Cup” online tournament. Moreover, the Norwegian left without a word and turned off his webcam in front of stunned commentators.

Notably, Carlsen had also dramatically withdrawn from the Sinquefield Cup after losing to the 19-year-old. As for Niemann himself, the American admitted that he has cheated previously when he was 12 years old. Following his withdrawal from the game, Carlsen took to social media to post a meme.

What’s Next For Magnus Carlsen?

Following the controversy with Niemann, Carlsen is back on track. Currently, is back in the lead at the Julius Baer Generation Cup after scoring three wins and a draw on the third day of the preliminaries. Interestingly, Hans Niemann is still in contention of qualifying for the knockout phase and could well face Carlsen later in the tournament.

Since the day of the controversy, Carlsen played another day of fine chess in the Generation Cup on Tuesday. Similar to his first outing, he scored 10 out of a possible 12 points, and his only loss so far is the game he resigned quickly vs. Niemann.

Having secured qualification to the quarterfinals already, Carlsen will likely take on Niemann again. However, at such a crucial stage in the tournament, Carlsen cannot afford to do the same as before. What do you think happens in the next showdown? Leave it in the comments below.