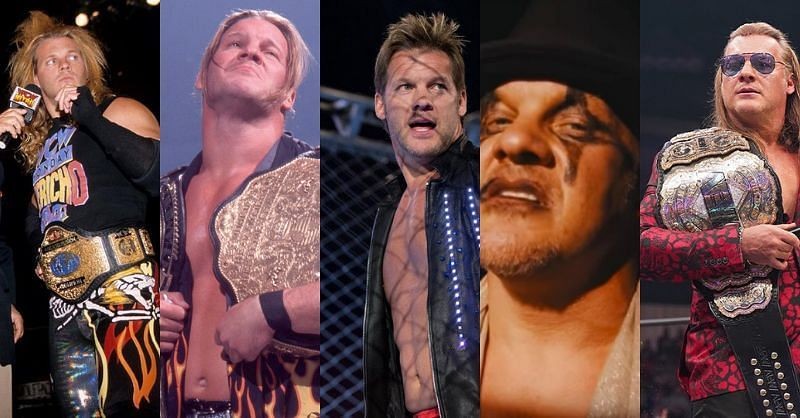 It is hard to believe that the Leader of the Inner Circle, Chris Jericho had lost interest in the business and was ready to hang up his boots. During an interview with Chris Van Vliet, one of the pillars of All Elite Wrestling, Chris Jericho revealed that back in 2005 he wanted to quit professional wrestling.

Chris Jericho is one of the Greatest Professional Wrestlers of All Time. He is the Man of 1004 holds. He is the first-ever WWE Undisputed Champion and he did it by defeating Stone Cold Steve Austin and The Rock on the same night. Jericho made a name for himself in WCW and then went on to debut in WWE in 1999 after wrestling 9 years for WCW.

Jericho continued to be one of the top stars in WWE. It only took 2 years for Jericho to become the Undisputed Champion and become the Face of the Company.

Why did Jericho almost Quit Pro-Wrestling?

There was hardly much left for Jericho to do in the business. That was one of the main reasons that Jericho was ready to quit back in 2005. His last match was at SummerSlam, against John Cena for the WWE Championship. Jericho put on a tough fight but came up short. The following night Jericho was fired as part of the storyline.

The return of Chris Jericho

Jericho finally returned in 2007. Since Jericho returned he has won all the titles in the company and he become a GrandSlam Champion. Chris Jericho is one of the few Wrestlers who has been a top star for more than two decades. Also, Jericho realized that just winning Championships was not all it takes to be a successful Professional Wrestler. He understood that creating something new and fresh for the fans was as important as winning titles. Jericho decided to change his character on a regular and was jumping from being a baby-face and a heel from time to time.

Jericho’s most memorable feud was against Kevin Owens and one of the best segments was the Festival of Friendship. Jericho then left WWE and had a few matches in New Japan. He became the PainMaker and won the IWGP Intercontinental Championship. After a short run in New Japan Pro-Wrestling, Jericho joined hands with Cody Rhodes and Tony Khan in becoming an AEW Superstar.

Overall, the 2 years break that Jericho took helped him understand the world of wrestling even more. Jericho has had an amazing career and has been on top of the game ever since. Jericho is enjoying wrestling at the moment and it looks like he has more to give.