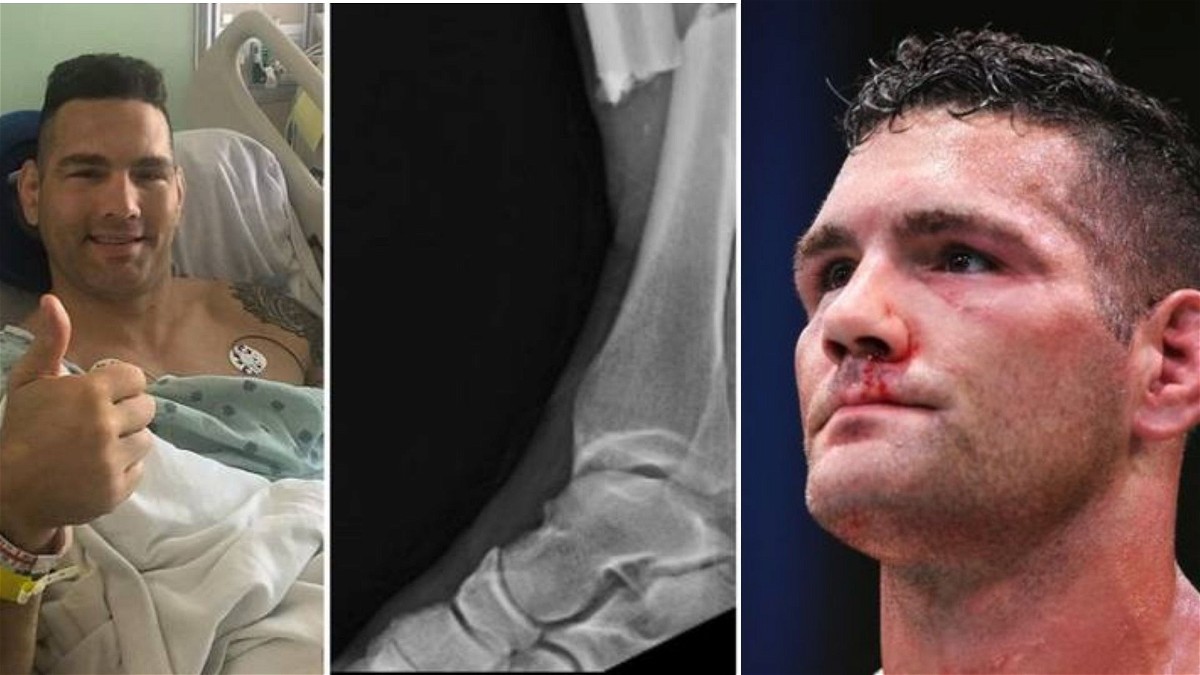 In disappointing news, former middleweight champion Chris Weidman has revealed that the recovery after his leg break hasn’t been up to the mark, and he will be going for another surgery.

Chris Weidman broke his leg on the 17th second of the very first round against Uriah Hall inside the Octagon earlier this year. 2021 marks the second time that a fighter suffered a broken leg, with the second fighter being none other than Conor McGregor.

“But I did expect setbacks and some issues with this type of traumatic injury. I’ve been through a lot. At the end of the day, I’m a positive person, to begin with. Not that I don’t have moments of negativity and just laziness, lack of motivation but I’m usually a glass-half-full type of person. So I think that helps.”

Needless to say, it’s unfortunate news, however, nothing that Weidman was not expecting. The former middleweight champion revealed that he was always aware that he might need to undergo another surgery.

“My fibula bone is still completely broken,” Weidman said at the time. “It’s displaced. The goal is it starts getting closer and closer and mends together. Then my tibia bone is completely fractured so I’m relying on that rod that is going through the middle of it to deal with the weight-bearing.”

Weidman revealed that he suffered a butterfly fracture because of the inflammation after the surgery, and while he is able to stand on his feet, it is largely due to his bone not bearing any weight, and not because of successful recovery.

When will Chris Weidman fight again?

It’s safe to say that it will be a while before Chris Weidman competes again and there’s every reason to believe that we might not see him at his absolute best when he does.

After going through a severe leg injury like that, it’s incredibly difficult to come back to your maximum efficiency inside the Octagon. Additionally, with age being a factor, the future looks quite challenging for the former champion.

Chris Weidman has expressed his desire to compete in the UFC Octagon once again, however, a lot will depend on the recovery of his leg and medical clearance that follows in order to compete inside the cage. It’s safe to say that he will be out of action for the remainder of 2021, and if he does make his UFC return, it will be sometime in the middle of 2022.