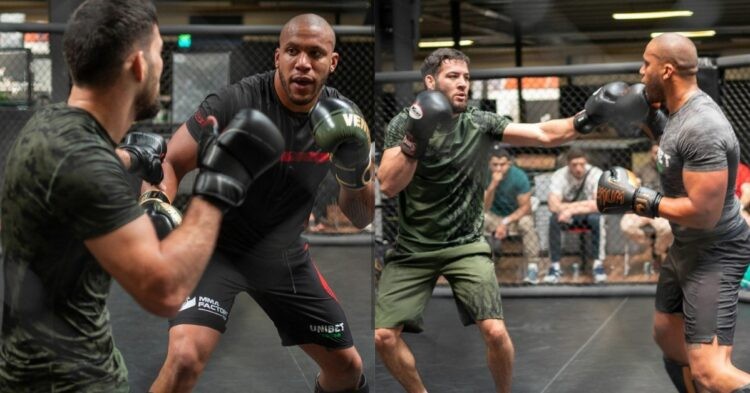 Ciryl Gane is expected to make his octagon return against Tai Tuivasa on September 3rd. Both the heavyweights have verbally agreed to fight each other, all that is left for the UFC is to confirm the date and location.

As per sources, this big clash will most likely take place in Gane’s home country of France. It is needless to say that this is an important clash in terms of the heavyweight title scenario as the winner will get one step closer to a title shot.

Taking a look back at their recent results, Tai Tuivasa picked up a brilliant knockout win against Derrick Lewis in his last bout. Meanwhile, Gane suffered his first MMA career defeat against Francis Ngannou in the main event of the UFC 270.

Following his unsuccessful title attempt, Bon Gamin has started preparing for his UFC return at the MMA Masters gym. He is currently training with Nassourdine Imamov. Both Ciryl Gane and Nassourdine posted pictures from their sparring sessions on their respective Instagram accounts.

The French heavgweight captioned this post as “Throwing bombs and keeping it “all smiles” with my bro, the sniper.”

Several fans and fighters showed their excitement by commenting on Gane’s post. It seems that everyone is fascinated to see the improvements of Gane after sparring with the Dagestani fighter ahead of his return against Tai Tuivasa.

As noticed from the images above, Ciryl Gane is currently training with Nassourdine Imamov ahead of his upcoming UFC fight. Imamov was born in Dagestan, Russia on March 1, 1996. The Russian Sniper who is currently competing in the middleweight division of UFC has a record of 11-3. 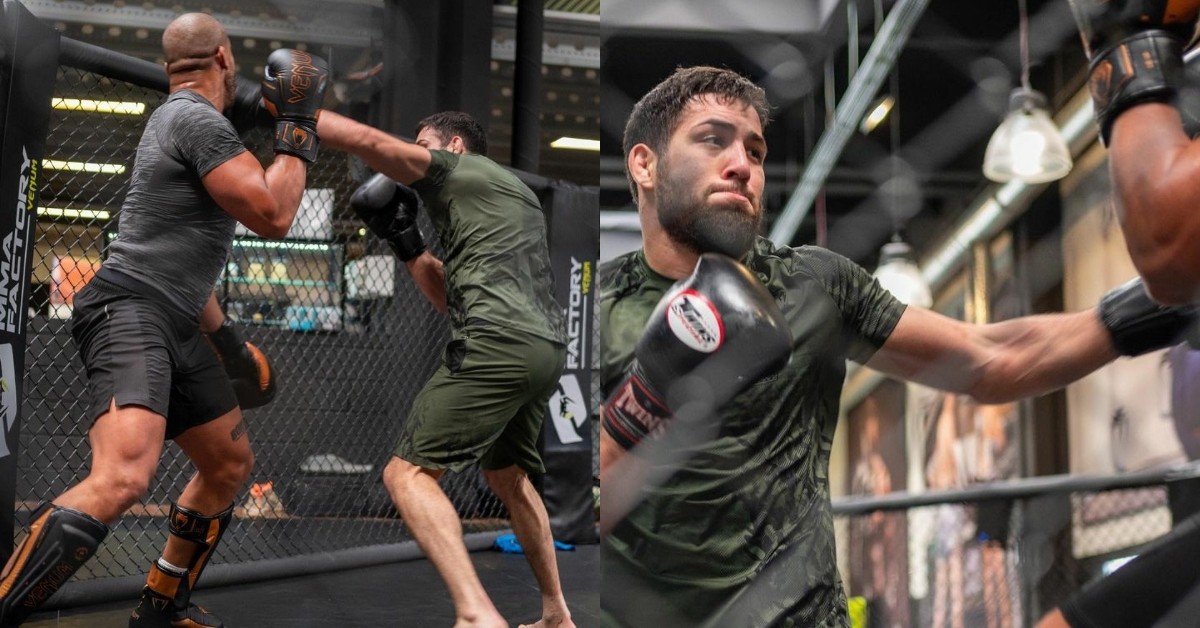 As of now, Nassourdine is currently #11 in the 185-pound division with three wins and a loss in his UFC career. He last fought in 2021 and is a very dangerous middleweight as he has finished his last two opponents in a vicious manner.

The Dagestani born middleweight moved to the French capital and is currently training at the MMA factory. Sparring with Imamov will help Gane a lot because he has great knockout power similar to Tai Tuivasa. The Austrailian is a big threat on the stand up as he has knocked out his last five opponents.