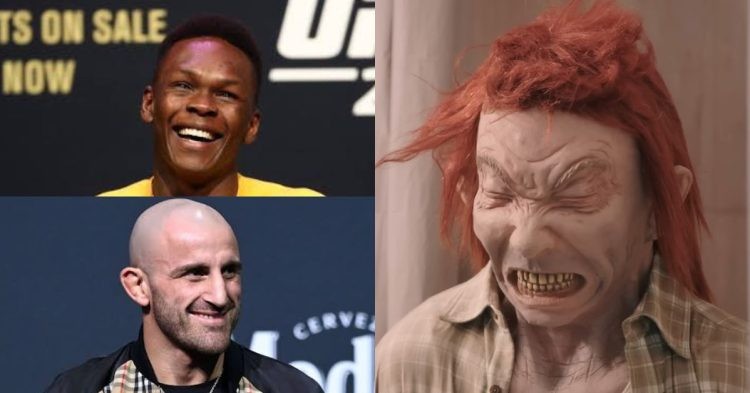 The highly anticipated UFC 276 PPV will take place this weekend at the T-Mobile Arena in Las Vegas. It is needless to say that fight fans have been waiting for this PPV for a long time now because this is a stacked card and it features many exciting matchups.

What makes this card more exciting is the fact that it features two title fights in the main event and co-main event. Middleweight champion Israel Adesanya will return to action to defend his belt against Jared Cannonier in the main event. Meanwhile, Alexander Volkanovski will defend his featherweight title against his old rival Max Holloway in a trilogy bout.

As we build-up to this PPV, the UFC has released the first episode of the UFC 276 Embedded series. In this episode, The Last Stylebender and featherweight champion Alexander the Great Volkanovski is pranked by their head coach Eugene Bareman.

The episode starts off with Adesanya shooting hoops and thereafter his coach Eugene Bareman asks the middleweight champion to check out a stripper room in the place where they are living.

Izzy checks the dark room and jumps out terrified as he finds out that there was a doll. After a few seconds, Israel burst out laughing and went inside the room again to check the doll. The next day Volkanovski reached Las Vegas and the City Kickboxing team decided to do the same prank with him. After a small banter with the team, Bareman asked The Great to check a room containing a stripper pole.

Unlike Israel Adesanya who was shocked and came out of the room quickly, the featherweight champion didn’t jump out of the room but was a bit surprised after seeing the doll.

In the final segment of the UFC 276 Embedded episode, Israel Adesanya and Alexander Volkanovski were training together at the UFC Performance centre in Nevada. Thereafter City Kickboxing head coach Eugene Bareman and The Great’s trainer shared a light moment.

Both Volkanovski and Adesanya explained how the banter and fun while training helps them clear their mind before going into fights. “The banter and the laughs of the boys is always good. Even later next week when we’re deep in the cuts because of the energy and everyone here the vibes, you just cruise through it, said Volkanovski.”

It is commendable how the entire City Kickboxing team has helped the two champions Adesanya and Alexander Volkanovski grow and remain at the top of their game in UFC. Going forward it would be interesting to see whether these two fighters maintain their dominance at UFC 276.

Skip Bayless Doesn’t Hold Back as He Slams “Most Overpaid Player” Rusell Westbrook; Invites Him to Talk Face-To-Face