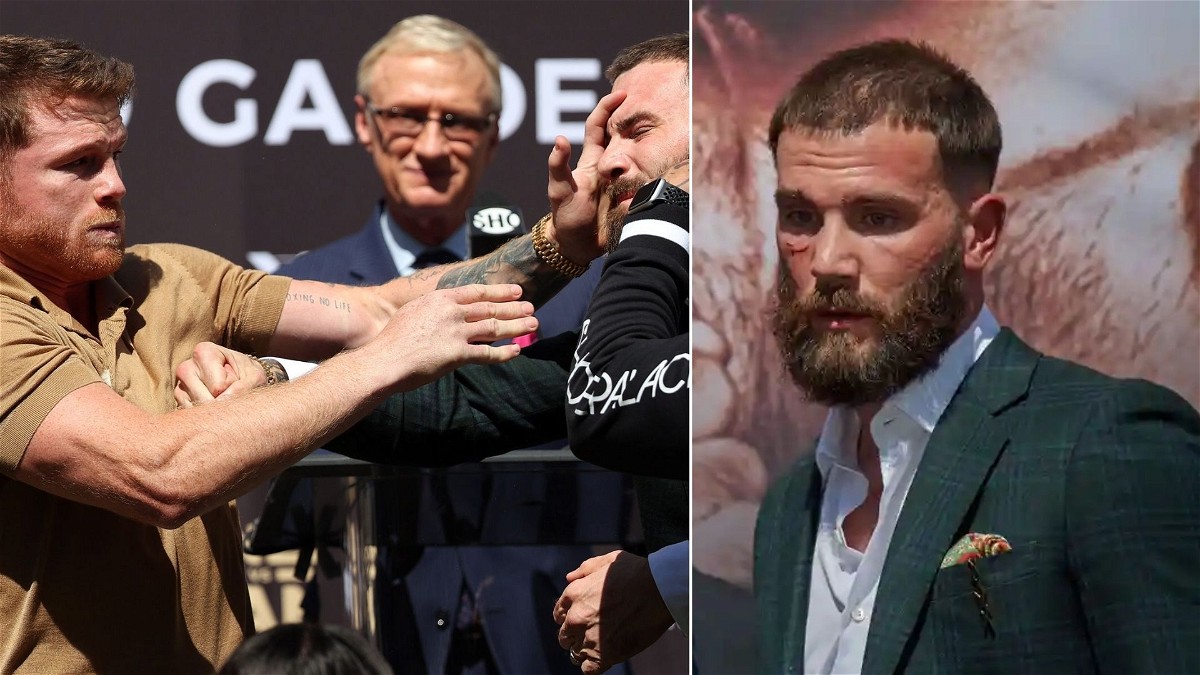 Boxing great Claressa Shields slammed Canelo Alvarez fans after the pound-for-pound king pushed challenger Caleb Plant during a heated face-off. Alvarez pushed Caleb Plant, and both the boxers traded blows before security rushed in and distanced both the boxers. The entire incident received a lot of attention from fans around the world, with UFC president Dana White slamming Showtime for their lack of security and preparation ahead of one of the biggest bouts of this year.

It all depends on who do what on how y’all respond. If Caleb would have pushed Canelo first you’d all be screaming “He’s in Caleb head, fine him” but because Canelo pushed Caleb Y’all narrative is he son him ???????????? and the push is so cool to y’all,

The super-middleweight champion later took to Twitter to give clarity on why he pushed Caleb Plant. Apparently, Plant said something about Alvarez’s mother, which did not go too well with the Mexican boxer who proceeded to push Caleb Plant. While it’s not clear what exactly Caleb Plant said, the brutal exchange that followed left a vicious cut under Plant’s right eye.

While that’s a personal stance, and a heated face-off is not something new to this business, it certainly sheds some light on how boxers who are the favorite to win the bout are perceived by fans around the world. Clarissa Shields sent out several tweets following the entire scuffle, slamming Alvarez fans.

Full Clip ! Caleb walked up so slow! He snatched his jacket from old girl like he was John Wick ???????? https://t.co/CENM1bk7DV

UFC president Dana White also slammed shared his opinion, slamming how Showtime risked the health of both the boxers before a huge match-up. “You couldn’t be f*cking dumber than what they did today, risk a massive fight with one of the biggest stars in the sport, by not having the fighters safe,” White said in the press conference following the conclusion of DWCS.

Don’t talk about my mom. pic.twitter.com/f1HQlEfUUE

What do you make of the entire incident? Do let us know your opinion in the comment section.