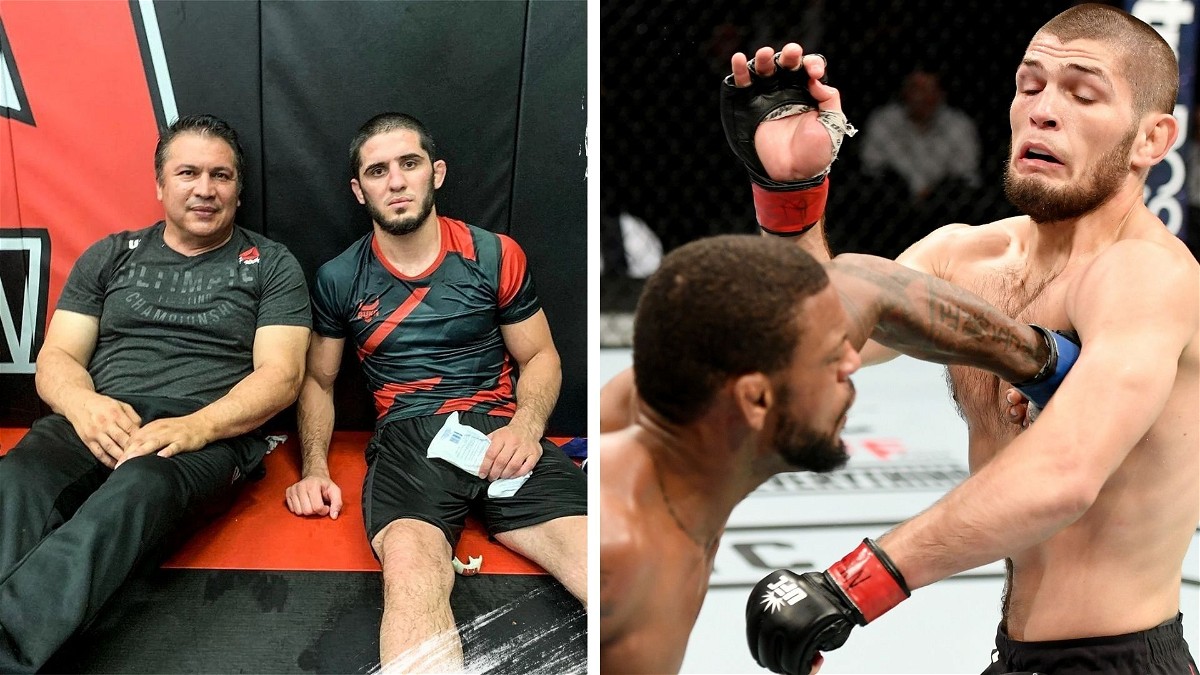 Javier Mendez compares Makhachev vs Green to Nurmagomedov vs Johnson

Islam Makhachev takes on Bobby Green in a catchweight bout in the main event of UFC Vegas 49 inside APEX, Las Vegas. Ahead of the fight, Makhachev’s coach Javier Mendez gave his thoughts on the match-up and interestingly compared the fight to Khabib Nurmagomedov vs Michael Johnson.

“The comparison between Khabib, and Michael Johnson, and Bobby Green, and Islam Mahachev, there is a little bit of similarity. Just a little. And that in the sense is that they are both good strikers. They could damage you with your strikes. They are both decent wrestlers.”

“Bobby Green is a decent wrestler, and so was Michael. So, in that way, they are very similar. Actually, to be honest with you, in a lot of ways too, I don’t think Bobby Green is grounded as good as he needs to be but he’s got decent wrestling and so did Michael Johnson.”

There’s no denying coach Javier Mendez. Michael Johnson has had an illustrious UFC career with wins over some of the top names of the division. In case you have forgotten, Michael Johnson is the only fighter to send Khabib Nurmagomedov on wobbly feet.

Michael Johnson is the only fighter to rock Khabib Nurmagomedov

“I think Michael Johnson have one of the cleanest boxing skills in UFC history, in lightweight history for sure. My opinion about Michael, not because I fight with him. Not because of that, we can watch how many tough opponents he just beat.”

“Hey, guys, 10 years amateur fighter. 8 years undefeated pro-MMA fighter. But nobody catch me, only today one guy catch me.” Nurmagomedov said in the post-fight Octagon interview. This was the same fight where Nurmagomedov called out Conor McGregor and rained down on the UFC’s PR machine for pushing the Notorious despite losing to Nate Diaz earlier that year.

Both Michael Johnson and Bobby Green are incredible strikers. However, Green is more unorthodox than Michael Johnson. Green likes to keep his hands down, and move a lot while trying to connect his strikes. His success against an impressive striker in the form of Rafael Fiziev was the testimony of his improved striking. However, Johnson had a boxing heavy approach, relying on defense, and trying to pick his shots. No wonder, Johnson did not only give a tough fight to Khabib Nurmagomedov and Justin Gaethje, he also has notable wins over Dustin Poirier and Tony Ferguson.

It’s an exciting match-up, and while Green does have a chance against Makhachev on the feet, it looks like it’s going to be a long night for him in the ground. However, in the sport of MMA, as we know it, anything can happen.