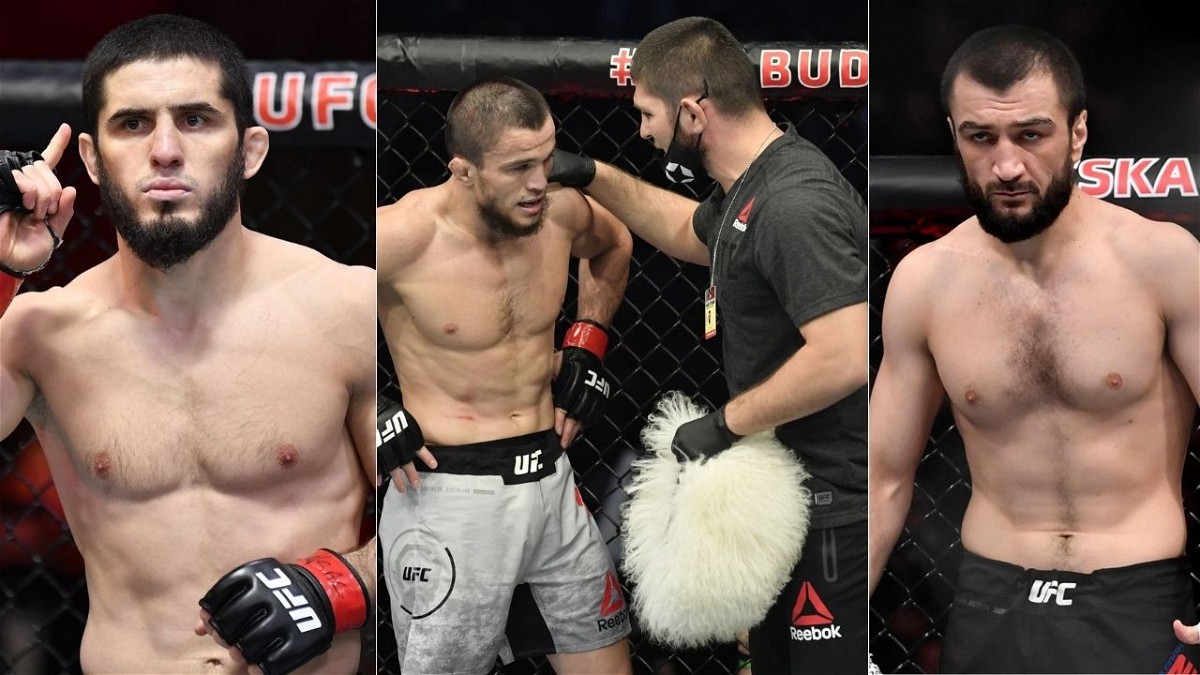 Khabib Nurmagomedov has donned the hat of a coach in a fashion that replicates his dominant run as the UFC’s lightweight champion. While as a fighter he was what everybody aspired to be, even as a coach, he is setting a benchmark. Ever since retiring as a mixed martial artist following his win over Justin Gaethje in his third title defense for the UFC lightweight championship back at UFC 254.

Khabib Nurmagomedov as 5-0 as a coach. The first time when Nurmagomedov donned the hat of a coach was when his cousin Umar Nurmagomedov stepped inside the UFC Octagon against Sergey Morosov back in January.

Khabib’s next adventure as the MMA coach came against a proficient striker in the form of Drew Dober when Islam Makhachev submitted the American fighter via submission.

He then cornered Abubakar Nurmagomedov back in July against Hared Gooden and once again proved his ability to hone his fellow teammate as Islam Makhachev continued his dominant run with a submission win over Thiago Moises at UFC Vegas 31.

Coach @TeamKhabib is having an incredible year so far! ????#UFCVegas31 pic.twitter.com/MbLWOso2RG

As an active mixed martial artist, Khabib Nurmagomedov used to train out of American Kickboxing Academy under coach Javier Mendez, training alongside the likes of former dual champion Daniel Cormier.

Recently, he also extended his help to former middleweight champion Luke Rockhold and is expected to be in his corner upon his UFC return. Despite calling retirement from the sport, Nurmagomedov regularly hangs out with his fellow brothers from Dagestan and at the American Kickboxing Academy, helping young fighters in their mixed martial arts journey.

Usman Nurmagomedov grabbed the 5th win for Khabib as a coach as he picked up an impressive stoppage win at Bellato 263. Needless to say, the future of Khabib Nurmagomedov as a coach looks bright with Islam Makhachev and Umar Nurmagomedov looking like bright prospects for their respective division. Nurmagomedov is also being looked at as a strong contender for 2021 Coach of the Year.