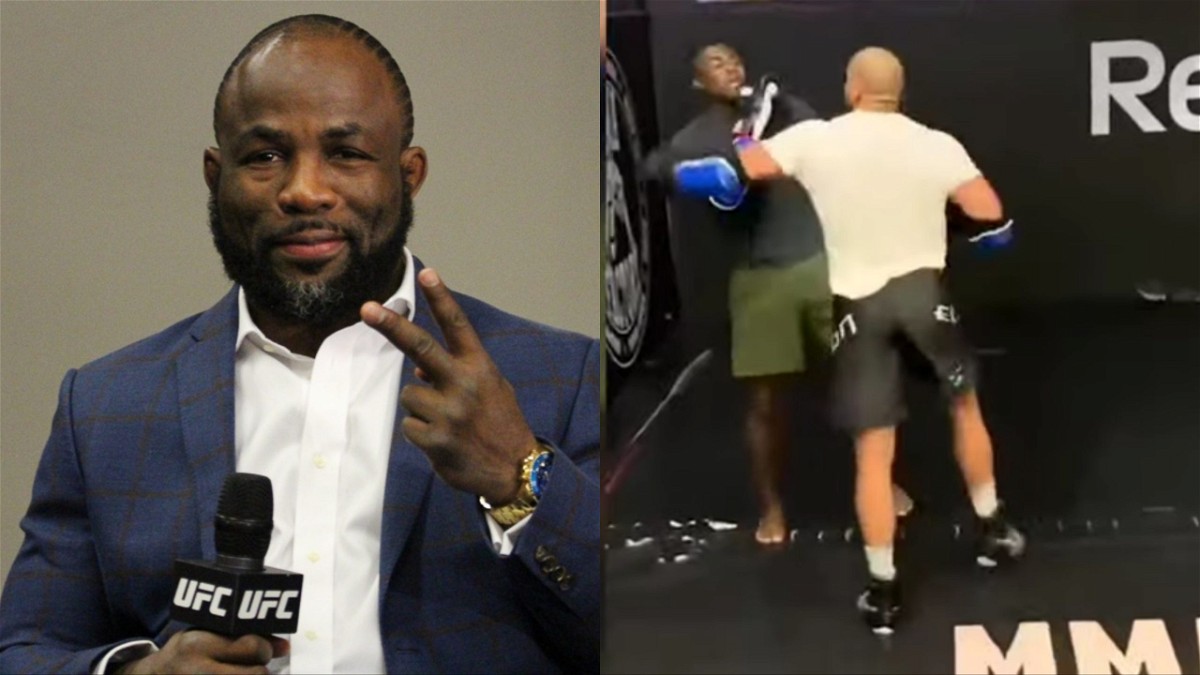 UFC 270 is just over 2 weeks away and the much anticipated heavyweight clash between Francis Ngannou and Ciryl Gane will headline the event. The excitement for the fight has grown exponentially since it was announced. Mostly thanks to the leaked sparring footage between the two. Both fighters expressed their opinions on the issue and now the head coach of MMA Factory shares who had the upper hand.

Fernand Lopez is the man in charge of Ciryl Gane’s camp for the upcoming Francis Ngannou fight. He was the head trainer for the current heavyweight champion while Ngannou’s time with the gym. However, the two are not good terms after Francis left the gym. Each side has taken shots at the other. Lopez is certainly the more vocal one as evident by his latest interview with MMA Junkie.

Speaking on the sparring sessions between the two titans, the French coach revealed the Gane got the better of Francis Ngannou.

During the interview, Fernand Lopez claimed that the sparring footage is very accurate of how the sessions played out in the gym. He also added a big knee from the 31-year old interim champ, dropped the Cameroon native.

Francis Ngannou responded to the leaked footage and claimed that his former gym is trying to make him look bad with misleading footage. Lopez also responded to that claim in the interview.

UFC 270 will take place on January 22. It will mark the first title defence of Francis Ngannou’s reign atop the heavyweight division. Ciryl Gane recently defeated Derrick Lewis to capture the interim heavyweight championship to earn a title shot against the undisputed champion. It will be interesting to see if the claims from the coach have any effects on the proceedings of the fight or not.