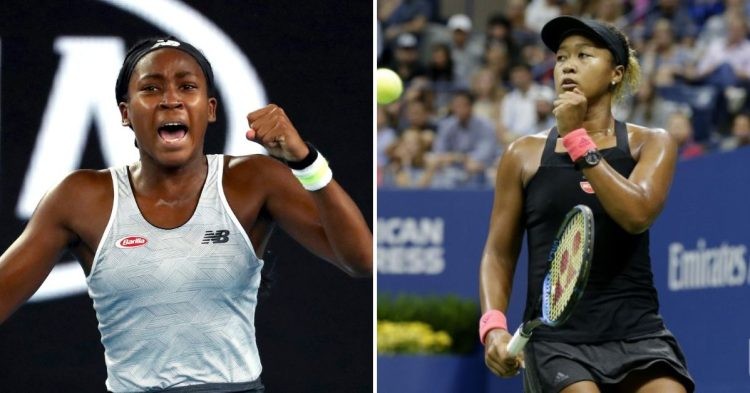 Ahead of the US Open, big names like Naomi Osaka and Coco Gauff are playing in the Mubadala Silicon Valley Classic. Coco Gauff played Ukraine’s Anhelina Kalinina in the first round of the tournament and the match was a piece of cake for the young American.

As devastating as debuts get 😮‍💨

🇺🇸 @CocoGauff wins her first match in San Jose in under an hour!

What is surprising to note is that the match did not even last for an hour. Gauff dominated the first set 6-1 and broke the confidence of her opponent. Just when it looked like it couldn’t get any worse for Kalinina, Gauff won the second set 6-0 to win the match in 55 minutes.

Gauff had no complaints about her performance and was satisfied with how she played in the match. As per WTA, she said in the post-match interview, “Today’s match was great. I was glad to find out I was playing the night match. I love night sessions. This crowd was pretty energetic. It’s a small stadium, but the sound is really loud, so I enjoyed it.”

After a one-sided first-round match, Gauff will now face Japan’s Naomi Osaka in the second round of the tournament. Osaka has come back to the court after a long break due to an injury and had even missed Wimbledon due to the same.

When asked about her upcoming match against Osaka, Gauff said, “I played her a lot of times and she’s obviously going to be a tough opponent. She’s such a champion, on and off the court, so I guess those are the type of people that you want to play, and I look forward to playing those matches.”

Osaka also had only praises to shower on her opponent as she praised Gauff’s mentality. Moreover, the four-time grand slam winner said, “When I was her age, I would find myself getting frustrated and I would show it. I just think it’s really cool how she’s able to stay really neutral all the time.”

Osaka and Gauff have previously played against each other thrice and Osaka leads 2-1 so far. The two last met at the Western & Southern Open where Gauff won the first set but lost the next two sets to lose the match to Osaka. It will be interesting to what the two have in store for each other in round two.