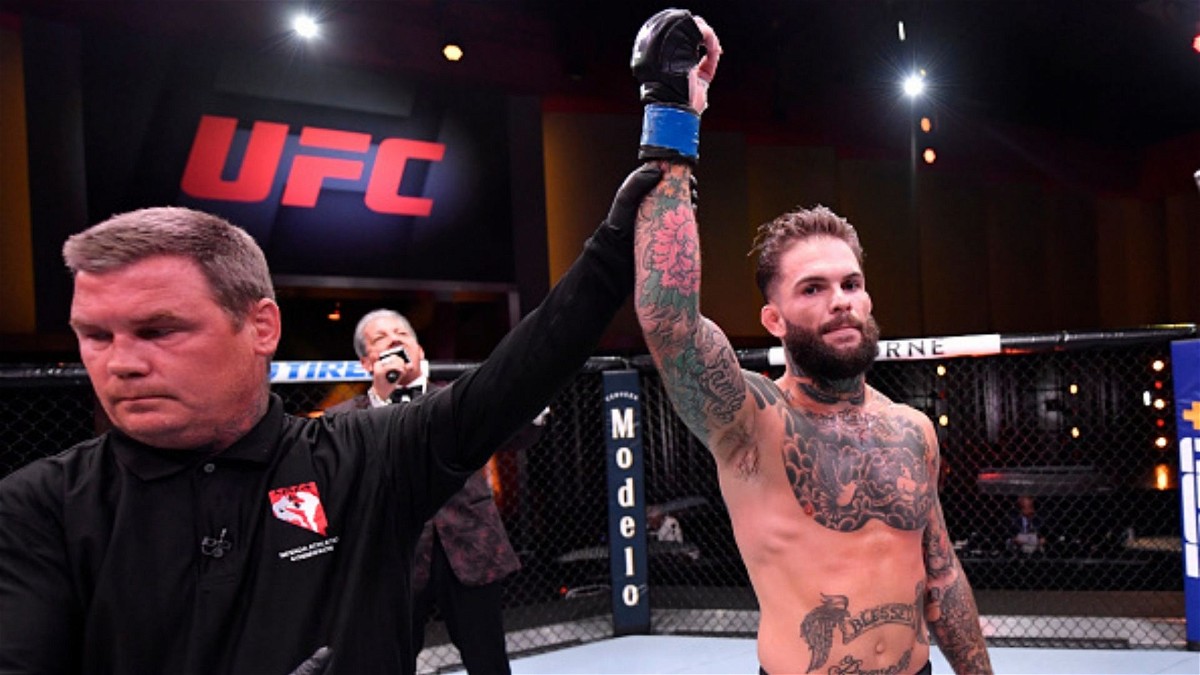 Cody Garbrandt returns to the cage against an equally dangerous Rob Font in a five-round main event at UFC Vegas 27 in what promises to be an exciting match-up between the bantamweight elites. Cody Garbrand is coming off an incredible KO win over MMA veteran Raphael Assuncao in his return fight after back-to-back losses at the hands of TJ Dillashaw and Pedro Munhoz.

Cody Garbrandt has vowed to stop Rob Font inside two rounds and believes he is levels above Rob Font. Needless to say, an energized Cody Garbrandt coming off the incredible win will look to continue the same momentum and seal a title opportunity with a win over Ron Font at UFC Vegas 27. 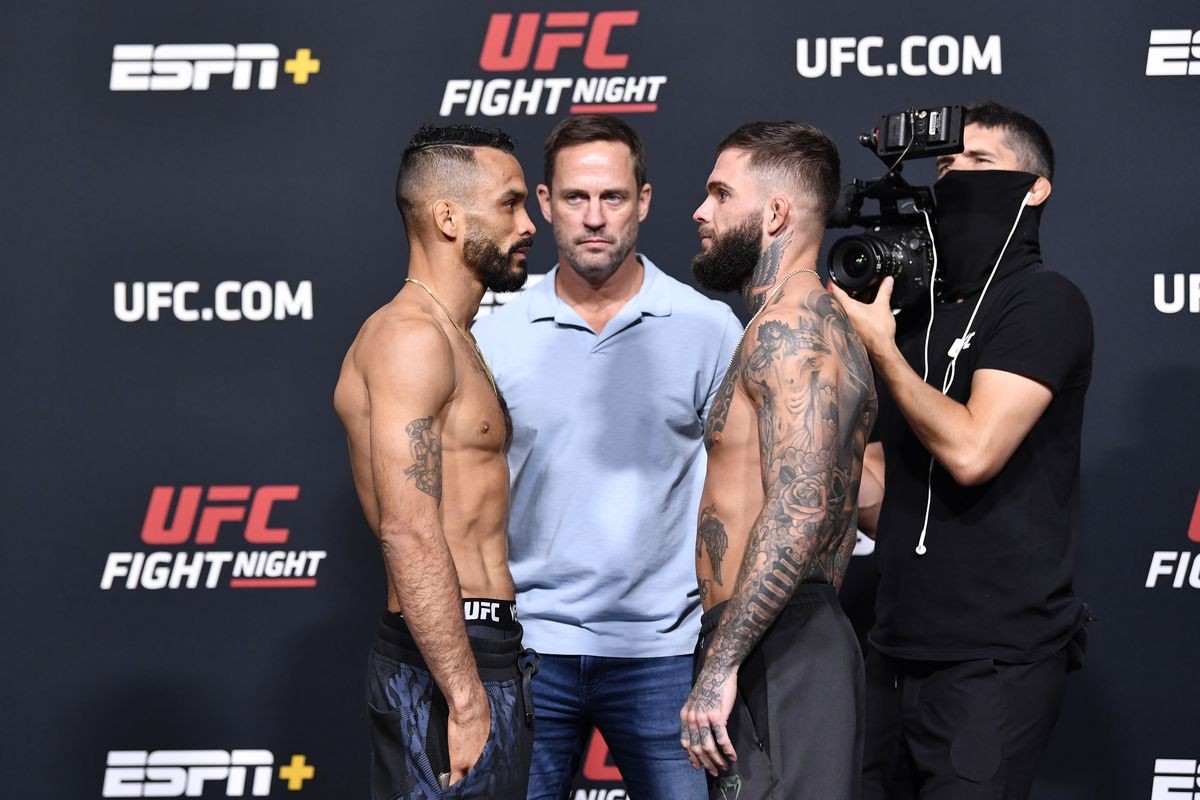 Meanwhile, Rob Font is coming off a spectacular stoppage win over former bantamweight champion Marlon Moraes and currently sits at the #3 spot in the UFC’s bantamweight rankings. Needless to say, should Font triumph over Garbrandt, he could be looking at a potential title opportunity. While a lot would depend on the winner of Cory Sandhagen vs TJ Dillashaw, it remains to be seen what lies ahead for the stacked bantamweight division.

Cody Garbrandt or Rob Font? Who has the edge in terms of striking?

Rob Font and Cory Sandhagen are both strikers and rely on their striking ability to dominate their opponents. While Garbrandt is quick on his feet and has explosive power in his hands, Font has a sizeable reach advantage over Garbrandt and has an impressive striking game.

It won’t be wrong to say that the likelihood of this fight going to the ground is quite slim, while Ron Font could look to take it to the ground considering his incredible performance against a seasoned fighter like Ricky Simon, that might not be the case with Garbrandt’s incredible takedown defense, and his ability to dictate the pace of the fight. 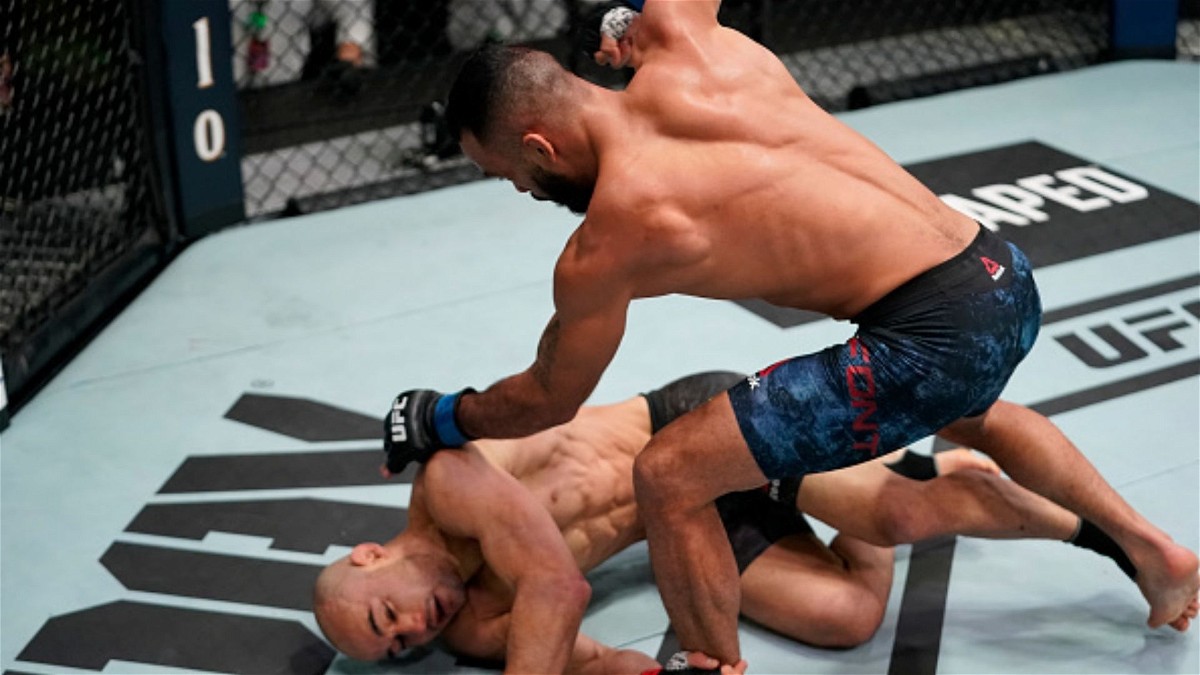 It wouldn’t be wrong to say that Cory Sandhagen is the better fighter as far as the skillset goes, however, the more than five-inch reach advantage could prove to be fatal for the former champion.