The first fight between the two was one of the best title fights in UFC history. And there were some controversial moments in the fight, which made the fight even more intriguing. Mane fans and Colby Covington believe that Kamaru Usman faked a nut shot and eye poke to get a little break when Covington was putting the pressure on him.

It was a competitive fight between two of the best welterweights in the world right now. And the rematch will be nothing less of a spectacle. but, it will be a lot different from the first fight. Usman’s striking has improved significantly as we have seen in his last two fights against Gilbert Burns and Jorge Masvidal. And it was a striking battle when Usman fought Covington at UFC 245. And we did not see significant improvement in Covington’s striking in his fight against Tyron Woodley. So how can Covington beat Usman in the rematch? 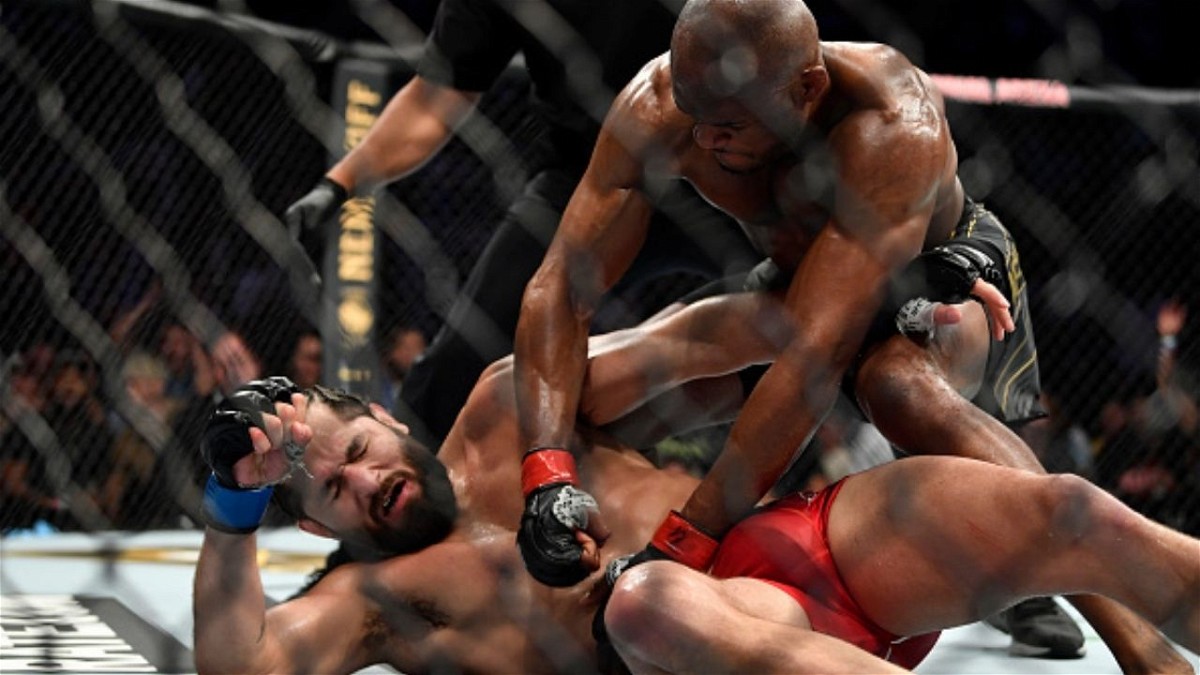 When asked about Kamaru Usman’s weaknesses in a recent interview with Submission Radio, Colby Covington made some valid points. Covington said:

I learned a lot. he was getting his leg kicked a lot. He wasn’t able to stop the leg kicks. He got those little legs, I know his body is weak. I know if I put the pressure and the pace on him, he’s gonna quit. Look at the last fight. It’s a complete joke. Fake eye poke. I barely touched the right eye and he is holding the right eye. You think that’s not gonna come up on cameraman. You are the worst actor in the world. I mean the nut shot. I kicked him clearly in the liver, it was above the beltline. Getting a 5-10-15 minute break changed the momentum in the fight. I mean that changes the outcome, that changes everything. I just know if I put my pace on he can not keep up with my pace.

It’s true that Usman took a lot of leg kicks in the fight against Jorge Masvidal. In fact, Masvidal was possibly winning the fight on the scorecard and doing more damage. Usman’s striking did not look good at all in the first round against Masvidal. Now maybe Usman had a slow start and picked up the pace in round 2. But, this does give a possibility for Covington to do some damage against Usman early on with his striking.

With that being said, Covington will have to come up with a different game plan than the first fight. If it’s a striking battle again then Usman will likely win the fight and this time it’s going to be quicker. Covington will have to find a way to mix his wrestling with his striking or sharpen his boxing to land some more impactful punches. Coming up with a game plan to beat The Nigerian nightmare is easier said than done but if anyone can do it in the welterweight division then Colby Covington is certainly one of them.

Jorge Masvidal Reveals Who Can Beat Kamaru Usman, and It’s Not Colby Covington