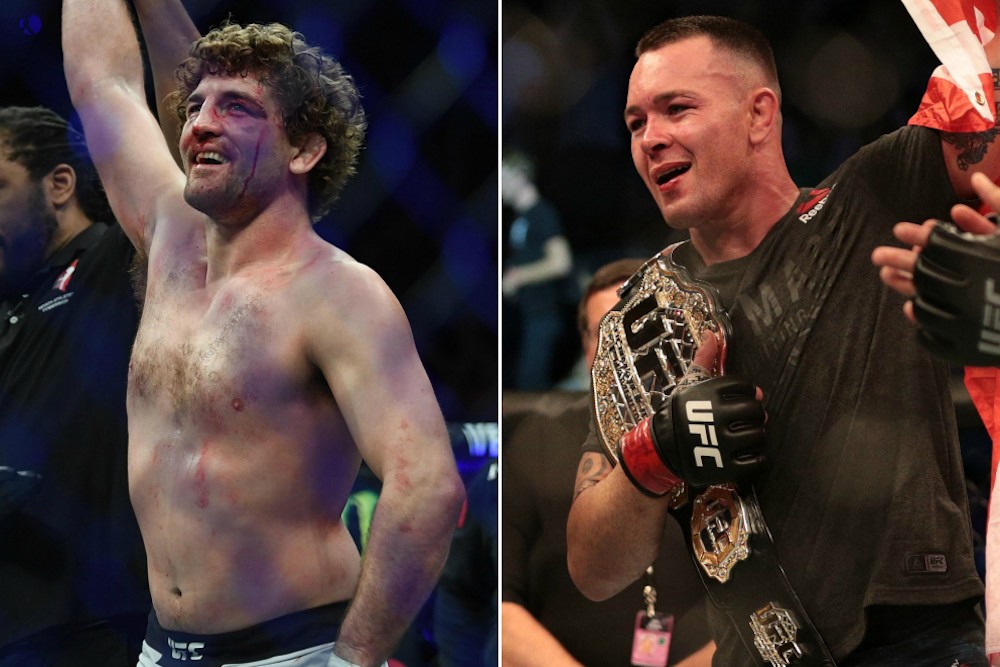 Ben Askren and Jorge Masvidal are at it again. But, this time Colby Covington joins the party, and surprisingly Covington and Askren are on the same side.

The rivalry between Jorge Masvidal and Ben Askren is well known. We thought the rivalry ended with Masvidal knocking out Askren in 5 seconds inside the octagon. But, there is more to it. After Masvidal face-timed Jake Paul during his press conference with Ben Askren, things have certainly heated between these two welterweight elites.

Ben Askren responded to Masvidal’s insult by saying that the flying knee was his luckiest strike and he is the reason “Street Jesus” is famous. And now Askren has claimed that Masvidal has been ducking Colby Covington for over a year now. Askren tweeted:

“It makes a lot of sense that Jorge Masvidal and Jake Paul are friends, both have emotional maturity of a 12 years old. If you say something they don’t like one pouts and stomps, the other tries to fight you.”

“I can’t stand Colby, but let’s be real fake street Jesus was afraid to fight him.”

What changed for UFC fighters under the new Venum Deal?

Jorge Masvidal responded to Askren’s comment on social media and stated: “Just like when you told the whole world I was afraid to fight you and I went on to retire your a** in 5 seconds stfu. Now I’m going to fight the world champion so stfu*2 #andnew”

Masvidal is taking on Kamaru Usman in a title rematch at UFC 261. However, since his first loss to Usman, Masvidal has not fought again. Now, this can be called a good business move from Masvidal. But, there was a big opportunity for him to fight Colby Covington who recently beat Tyron Woodley.

Both Masvidal and Covington have bad blood since 2019 and Masvidal has said on numerous occasions that he would love to shut Covington up inside the octagon. Covington vs Masvidal is arguably the biggest fight in the welterweight division. But, it seems the fans will have to wait a lot longer to see this fight. Colby Covington seemed to agree with Askren’s comments on Masvidal as he tweeted: “Truth is a force of nature”

Everything you need to know about Colby Covington’s family

Ben Askren makes his boxing debut against Youtube star Jake Paul in the next PPV of Triller. Though Askren does not intend to come back to MMA he does consider the boxing match with Jake Paul an easy payday.