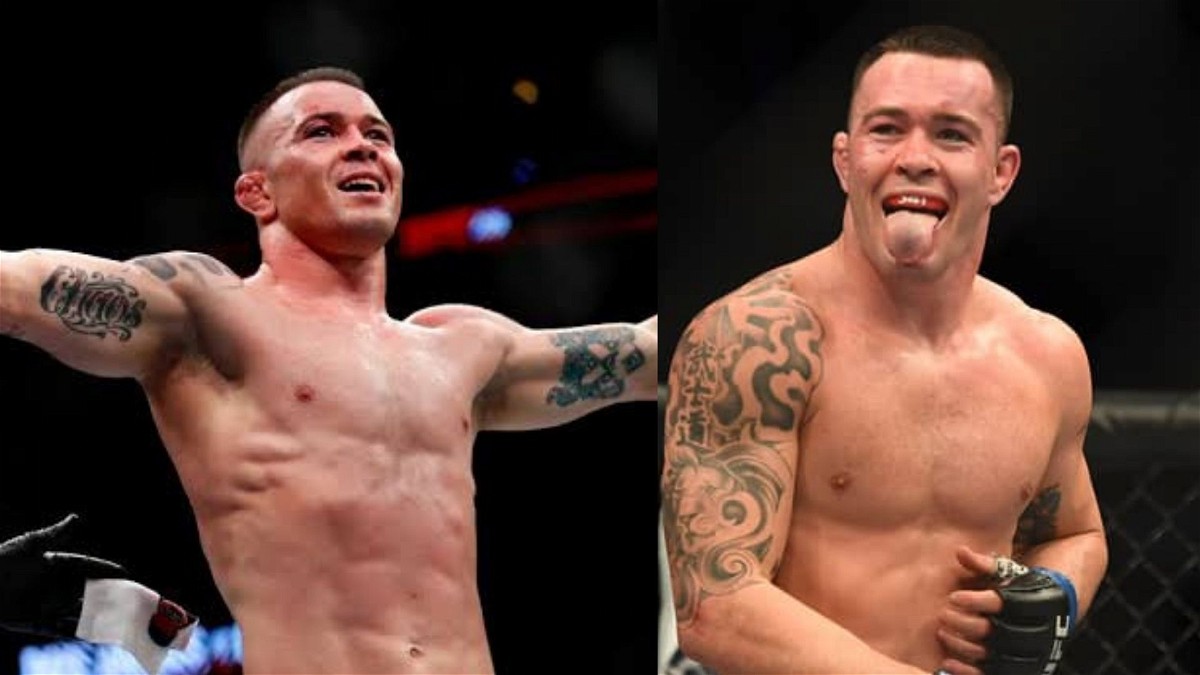 Colby Covington is undoubtedly one of the best MMA fighters to have ever stepped inside the octagon. The Chaos has wrecked through his competition with his exceptional all-around skills and has made his way to the top of the UFC’s welterweight division.

Since making his debut in 2014, the former interim champion has beaten big names like Tyron Woodley, Robbie Lawler, Rafael Dos Anjos, Demian Maia and many others.
Along with his brilliant UFC record, Colby also has an interesting personality outside the octagon that attracts the viewers.

Covington’s trash-talking and fearless attitude has brought him into the spotlight and consequently, fans tune in for his fights whether they hate him or love him. However, apart from smashing opponents inside the octagon and ruthlessly trading verbal barbs with rivals, The Chaos loves to live a lavish lifestyle.

Moreover, Covington also loves art and subsequently, the former interim champion has several tattoos on his body.
So let us try to understand the meaning behind Covington’s tattoos.

So far Colby Covington has not revealed the stories and meaning behind his tattoos in any of the interviews. However, there is one tattoo that needs no explanation and that tattoo is his nickname Chaos on his right bicep. The fighter chose to get this word inked as he loves his nickname.

And this word Chaos suits his personality as he likes to wreak havoc be it with his relentless fighting style or with his bad*** character outside the octagon. 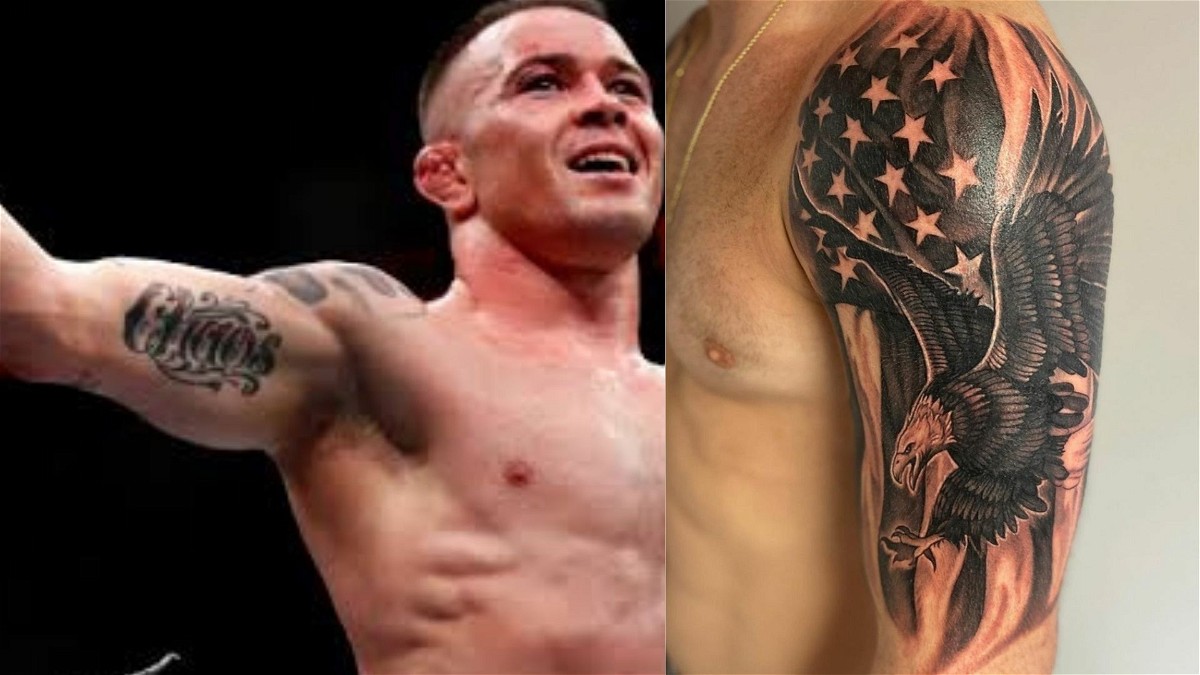 Covington’s left arm is covered by an eagle which is surrounded by the flag of the United States of America. This tattoo signifies the Founding feathers and the Eagle symbolizes the strength and freedom of America. Inkdupat2 completed this piece of art in 2020. The artist shared a time-lapse of the entire process of this tattoo on his YouTube channel and also thanked Covington on Instagram.

The Chaos has a phrase inked on his left rib called – “May Angels walk with me” and a tattoo of a cross on his right triceps. 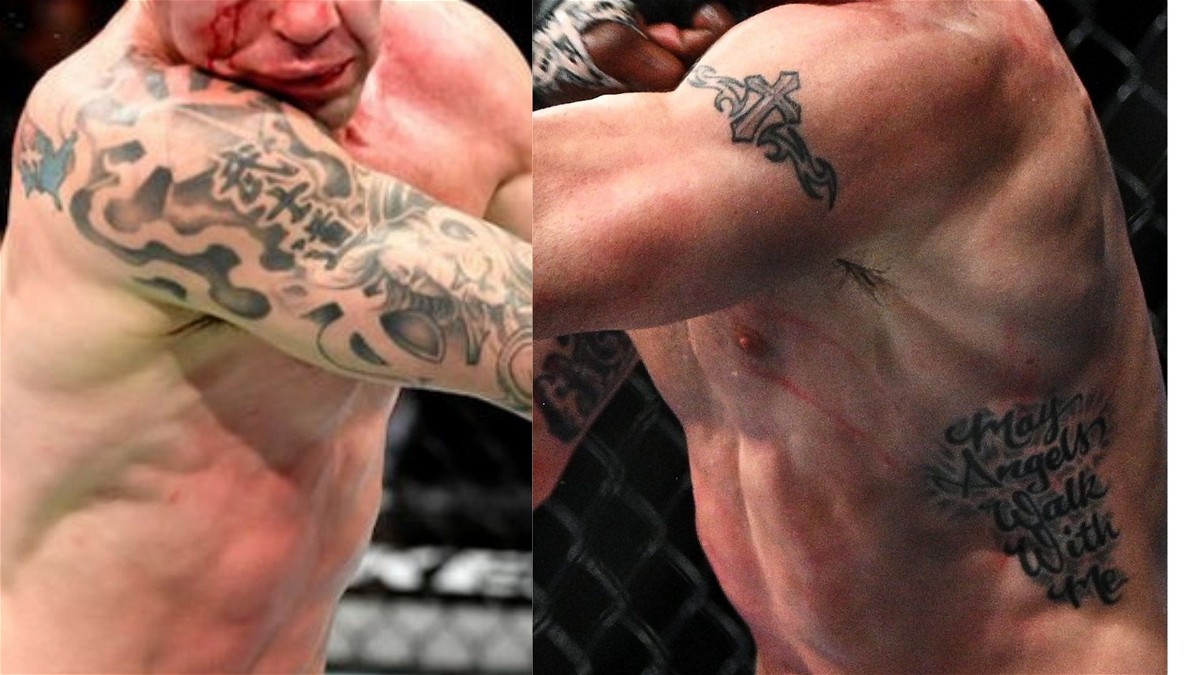 There are a few other tattoos on Colby’s body but there is no information available regarding the meaning and significance behind those ink pieces.