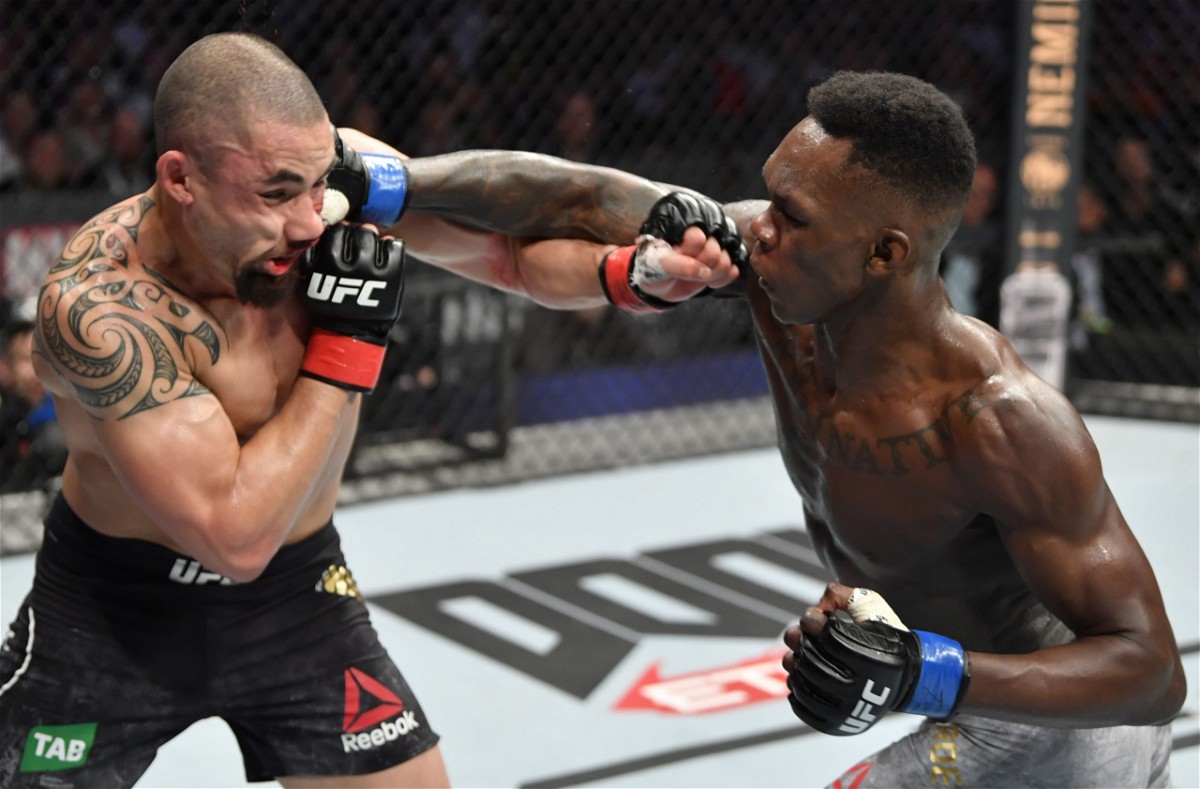 UFC 271 and its long-awaited main event, Israel Adesanya vs Robert Whittaker did not disappoint. The Toyota Center in Houston, Texas, was treated to a card full of great performances. It featured a post-fight interview that had the crowd on its feet and a scintillating heavyweight matchup between Tai Tuivasa and Derrick Lewis. And the final act of the night was no different.

Bruce Buffer’s iconic line got us pumped for the umpteenth time in our lives, and Herb Dean let the fighters go at what we’ve waited months for. Round 1 comfortably belonged to Adesanya, as his quick leg kicks hounded Robert Whittaker and he recorded one knockdown. Whittaker could not get a feel of his opponent and remained stifled and tame for the first 5 minutes.

Round 2 required Whittaker to do better and he did just that in the opening minute by landing one on Adesanya’s temple. However, he could not follow that up with a good enough combination to hurt the champion. Izzy continued with his leg kicks and maintained a distance from the Australian while taking advantage of his reach. But round 2 kicked off a spree of successful takedown attempts from the #1 contender that seemed to be getting the better of the champion.

Round 3 and 4 featured the same takedowns from Whittaker while The Last Stylebender seemed subdued. Jon Anik mentioned on UFC’s live broadcast that Joe Rogan texted him about the champion looking hurt. But what wasn’t broken was Robert Whittaker’s grit and mettle. He came back strong in his last 3 rounds to win 2 of them. In the process, he recorded a total of 3 minutes and 27 seconds of control time.

Polarising opinions in the post-fight interview

After a grueling 25 minutes, the fight went to the judges’ cards where it was scored 48-47, 48-47, and 49-46 to unanimously declare Israel Adesanya still the middleweight champion.

While Robert Whittaker expressed his disappointment on the judges’ scores. He thought he had done enough to get the win.

“I did (enough). Started off rocky in the first round. But I feel like I took every round after that.”

The Last Stylebender however dismissed any doubts that the fans harbored by once again securing a title defense. And followed it up with a fearless callout to anyone who dared to challenge him.

A clear and definitive warning sounded off to the rest of the division, he acknowledged Jared Cannonier’s win against Derek Brunson and pitched for a fight in June.

“I’m the big dog in the yard and I know the other dog, Jared Cannonier, just did some work tonight. So yeah, I’m pissing in his case the next time in June. Watch me!”