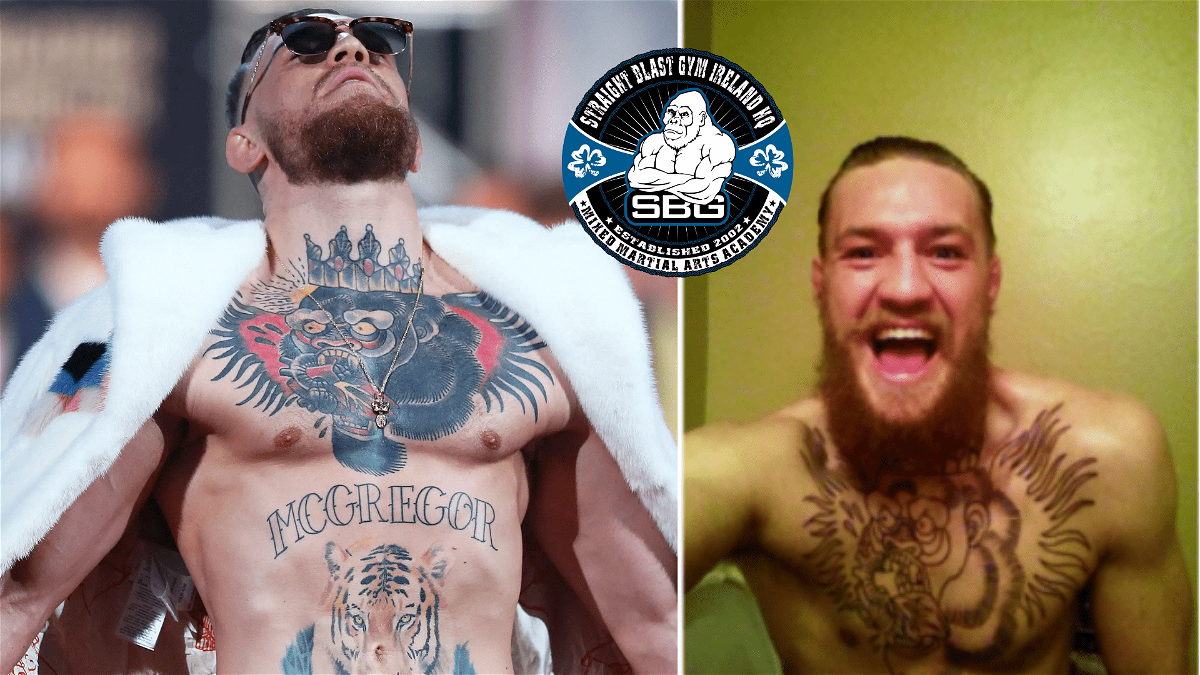 Back in 2013 when Conor McGregor made his UFC debut, the Notorious did not have a single patch of ink on his body. Jump to 2022, the former dual champion has most of his body inked with some of the craziest artwork that you will see in ink on a fighter’s body.

Over time, it’s needless to say that McGregor’s love for tattoos has also increased in number, with the former dual champion donning several tattoos over the years. However, the one that has made the most noise is the giant Gorilla that shines bright on McGregor’s chest.

Why does the Notorious Conor McGregor have a gorilla tattoo on his chest?

It won’t be wrong to say that McGregor’s chest tattoo grabs the most attention. The tattoo of a Gorilla on McGregor’s chest has made many fight fans wonder in curiosity about the reason why the Notorious must have decided to go with the animal tattoo. 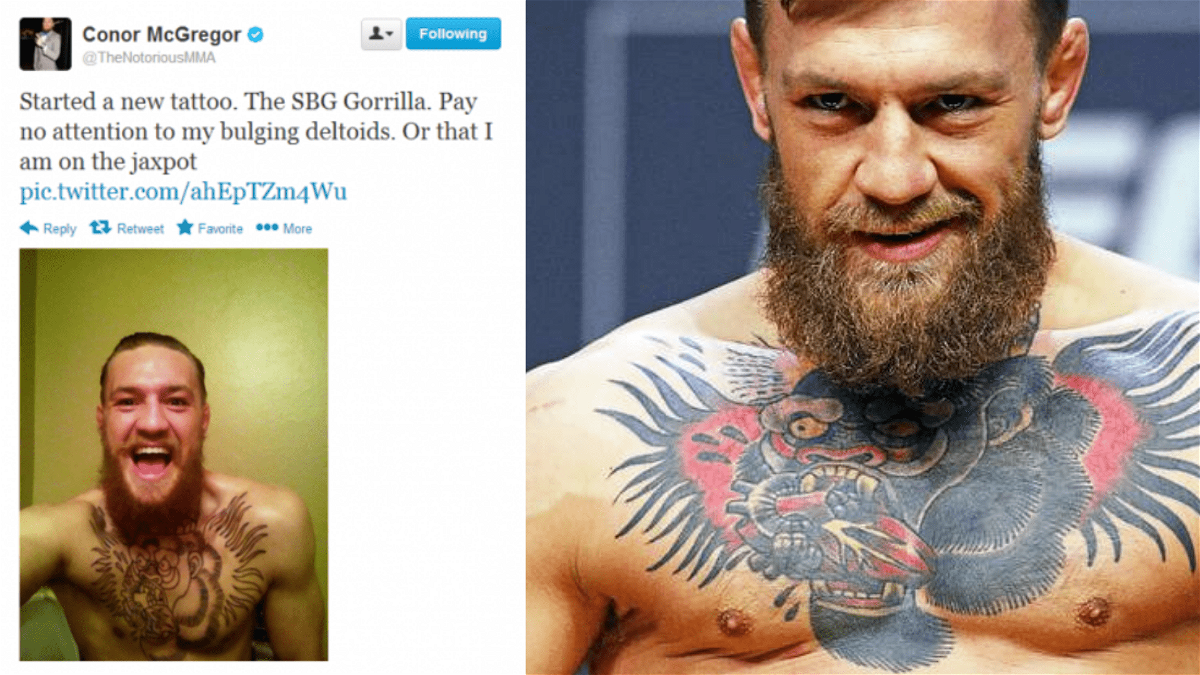 Conor McGregor is a jovial man and has often shown his funny side on various occasions during press interviews. The Notorious appeared on the Conan show on TBS and joked how the gorilla tattoo is “nice and lowkey.”

The tattoo of a gorilla with a crown eating a heart has made many fans wonder why would someone want to get such a tattoo. However, it’s not symbolic of anything that McGregor holds dear as the Notorious points out in conversation with Conan Christopher O’Brien.

“You always hear people talk about tattoos, that they have this kind of special meaning. I just like the way it looks.”

When did Conor McGregor get the gorilla ink on his chest?

Conor McGregor first appeared with the gorilla with a crown eating a heart tattoo during his fight against Diego Brandao. If we take a look back at McGregor’s UFC career, the Irishman did not have the chest tattoo in his fight against Max Holloway back in August of 2013, revealing the gorilla tattoo for the first time in his third UFC bout against Brandao.

Also Read: WATCH: Conor McGregor Shadow Boxes For Thousands of Fans in California Ahead of the Dustin Poirier Trilogy

“My gym’s logo is a Gorilla. It’s not that particular gorilla. But it’s a gorilla. So I wanted to get something along that line. I feel like I am the king of Gorilla so I took the crown, and I had him eat the heart. It felt right.”

However, McGregor has added that the gorilla tattoo on his chest is in part a tribute to his gym Straight Blast Gym. The Notorious started his mixed martial arts journey at Straight Blast Gym in Ireland under BJJ coach John Kavanagh and continues to work with the same coaches even today.