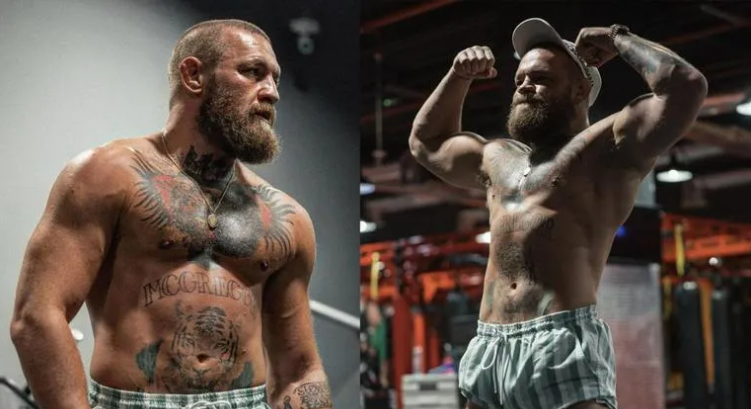 Conor McGregor sent mayhem through out the UFC community when he opened up on his GOAT list in a twitter thread, that saw many fighters criticizing the former dual champion. There were so many surprises in the list, foremost being McGregor’s own decision to keep him at #2 in the list of his own greatest mixed martial artists of all time, ahead of some of the biggest names in MMA. The list did not go down very well with Jon Jones, who was placed at #4 by Conor McGregor, in a close tie with #3 Georges St-Pierre. McGregor also missed out some of the best in the business including Demetrius Johnson.

Many UFC fighters responded to McGregor’s list, with Khabib Nurmagomedov claiming that Conor is the greatest fighter on Twitter. Jon Jones called out McGregor, and said that he would rather let the fans do the talking for him. Amidst growing comments from all over the MMA world, former dual champion Daniel Cormier also reflected on McGregor’s list and has come out with a GOAT list of his own.

In the latest edition of DC and Helwani, Daniel Cormier weighed in on Conor’s GOAT list, and offered a list of his own. Cormier jumped straight to the point, as he mentioned that fighters with doping violation do not make it to his GOAT list. Despite not completely agreeing with McGregor’s list, DC firmly believed that McGregor makes it to his list of the greatest mixed martial artist of all time.

“Honestly, man, when you start doing that, when you start weighing accomplishments, you gotta start thinking? Conor McGregor is in there! Dude won two titles! I know he didn’t defend anything, but he won two championships! Henry Cejudo is in there, too! Cejudo won two belts.”

It’s hard to disagree with DC. Despite the ongoing debacle over who is the greatest mixed martial artist of all time, McGregor shall forever find a place in the conversation on accomplishments inside the octagon. He is the first fighter to simultaneously hold championship belts across two divisions, and is probably the greatest featherweight of all time, on par with Jose Aldo.

Along with Conor McGregor, Cormier also mentioned Henry Cejudo, who achieved the same feat in the flyweight and bantamweight division. Undefeated Khabib Nurmagomedov also made it to the list. Cormier did not miss out on flyweight GOAT Demetrius Johnson, and felt that Georges St-Pierre is unarguably the greatest mixed martial artist of all time.

““I’d say, in no particular order. Demetrious Johnson. Georges St-Pierre. Khabib Nurmagomedov (who goes to 28-0). Myself’s in there.”

Do you agree with Daniel Cormier’s list? Do let us know in the comments section.